Another dodgy 'story' by Australia's Mickey website, written to attract those all-important clicks.

Brad Pitt and George Clooney used to be close, but they, allegedly, had a falling out six years ago.
According to New Idea, Brad Pitt is enraged after Clooney refused to invite him to his and Amal Clooney’s wedding. After all, the human rights lawyer allegedly hates Angelina Jolie. However, no concrete pieces of evidence can confirm that these hearsays are correct as of this writing.


George Clooney allegedly snubbed Brad Pitt
But the insider insisted that Pitt and Clooney’s once-tight bond deteriorated after the latter snubbed the former. And now, the A-listers’ feud is allegedly reignited by their desire to cast Julia Roberts in their future projects.

“Both George and Brad and their respective production companies want to restart the industry with huge movies, and they will be competing with each other. It’s not going to help that they have had a bit of a falling out over recent years. Brad and George used to be super close, but ever since George left Brad off his wedding guest list because Amal hated Angelina Jolie, there’s been more tension and more than a little rivalry,” the unnamed source said, as per New Idea. 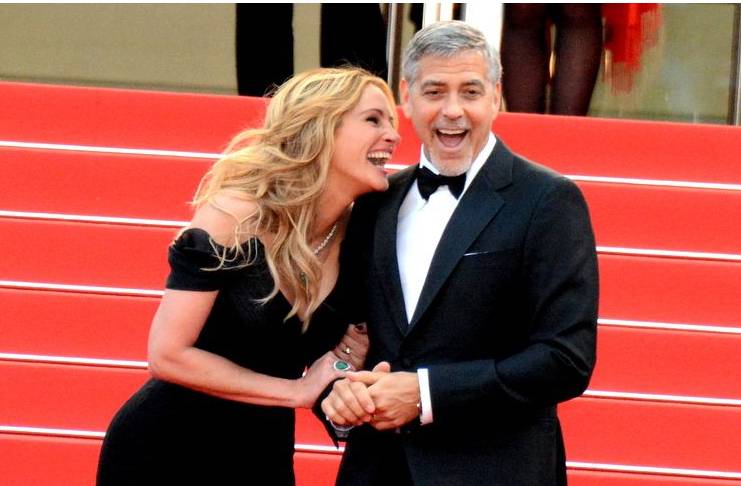 Brad, George allegedly fighting over Julia Roberts
The insider also claimed that Pitt and Clooney want to do something steamy to make sure that their respective projects will become a box office hits. And they are both allegedly eyeing to make a thriller romance with Roberts.

“And neither will take no for an answer from Julia to play their leading woman. At first, Julia was flattered to be so in demand by two of Hollywood’s biggest stars. And then it started to get a little weird. They’ve figured out they both want her for the same thing and it’s been a full-court press on winning her over. There are constant phone calls, texts, invitations to cozy dinners for two, flowers. Julia feels like she’s being courted by a lover, not a potential colleague,” the source said.


Angelina Jolie, Amal Clooney bonding over their dislike for Julia Roberts?
The tabloid also mentioned Jolie and Amal in their phony story. They said that Pitt and George’s respective spouses are not comfortable with Roberts being their husbands’ go-to person.

“Neither Angie nor Amal were comfortable with Julia being their go-to girl for tea and sympathy and they’ve long had separate suspicions that George and Brad were harboring secret crushes on Julia. Of course, the two women couldn’t bear to be in the same room so they never did compare notes, but finding out about Brad and George fighting over Julia might be the one thing that bonds them now,” the source said.

However, one should take the claims made by the tabloid with a grain of salt. Brad Pitt and Clooney aren’t fighting over Roberts. And Jolie and Amal don’t also hate each other.

Basically, I understand this as "We're going for click-bait inflammatory headlines but then kissing Hollywood stars' backsides by denying it all".

It must be a really hard time for paparazzi and tabloids: Celebrities are not going out and don't have to promote theirnew projects, so they don't have to appear in in talk shows etc.

So the tabloids are repeating tge same old stories over and over again, and as long as we read them, it works...

Exactly, Carol. I have never seen so many unknown 'celebrities' dragging paps out to create a