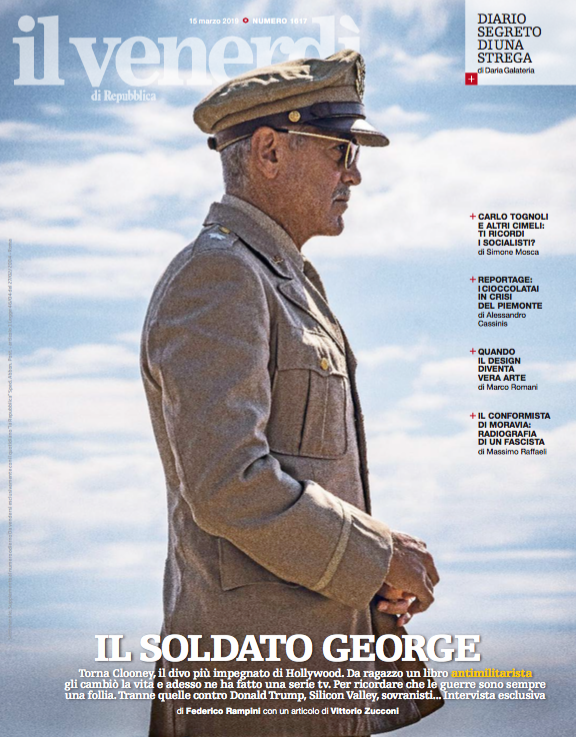 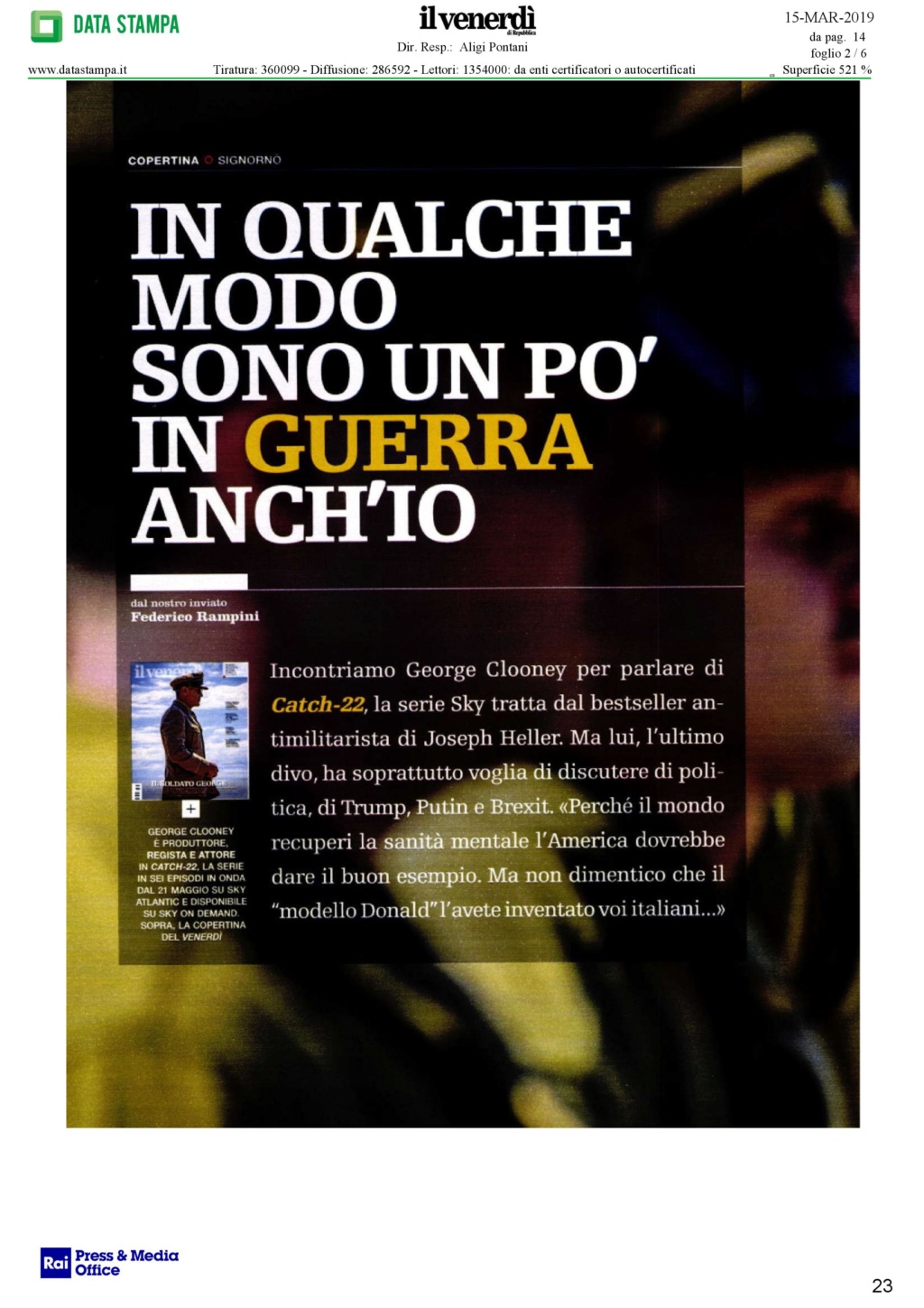 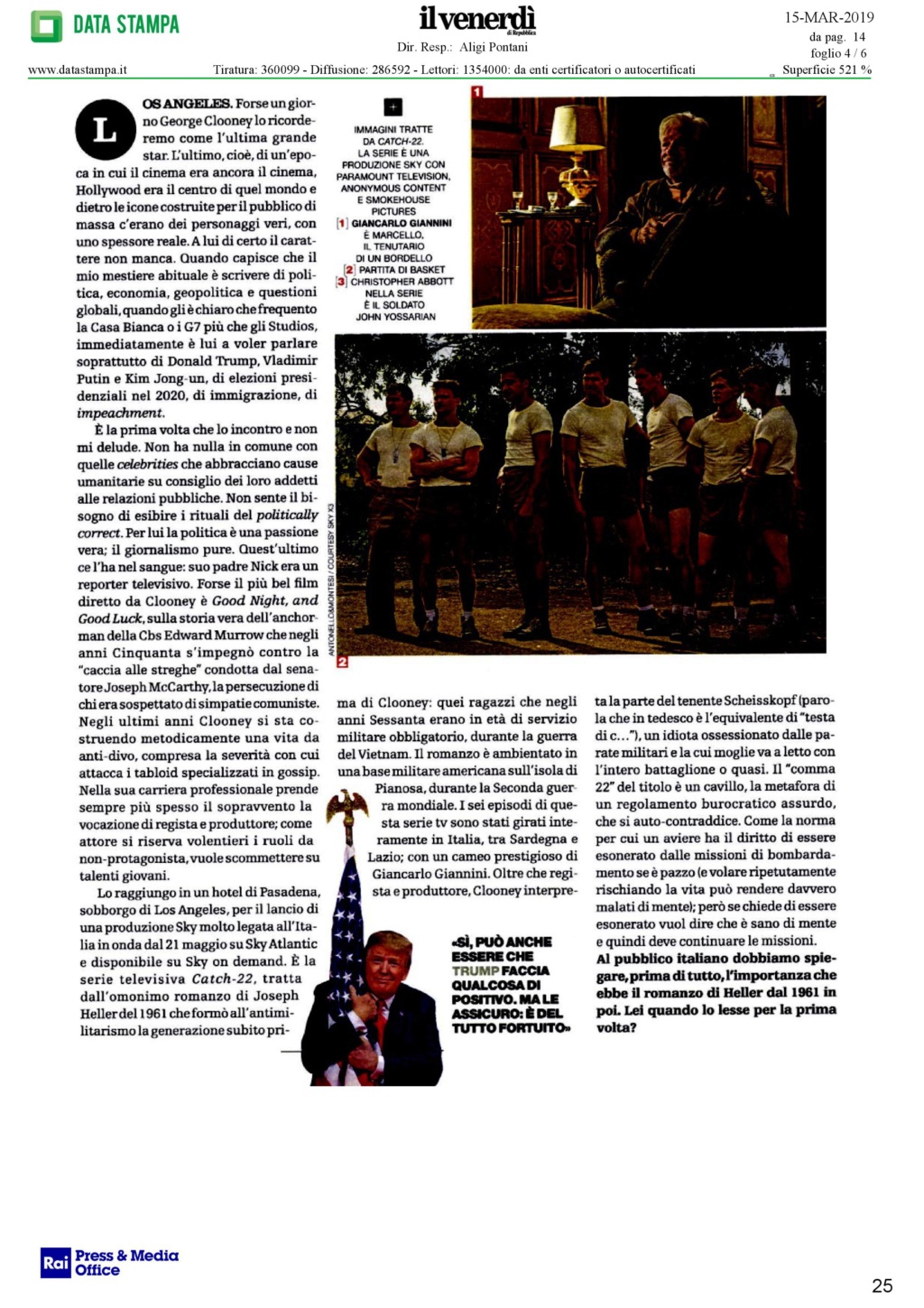 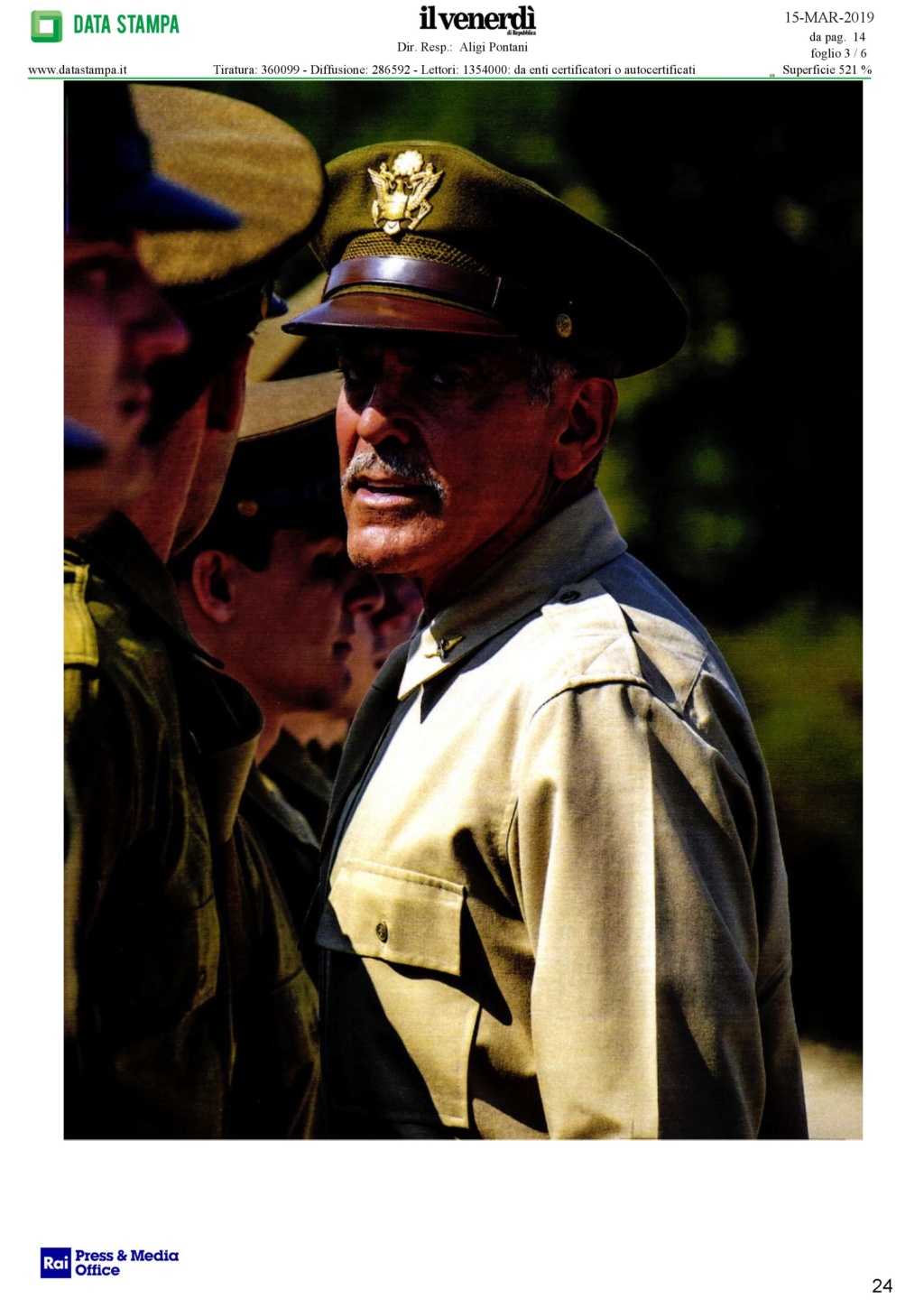 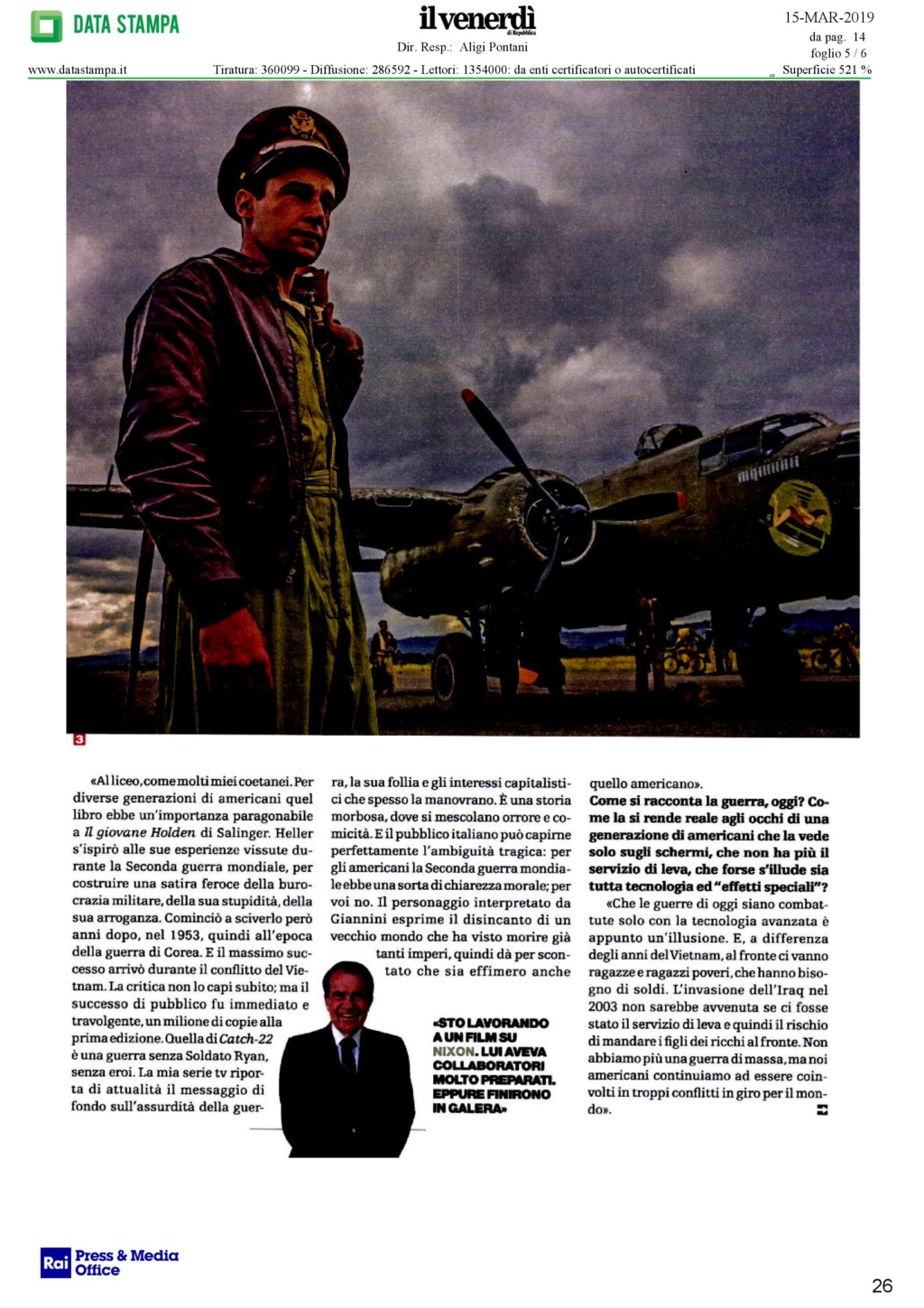 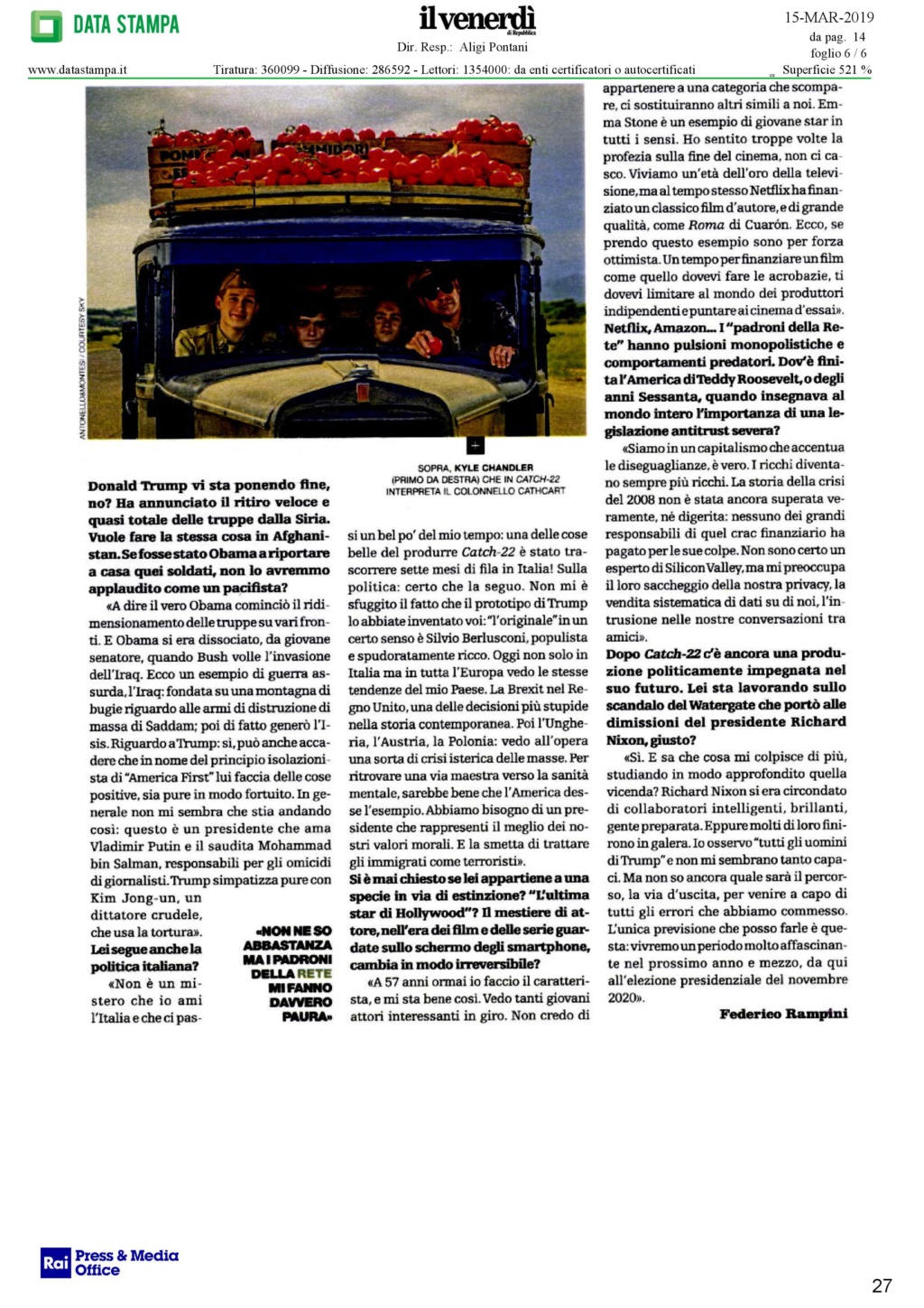 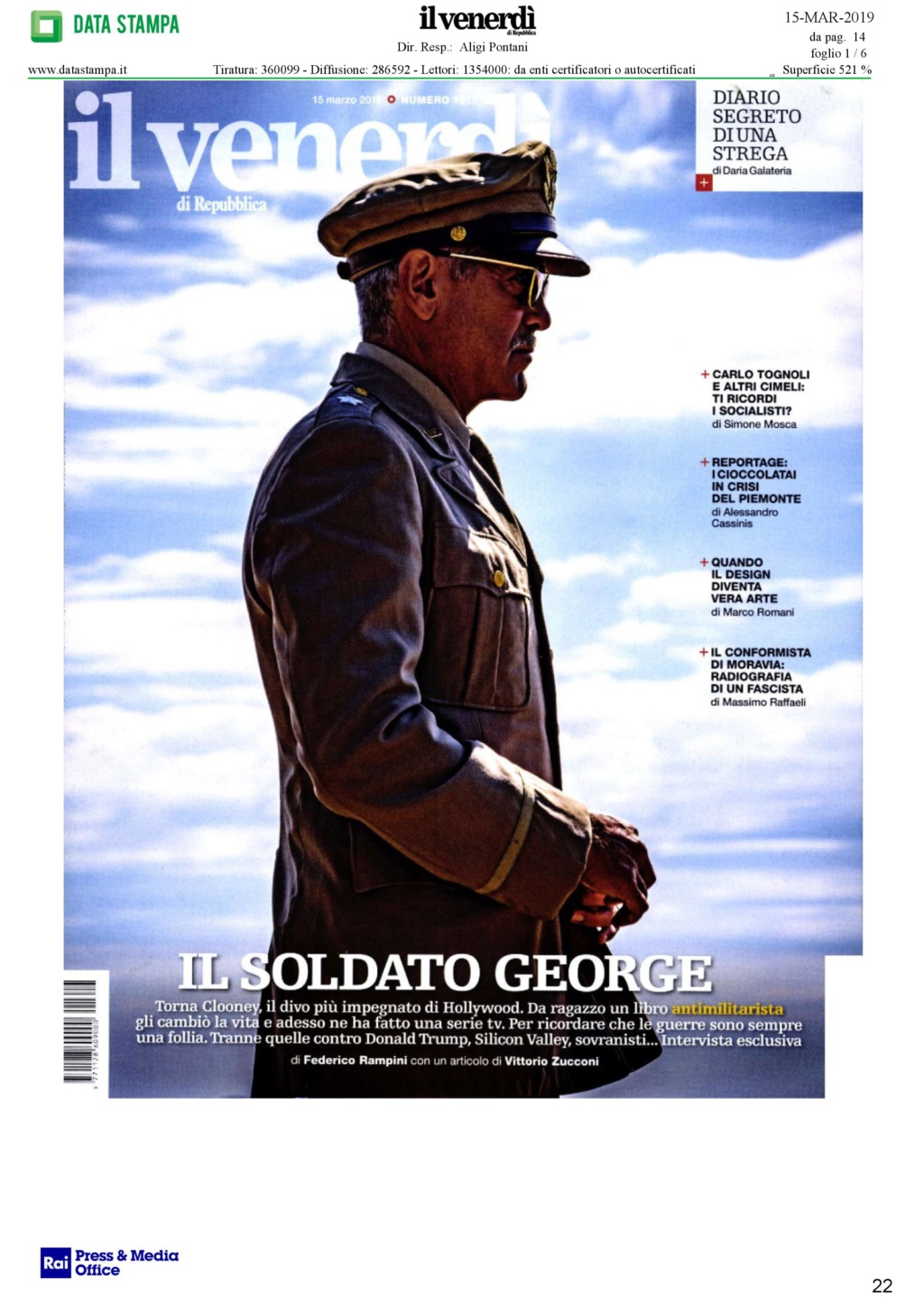 Clooney, the busiest star in Hollywood, returns. As a boy, an antimilitarist book changed his life. And now he has made a series, "Catch-22". Interview. On the Friday of March 15th


Private George goes on TV
He wants to talk about wars, those of yesterday and those of today. Of the masters of Silicon Valley, of the European sovranisti and of how Trump is crumbling the "true American moral values". It is a river in full George Clooney that Federico Rampini met in Pasadena, Los Angeles, on the occasion of the launch of the Sky Catch-22 series (broadcast from May 21st) of which he is producer, director and actor. In the exclusive interview to be published on the Friday of March 15, Clooney explains why he wanted to shoot the six episodes from Comma 22 of Joseph Heller: «The basic message on the absurdity of war, its madness and interests is extremely topical capitalists who often maneuver it ". At the objection that Trump is bringing home many soldiers from foreign missions, Clooney replies: "He can also do positive things, but they are doing so by chance". The cover story closes with an article in which Vittorio Zucconi tells why in 1961 Comma 22 became a cult book: while the USA was convinced of living in maximum well-being, the novel brought to the surface the malaise that ran through the minds of millions of people.