Yesterday at 14:02 by annemarie

Yesterday at 02:31 by annemarie 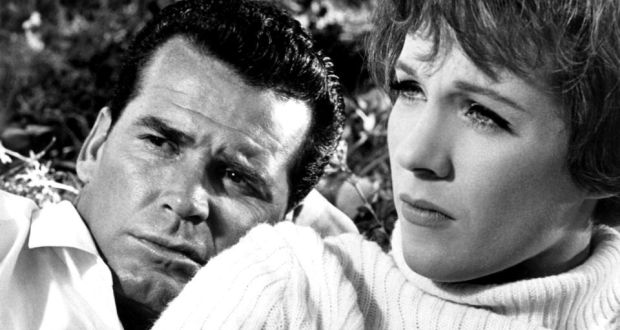 Television’s loss was the movies’ gain: James Garner with Julie Andrews in The Americanization of Emily (1964)

When the great James Garner died last weekend, more than a few obituaries unkindly noted that, though huge on television, he had never really burst through as a movie star.

The word “unkindly” is not thrown around glibly here. There is no question that, when Garner was in his pomp, a distinct hierarchy governed attitudes to the two media. Obviously, it was awfully nice (and very profitable) to star in a hit TV show. But proper movie stars looked upon their small- screen counterparts in much the same way that ancient royal families glance at clans who made their money flogging liquid manure. The US is a young country , and Hollywood counts as one of its gilded principalities.

Garner was an unusual case. In fact, he starred in many excellent films. There are few action flicks better than The Great Escape. He’s great opposite Doris Day in Move Over Darling. Arthur Hiller’s The Americanization of Emily deserves rediscovery. But his cinema work will always be overshadowed by performances on the small screen inMaverick (quip-heavy western) and the mighty, untouchable The Rockford Files (the best unacknowledged updating of Chandler).

There was enough of a film career there for Garner to sit quite a few rows above the likes of Hawaii Five-O’s Jack Lord in the pantheon. The obituarists did, nonetheless, still feel the need to add that every so slightly deflating qualification.

The rules governing these hierarchies are worth revisiting. If an established movie star moved to TV, it generally indicated that his “main” career was at an end. By the time Rock Hudson turned up on McMillan and Wife, his chiselled Lucky Strike-commercial looks had been out of fashion for at least a decade.

On the other hand, rugged-faced character actors could make the move without much damaging their reputations. Peter Falk will always be most famous as the immortal Columbo, but he continued to help out high-brow chums such as John Cassavetes and seemed no less respectable for his dalliance on filthy NBC. The notion of Robert Redford or Paul Newman appearing on one of that network’s Mystery Movies would, however, have been close to unthinkable. They would have been less reluctant to earn money holding a “golf sale” sign on Sunset Boulevard (if that happened back then).

Similarly, it was a hard and fast rule that, once a star was established on TV, he or she could never make the jump to film. The exceptions proved the rule. Cliont Eastwood, big in Rawhide during the 1950s, made the transformation, but he was forced to take an obscure side route through mid-budged Italian westerns.

That’s all changed now, we hear. Bruce Willis and George Clooney are movie stars. Matthew McConaughey appears in True Detective. Kevin Spacey is in House of Cards. But has it really changed that much? Just ask McConaughey if he’d swap his Oscar for an Emmy. I suppose he might take you up on the offer. Yeah, right.