Google translation, looks liek this was few days ago, maybe there are still in Paris... 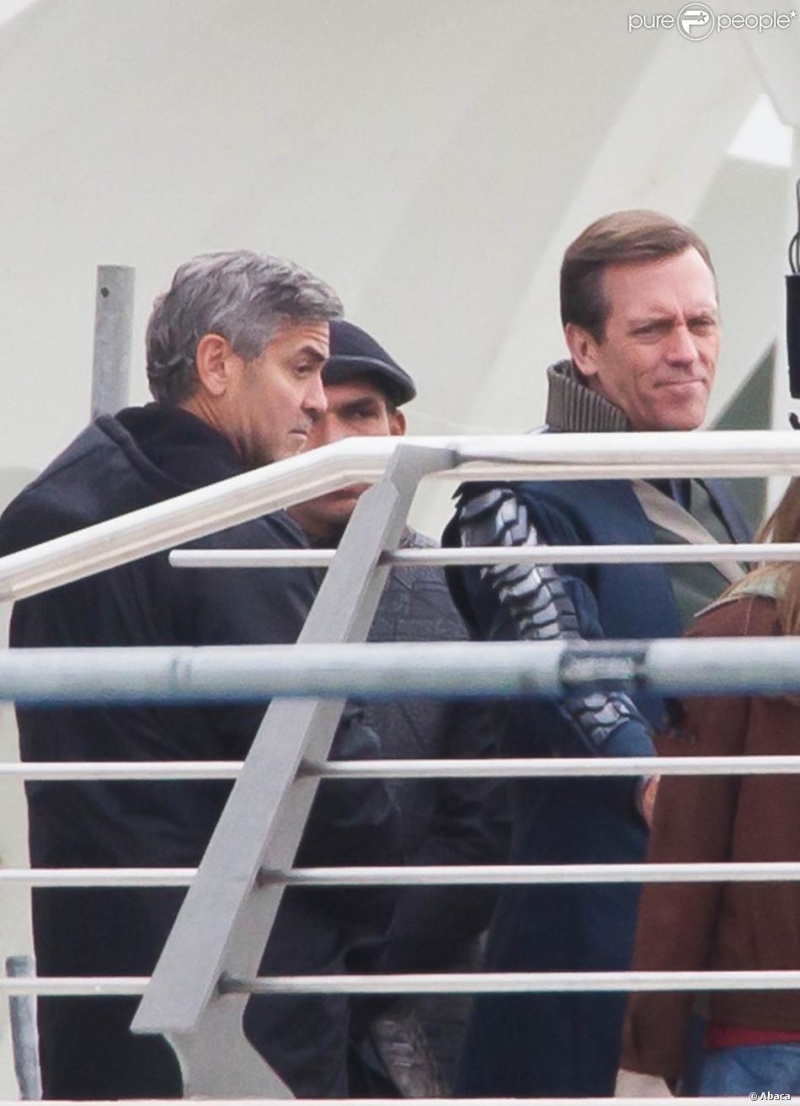 Happened earlier this week in Paris , Hugh Laurie turned in great secrecy over some footage of his next film, Tomorrowland . In the French capital, the British actor 54 years donned his costume villain in this production SF Disney realizes that Brad Bird ( Mission Impossible 4 , Ratatouille ) .

Coincidentally, this Wednesday, February 12 , while Hugh Laurie lodge in the Parisian palace of Bristol, George Clooney and Monuments Men are also within the walls of luxurious Parisian hotel . The actor-director , who is also the casting of Tomorrowland , took the opportunity to meet Hugh Laurie, time for a hug and a few words before heading to the press conference with his colleague and friend Jean Dujardin .

If the arrival in the French capital George Clooney remained exclusively promotional , Hugh Laurie had meanwhile come to add some Parisian sequences in this film began in late summer 2013 near Vancouver. Tomorrowland tells the story of a bright and optimistic teenager gifted with great scientific curiosity and a man who was once a young genius inventor before losing his illusions. Linked by a common fate , they embark on a perilous mission. They want to discover the secrets of a mysterious place somewhere in time and space and that seems to exist only in their common memory. This place is called Tomorrowland ...

The film , in which we also find Britt Robertson, Thomas Robinson Rafey Cassidy and the casting out in our rooms for the Christmas holiday on 24 December.

I always try to put whatever pictures there with the articles also. I do't like to change anyone's format.