Just wanted to add a quick post about the Blu Ray set which seems to have got some poor reviews for it's picture quality.

I had been put off upgrading because of these reviews but finally decided to see for myself. Absolutely nothing wrong with them. I think causal buyers have confused the way the films were shot - exaggerated colours, grainy film etc.

Well worth getting an there is nearly an extra half an hour of deleted scenes on Ocean's 12.

The only way it could have been improved is some new documentaries, or one feature length doc for the trilogy. The Promo behind the scenes stuff is nice to have, but as these served to sell the films, you don't get an in depth look at the maing of these great films. 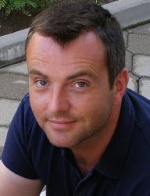