Yesterday at 11:17 by annemarie

George, Boris and The Marbles

George, Boris and The Marbles

Re: George, Boris and The Marbles 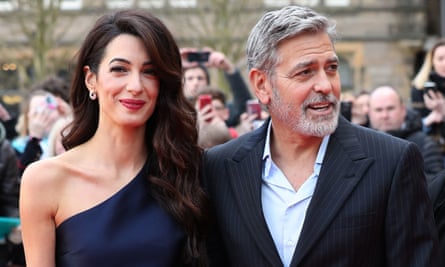 [size=10]George and Amal Clooney, representing the Clooney Foundation for Justice, arriving at a charity gala at the McEwan Hall in Edinburgh. Photograph: Andrew Milligan/PA[/size]

[size=16][size=14]George Clooney will not be sending Boris Johnson a Christmas card, but he may send a thank-you note to No 10 – along with a comb, he told the [size=14]Observer this weekend.
The Hollywood film star and director has recognised he owes part of his current domestic contentment and job satisfaction to a strange run-in he had with the prime minister early in 2014, while Clooney was secretly courting his future wife, Amal.

Johnson, he tells the Observer, “literally compared me to Hitler”.
The incident, which earned media coverage at the time, centred on the stance Clooney took on the return of the Parthenon marbles, removed on the orders of Lord Elgin, to Greece. 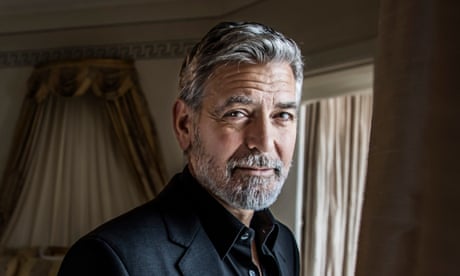 George Clooney: ‘It’s been a crappy year, but we will come out of it better’

The actor was in Britain promoting the film The Monuments Men, which he directed and starred in – a second world war story about the efforts to protect cultural artworks from Nazi looting and damage, which prompted discussion of the British Museum’s long-contested ownership of the marbles. Clooney argued they should be returned and Johnson, then mayor of London, replied in characteristically vaudeville form.
“Someone urgently needs to restore George Clooney’s marbles,” he told the Telegraph, suggesting the actor did not know that Hermann Göring had also planned to repatriate the artefacts inside the London museum. “This Clooney is advocating nothing less than the Hitlerian agenda for London’s cultural treasures,” Johnson concluded.
Speaking to the Observer magazine, Clooney laughed as he recalled the row. “It was kind of great for me!” he said. “Amal and I were secretly dating at the time. No one knew. There was all this uproar about what I’d said. And I was meeting Amal for dinner that night.”
Alamuddin, as she then was, had been hired as a lawyer to argue the Greek case for the return of the marbles and so was able to brief Clooney in depth. Their discussions forged a strong bond between them and also shaped the campaigning international work they do together now.
“I’ll send him a note. A thank you note. And a comb,” Clooney said.
He went on to explain his enjoyment of the high-profile battles he and Amal fight through the foundation they set up four years ago to hold human rights abusers to account.
“Working less on movies, working more on life. I gotta tell you, it’s been pretty fun chasing some war criminals around.” He says the role also helps him to feel a better father to the couple’s three-year-old twins, Alexander and Ella.
“I just feel like, with kids this age, having young children in a period of time when there’s all this craziness, I wanna make sure I can say, ‘these are the things we did to stand against this moment in history’. Not just to make them proud. But to make their world better.”[/size][/size]