FULL videos of them on the carpet
https://www.youtube.com/watch?v=r7KLAIhrKiU 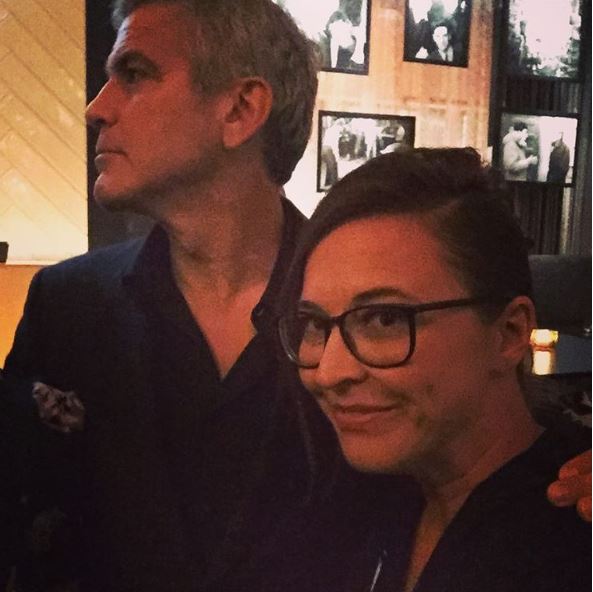 Lainey's take on the TIFF afterparty and George and Sandra

George Clooney showed up to support Our Brand Is Crisis (Sarah’s review will follow) on Friday, arriving at the carpet early to hang out with fans and to work as much of the press line as he could. That’s standard Chairman behaviour and we see it every time he comes here. When there’s a job to do, he does it, and he makes sure that other people can do theirs too. Also though, he loves to party.
Here’s the difference between how George parties and how Sandy parties. It was a pretty big party following the premiere. Sandy spent most of her time upstairs, in a private area, and the two barely interacted if at all. Not sure if it’s because they don’t hang that way or if it’s because George was downstairs, not being hovered over by bodyguards, and pretty accessible, working the room for quite a while. I’ve seen him in this kind of a situation before and it’s almost exhausting. He doesn’t stop talking, he doesn’t stop laughing, he doesn’t stop being George Clooney. She left before he did and there was no attempt to come over to him to say goodbye. They were seeing each other tomorrow at the presser anyway. He stayed and kept drinking, Casamigos tequila, obviously. A lot of it. Like, anyone who was there will tell you – George Clooney was drunk…and having a better time than anyone else. So if you wanted to, if you wanted to be that person, ahem, my friend Jessica Allen, you could have approached him, no problem, and asked him for a picture. 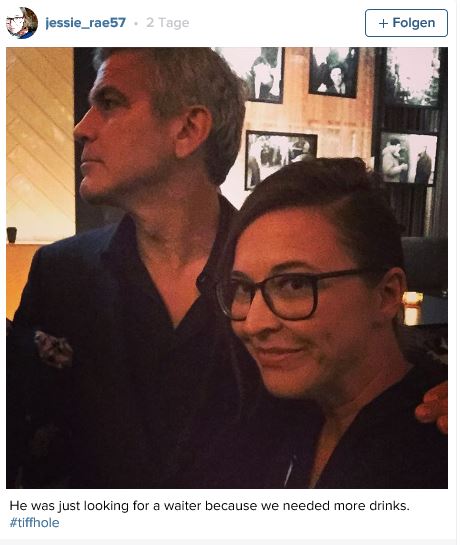 That’s not how it works with, say, someone like Johnny Depp. The body language on Johnny Depp and his security doesn’t invite those kinds of moments. George just doesn’t like being sectioned off in those kinds of environments – and believe me, most of them do. If George Clooney is going to a party, he’s going to be part of the party. It’s hard not to love this.

Oh Please did this person count how many drinks he had, it is ridiculous every time he is at an event and has a drink he is drunk. George was at a work event I don't believe for a minute he got drunk.

I don't believe either that George was really drunk. He had a few drinks but again, I don't think that he was really drunk. Myybe a bit tipsy. For the other photos at the Casamigos event in Ibiza: He tells everybody all the time how smooth his tequila is. So the best way to demonstrate this would be to take a big zip from the bottle and not cringe.

oh this is funny

George Clooney looked like a zombie as he arrived at the Toronto International Film Festival. The Hollywood hunk had crazy blacked out eyes and a gormless look on his face. 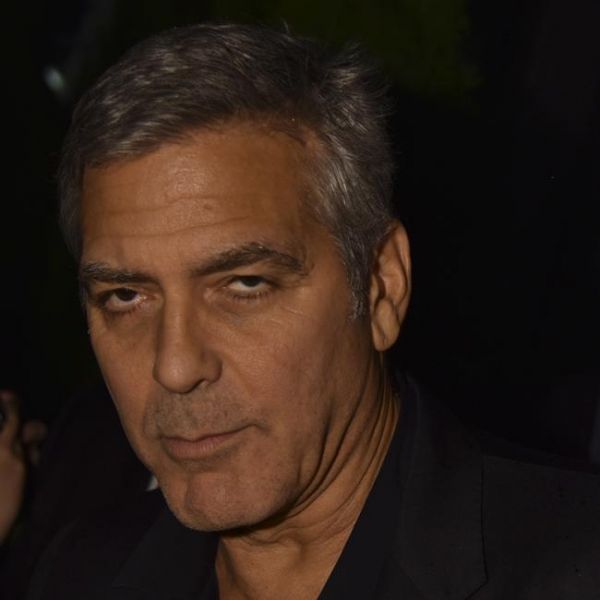 Ok, maybe I was wrong