Latest topics
» Why do so many people hate Amal Clooney

CLOONING AROUND AT THE CAP 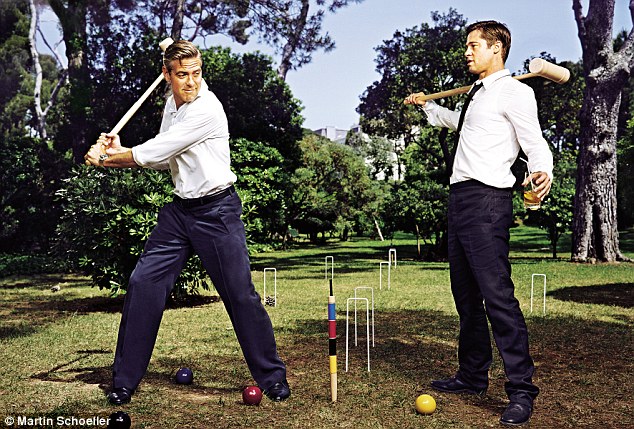 'These two are great friends – they love being together, they are comfortable around each other and while (George) Clooney is smart and focused, (Brad) Pitt is a big kid,' said Martin Schoeller


(2007 This was shot at the Hotel du Cap in Cannes. The game of croquet was not just for the picture – George Clooney and Brad Pitt were genuinely playing and didn’t want to stop, so I couldn’t get them to stand in a particular pose or a place. In the end I stood 20 yards away while they goofed around and I caught them at just the right moment. Even when I broke the game up briefly, they were still in a playful mood and that made the ‘playing’ shot less far-fetched in a way. These two are great friends – they love being together, they are comfortable around each other and while Clooney is smart and focused, Pitt is a big kid who brings out his friend’s lighter side. It gives the shot its energy.