Saw some talking about this thought you should have a place for those effected to check in. Hope you are all OK! They say it could be felt all the way to Indiana.

.WASHINGTON (AP) — A 5.9 magnitude earthquake centered in Virginia forced evacuations of all the monuments in Washington and rattled nerves from the southern state of Georgia to Martha's Vineyard, the Massachusetts island in the northeast where President Barack Obama is vacationing. No injuries were immediately reported.

Related: Earthquake risks on the East Coast
Two nuclear reactors at the North Anna Power Station in the same county as the epicenter were automatically taken off line by safety systems around the time of the earthquake, said Roger Hannah, a spokesman for the U.S. Nuclear Regulatory Commission.

The power plant is being from four emergency diesel generators, which are supplying power for critical safety equipment. Hannah said the agency was not immediately aware of any damage at nuclear power plants in the Southeast.

Obama and many of the nation's leaders were out of town on August vacation when the quake struck at 1:51 p.m. EDT (1751 GMT). The shaking was felt on the Martha's Vineyard golf course as Obama was just starting a round.


The U.S. Geological Survey said the earthquake was half a mile (800 meters) deep and centered about 40 miles (64 kilometers) northwest of Richmond, the state capital of Virginia. Shaking was felt at the White House and all over the East Coast, as far south as Chapel Hill, North Carolina, Parts of the Pentagon, White House and Capitol were evacuated.


At the Pentagon in northern Virginia, a low rumbling built and built to the point that the building was shaking. People ran into the corridors of the government's biggest building and as the shaking continued there were shouts of "Evacuate! Evacuate!"

The U.S. Park Service evacuated and closed all National Mall monuments and memorials. At Reagan National Airport outside Washington, ceiling tiles fell during a few seconds of shaking. Authorities announced it was an earthquake and all flights were put on hold.

In New York, the 26-story federal courthouse in lower Manhattan began swaying and hundreds of people were seen leaving the building. Court officers were not letting people back in.

The quake came a day after an earthquake in Colorado toppled groceries off shelves and caused minor damage to homes in the southern part of the state and in northern New Mexico. No injuries were reported as aftershocks continued Tuesday.

In Charleston, West Virginia, hundreds of workers left the state Capitol building and employees at other downtown office buildings were asked to leave temporarily.

Related: Facts behind the Richter scale

"The whole building shook," said Jennifer Bundy, a spokeswoman for the state Supreme Court. "You could feel two different shakes. Everybody just kind of came out on their own."

In Ohio, where office buildings swayed in Columbus and Cincinnati and the press box at the Cleveland Indians' Progressive Field shook. At least one building near the Statehouse was evacuated in downtown Columbus.

In downtown Baltimore, the quake sent office workers into the streets, where lamp posts swayed slightly as they called family and friends to check in.

Social media site Twitter lit up with reports of the earthquake from people using the site up and down the U.S. eastern seaboard.

"People pouring out of buildings and onto the sidewalks..in downtown DC...," tweeted Republican strategist Kevin Madden.

"did you feel earthquake in ny? It started in richmond va!" tweeted Arianna Huffington, president and editor-in-chief of the Huffington Post Media Group.

John Gurlach, air traffic controller at the Morgantown, West Virginia Municipal Airport was in a 40-foot-tall (12 meters) tower when the earth trembled.

"There were two of us looking at each other saying, 'What's that?'" he said, even as a commuter plane was landing. "It was noticeably shaking. It felt like a B-52 unloading."

Immediately, the phone rang from the nearest airport in Clarksburg, West Virginia, and a computer began spitting out green strips of paper — alerts from other airports in New York and Washington issuing ground stops "due to earthquake."

Hi Hen, as far as I've been reading everybody in this area is OK. It's amazing though how these things are scattered. Can pass one state and go right on to the next.

I'm okay in Staten Island. House shook some but no damage. We really don't get earthquakes along the East Coast so when we do we tend to talk about it. Hope we don't bore anyone. Don't get much excitement, so I guess this would count. My 12 yr. old grandson went into panic mode (he's such a wimp) when the most earthshattering thing for him was NO CELLPHONE SERVICE. 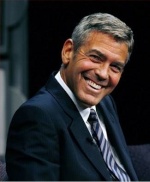 @pattygirl wrote:I'm okay in Staten Island. House shook some but no damage. We really don't get earthquakes along the East Coast so when we do we tend to talk about it. Hope we don't bore anyone. Don't get much excitement, so I guess this would count. My 12 yr. old grandson went into panic mode (he's such a wimp) when the most earthshattering thing for him was NO CELLPHONE SERVICE.

I am right here in Virginia, on the other side of the Potomac looking at Washington. I was in a store when the earthquake struck and I thought some saleladies had overturned some racks of clothings while rearranging the new fall line. When I got home I found some minor rearranging to do, magazines off the racks, pictures on the wall all tilted one way, but nothing major. Hope we don't have any aftershocks. Thanks for thinking of us. 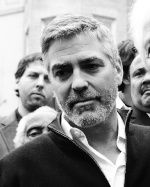 Glad it wasn't any real damage for you either.

I was driving when the earthquake happened. Didn't know. Guess I missed all the fun. I'm glad everyone so far is OK.

Glad to hear everyone is OK, was online when Pattygirl posted at !:06, turned on TV and got to see film of everything shaking in D.C. Doesn't sound like something anyone is prepared for in that part of the country. Same here in Texas, we have one every once in awhile, but being such a large state I usually don't feel it, but it's still big news. Hope all is well for those of us in that area, and there are no after shocks.

I'm glad everyone is okay! Have we heard from everybody?

P.S. I tried to post earlier but there was a glitch... internet went out.

I am glad everyone is fine! Apparently, people at work felt that the building was shaking. I did not feel anything

ps: my whole family back home called and texted me to know if I was safe. Yeah, didn't even feel it,

Glad u girls are ok. Unusual for this side of the US. Lets hope that was the only one. Hope you all get through Irene now. She seems mighty fiesty, but a category 2 just now.

I'm glad to read that evrybody is okay!

Thanks for all the good wishes for us Easterners (and some southerners too). We keep our fingers crossed every time there's a Tropical depression, storm or hurricane reported. Our hearts go out to all those hit by these Storms. Mother Nature isn't so nice sometimes, in fact downright cruel. Down south, like FL, they can "batten down the hatches" so to speak, with hurricane shutters and such. Up in the northern parts, we're not that equipped. Of course, we don't get as many as the southern states, but sometimes we do get hit worse.

So, please keep your fingers crossed for us, too. And please, God, no aftershocks from yesterday.

Patty quote:
"Down south, like FL, they can "batten down the hatches" so to speak, with hurricane shutters and such".

When I was in Florida on vaca I wondered why the hotels had stucco siding. Now I know why.

@watching wrote:Glad all are ok. Saw this cute tweet:

That is just too much. Must be a clooneyite like us.

Didn't know there was an earthquake until hubby called to say he was rocking and rolling in NYC. Glad all is well with everyone. Very concerned about possibly being caned as we lose power here often, sometimes for days (I live a little north of NYC).

@watching wrote:Glad all are ok. Saw this cute tweet:

Many peoplw would wish this type of "Earthquake".

Thanks for sharing it, watching!

It made its way up here to Southern Ontario. I didn't feel it but some friends about an hour away did.

That's scary. Wonder how wide it went? Someone said as far as Indiana at least.

Haven't looked at newspaper yet to read about any "real damage". Hope there wasn't any.

I don't know if anybody heard but there was a 2.9 earthquake in a small town outside of Albany, NY yesterday. Apparently didn't cause too much damage. When it rains it pours. LOL