He's directing the drama The Tender Bar which is currently filming on location in the  suburbs of Boston.
And on Thursday, George Clooney was seen working with actor Max Casella on a scene on Main Street in Beverly, Massachusetts.
Clooney, 59, was dressed casually in a dark blue sweater and baggy jeans along with bright white Nike trainers. 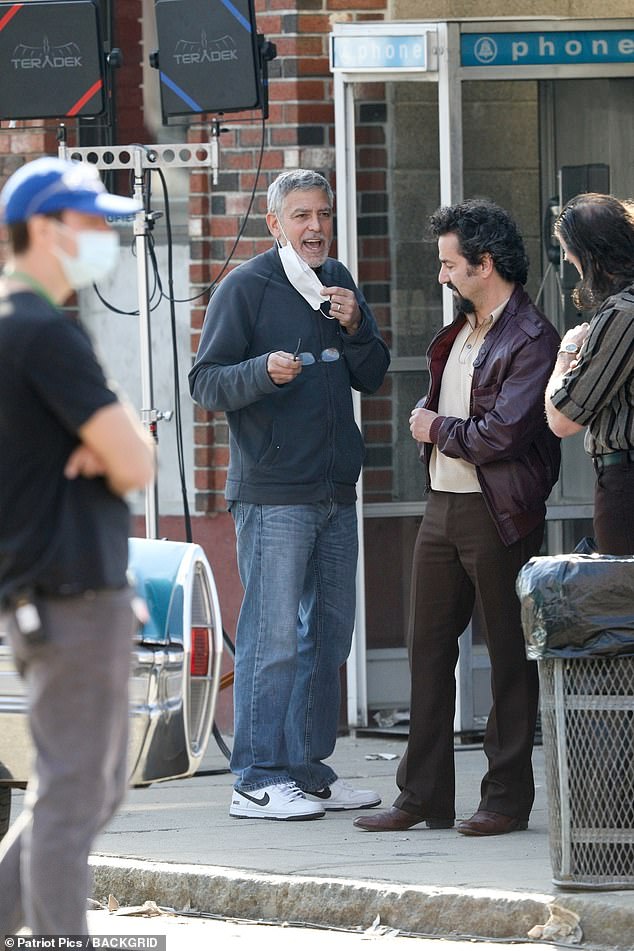 
Calling the shots: George Clooney was spotted on the location set of the drama the Tender Bar on Thursday. He was directing scenes with actor Max Casella in the Boston suburb of Beverly
The gray-haired and bearded star wore a face mask as he and the cast and crew adhered to COVID-19 production protocols.


Filming has been taking place throughout the North Shore and the Boston area for several weeks and is set to continue until mid-April.

Based on the memoir by Pulitzer-winning author J.R. Moehringer, the drama tells the story of a young boy growing up on New York's Long Island who seeks out father figures among the patrons at his uncle's bar. 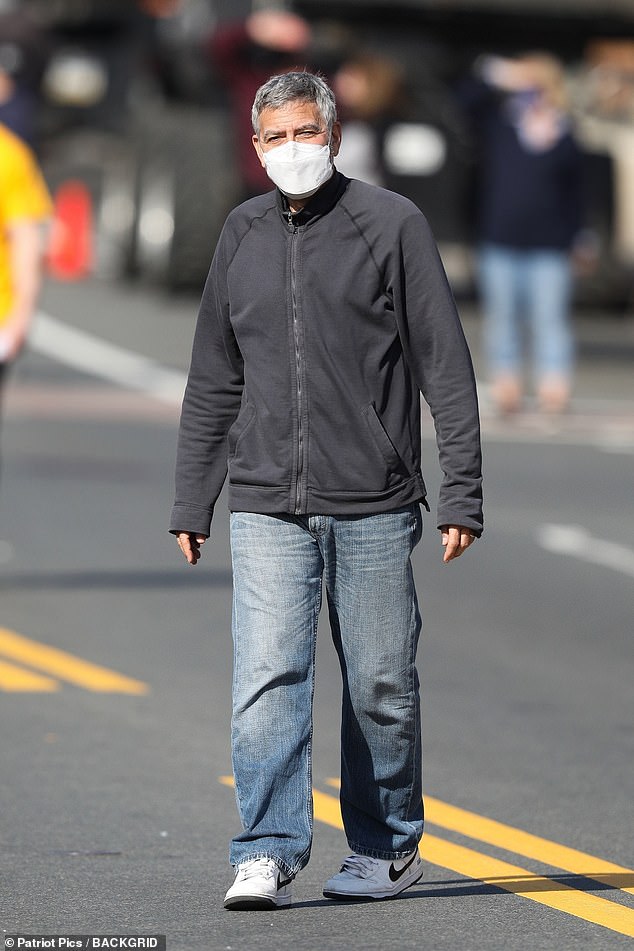 
Staying safe: The gray-haired star wore a face mask as he and the cast and crew adhered to COVID-19 production protocols
Ben Affleck, Clooney's co-producer on the Oscar-winning movie Argo, plays the lead as bar owner Uncle Charlie.
Tye Sheridan, 24, is Moehringer and the cast also includes Lily Rabe.
It's Clooney's ninth directorial feature, following on Netflix's The Midnight Sky in which he also starred.
The former ER star made his directorial debut with 2002's Confessions Of A Dangerous Mind.
His credits also include Good Night, And Good Luck, Leatherheads, The ides of March, The Monuments Men and Suburbicon. 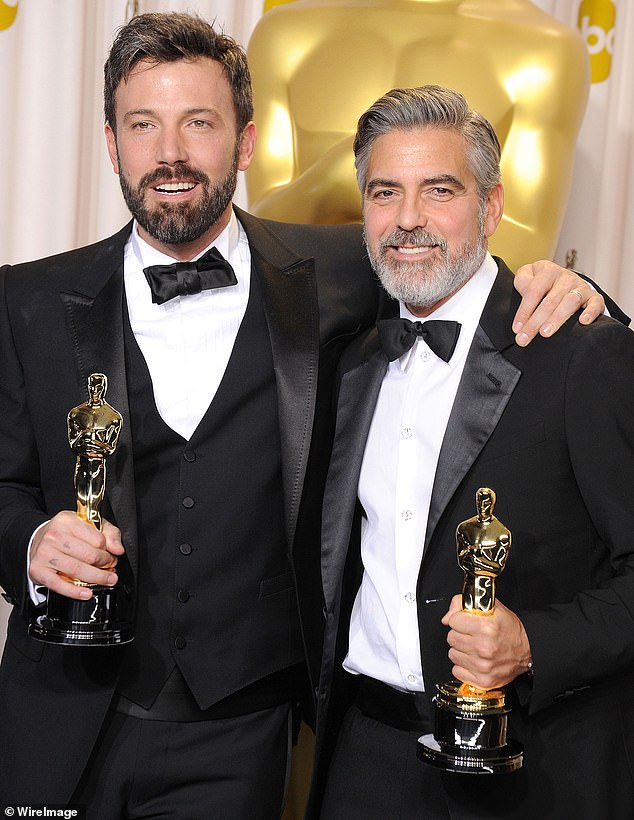 
Reunited: Clooney's leading man in the coming-of-age film based on the memoir by author J.R. Moehringer is Ben Affleck with whom he worked on the Oscar-winning movie Argo 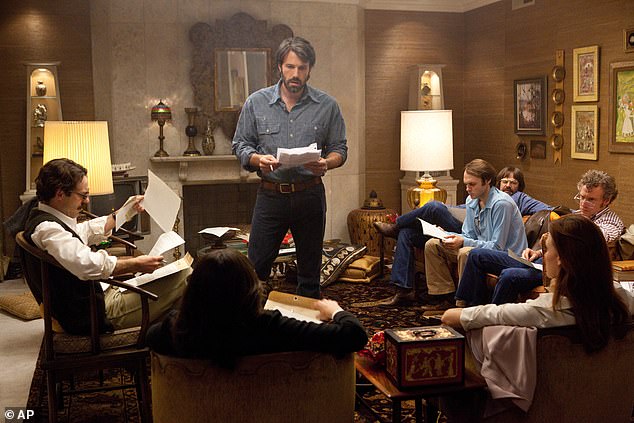 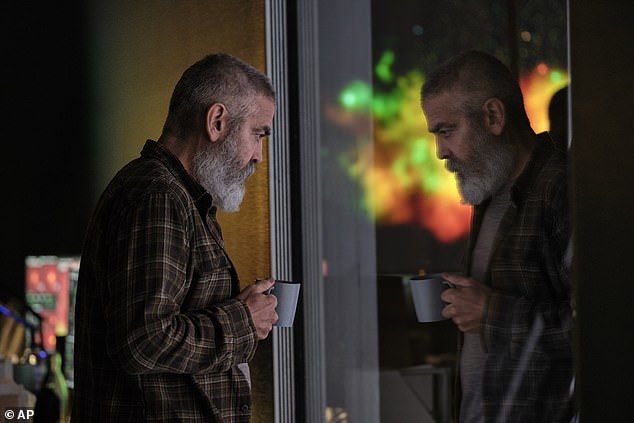 
Hollywood titan: The Tender Bar is Clooney's ninth directorial feature, following on from Netflix's The Midnight Sky in which he also starred


Busy: Once he's completed work on The Tender Bar, Affleck is set to direct himself in the World War Two drama Ghost Army which is currently in pre-production
Read more:

Re: George Clooney calls the shots as he directs coming-of-age drama The Tender Trap on location in suburban Boston