Oh, i just don't have the heart to whinge about what a bad idea this is in the time of air-transmitted viruses.  They look too happy: 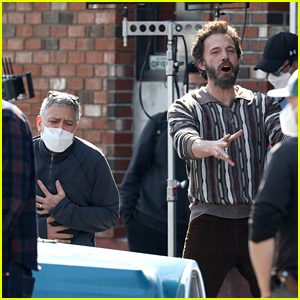 Ben Affleck and George Clooney sang and acted out one of their favorite songs while on the set of The Tender Bar in Boston, Mass., on Friday (March 12).

The two entertainers had a little downtime as new scenes were set up and spotted going all out performing a song.

George, who is directing the movie, was seen on the set chatting with Ben, Tye Sheridan and Max Casella as they prepared to shoot more scenes for the upcoming film. 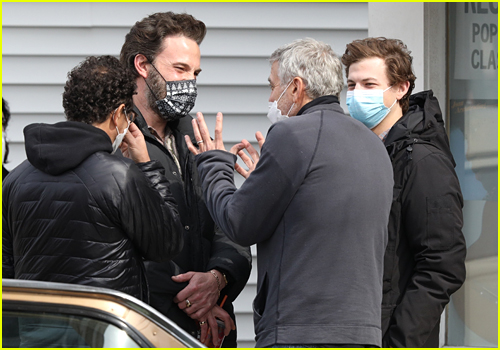 The movie will centers J.R., played by Tye, who is seeking a replacement for his father, a New York City disc jockey who had vanished before his son spoke his first word. The boy turns in desperation to the bar on the corner and finds friendship from his uncle (Affleck) and other adults who take him into their circle.

Just the day before, George was seen chatting with some fans outside the set. Here’s what he told them… 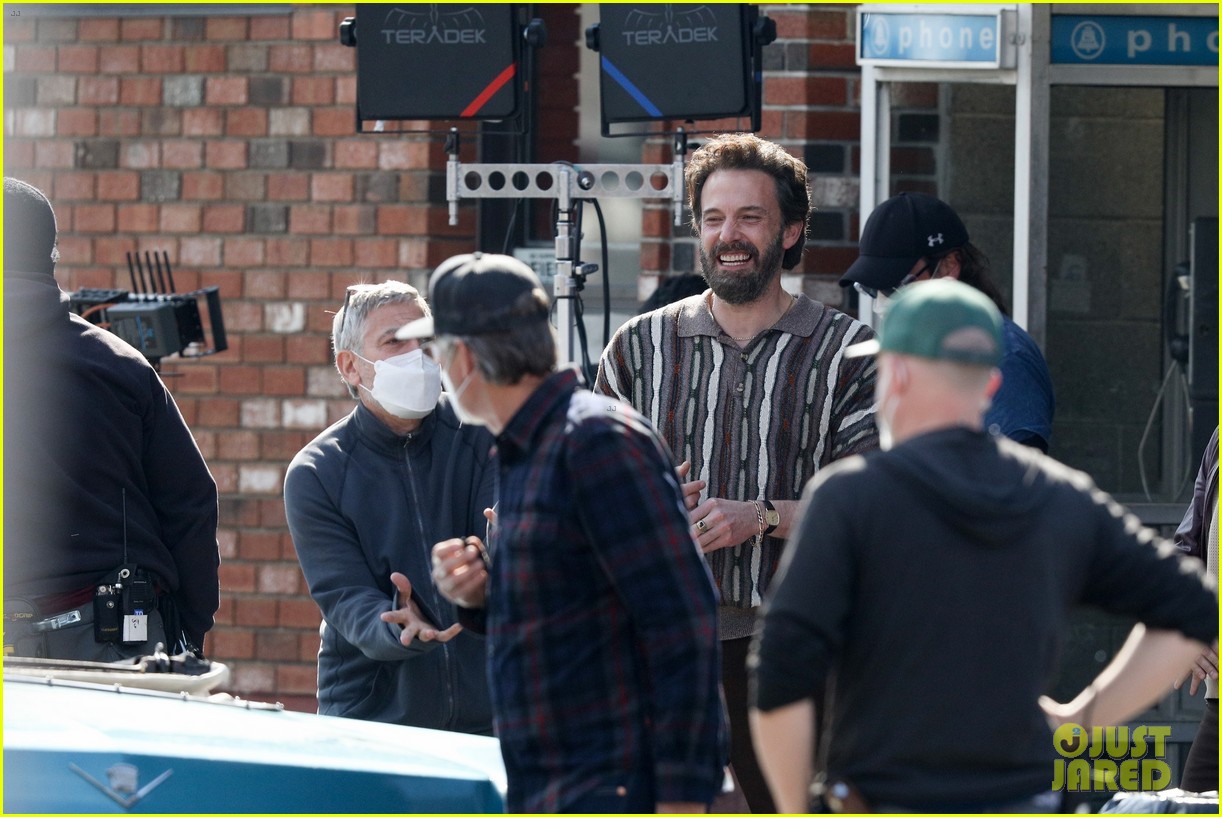 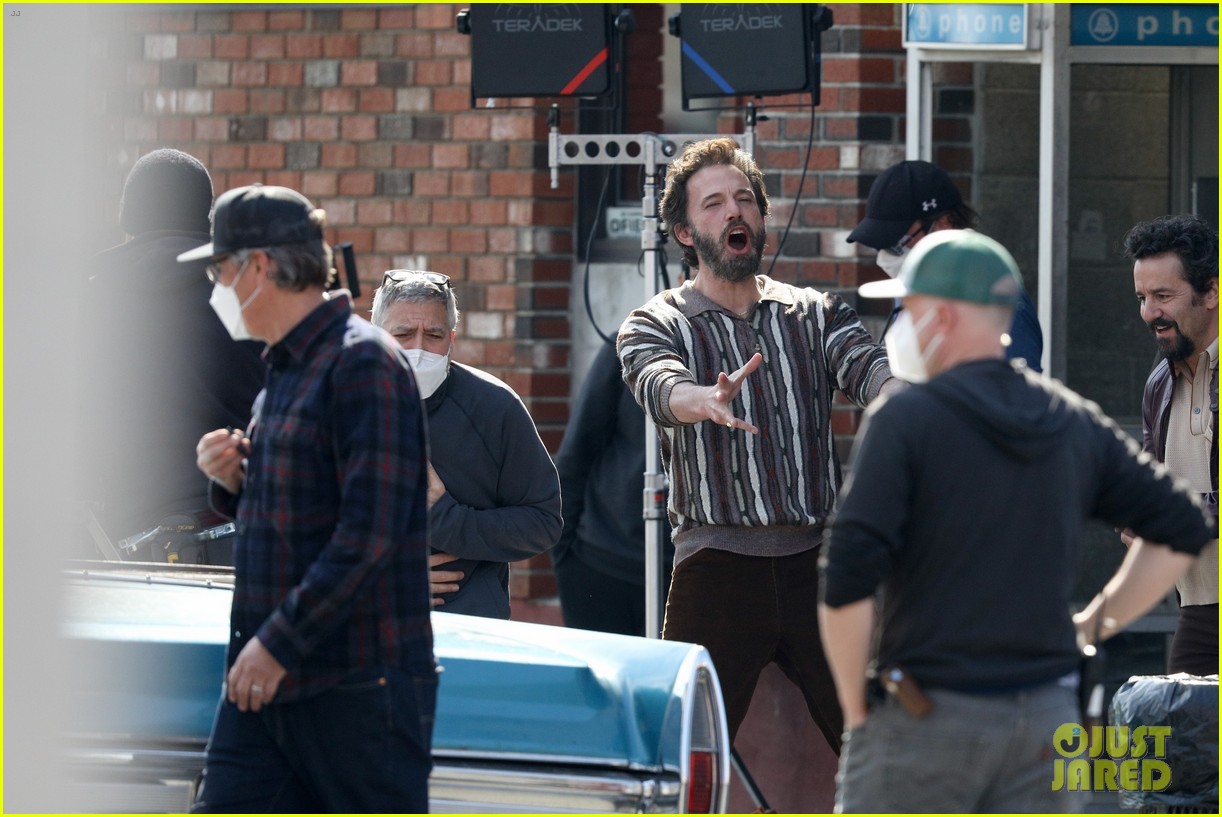 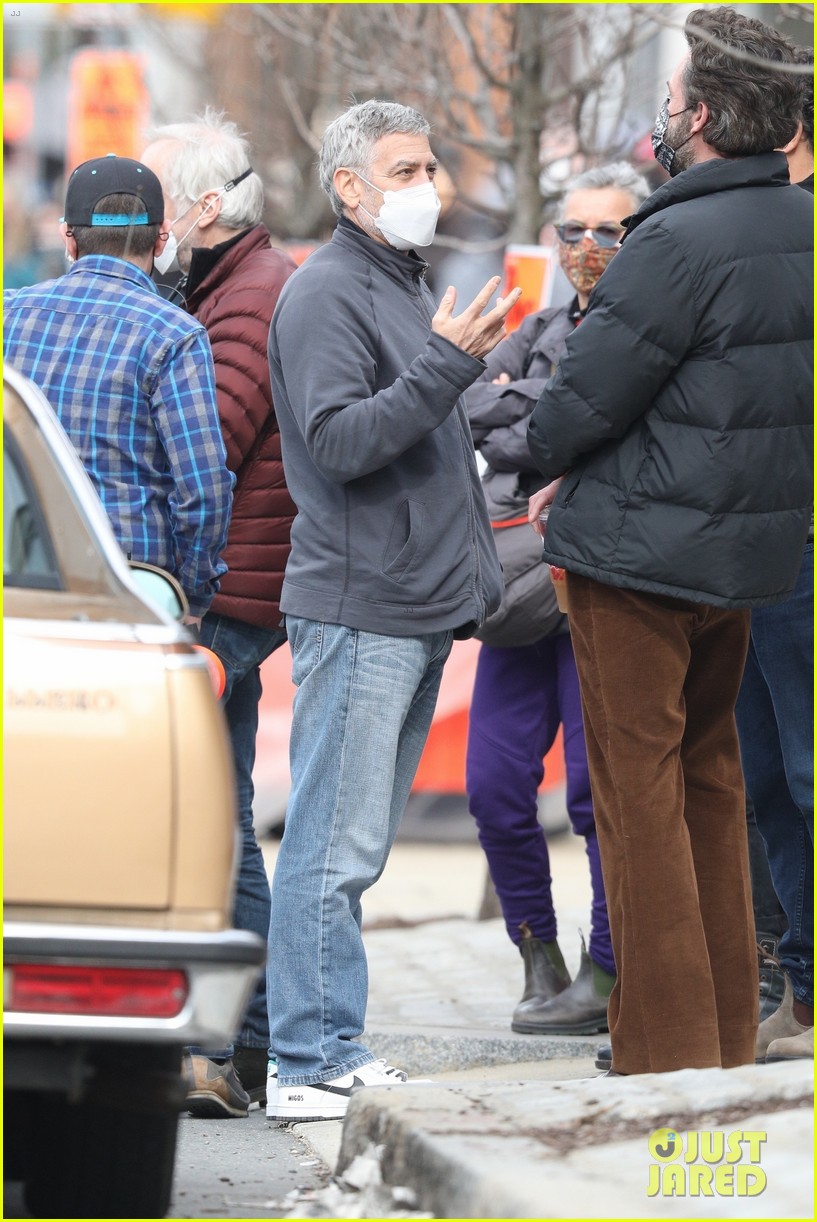 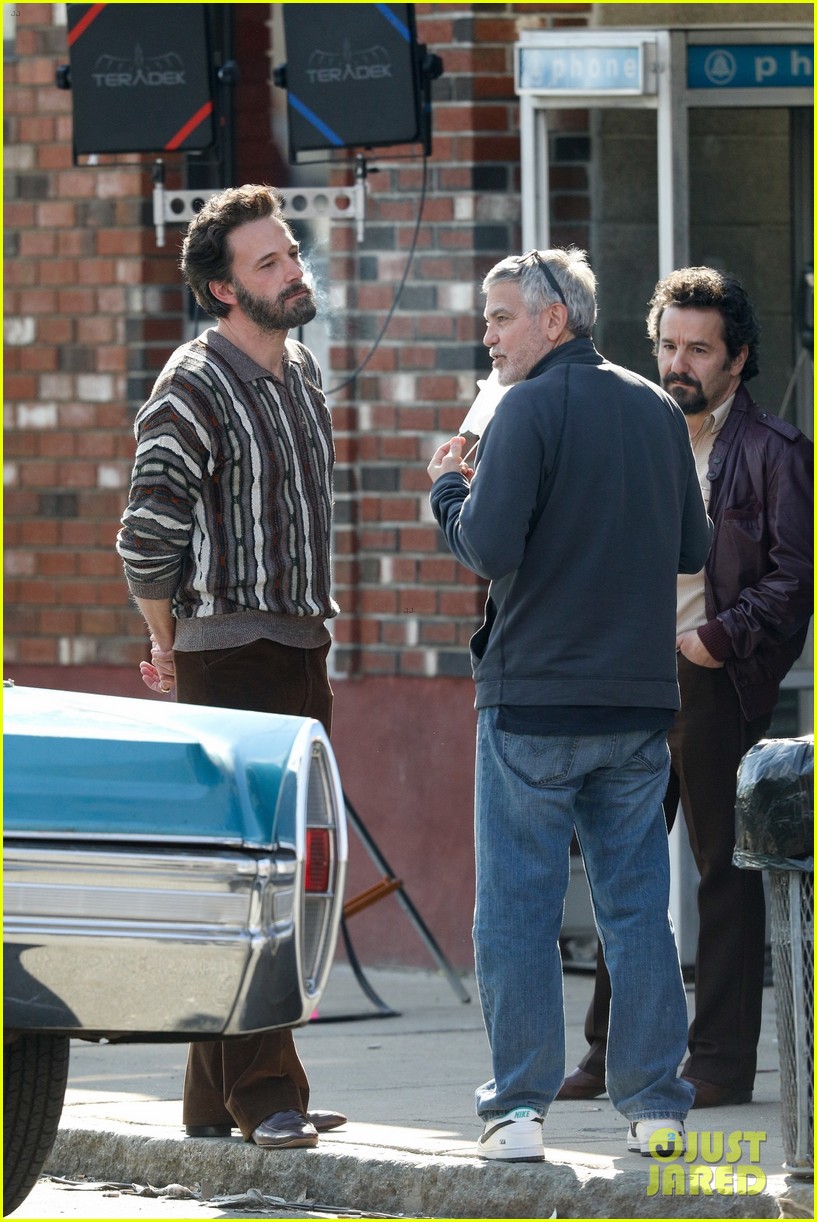 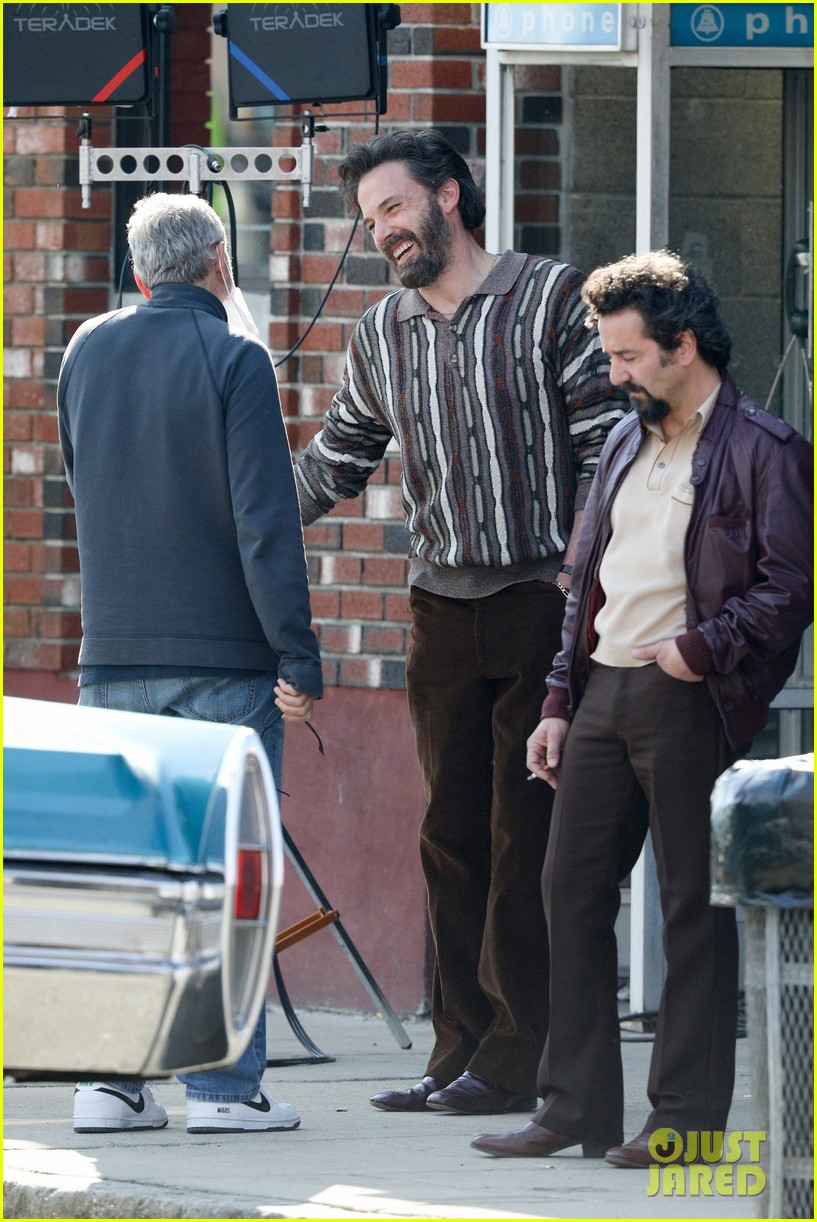 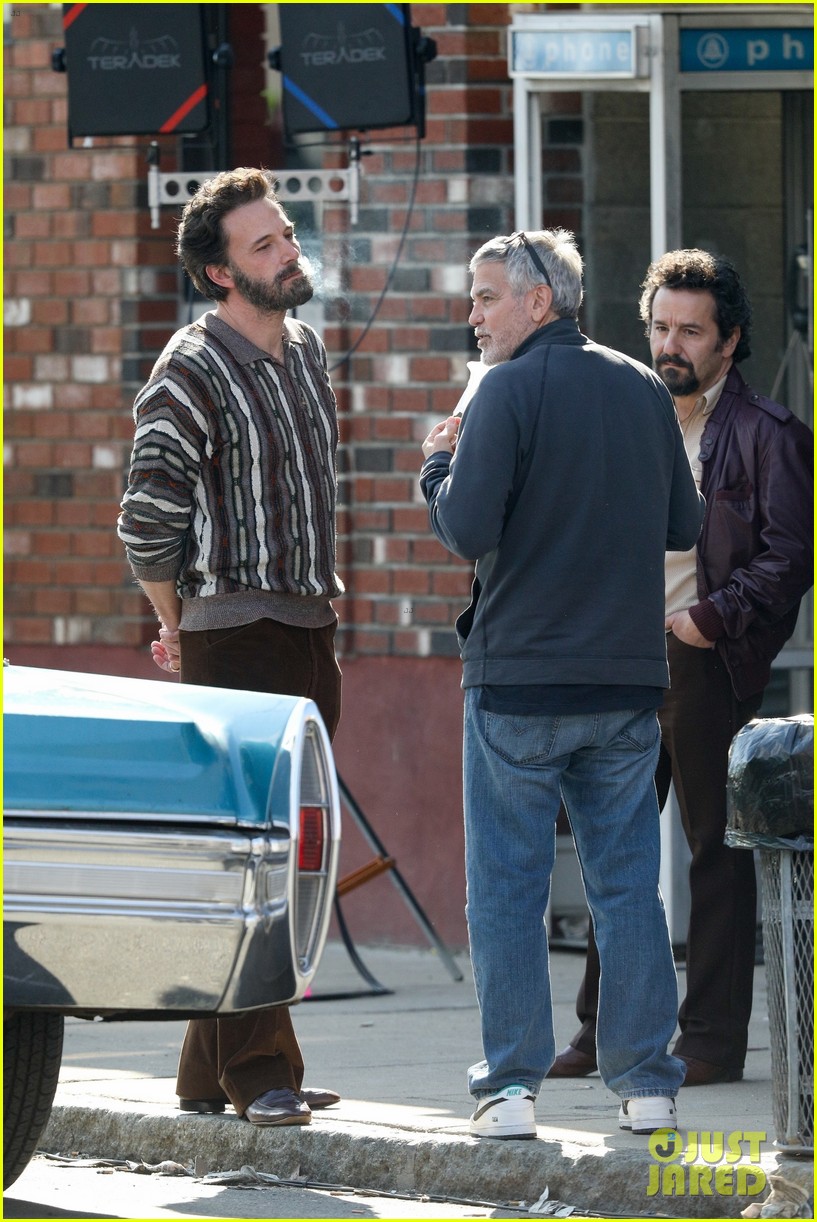 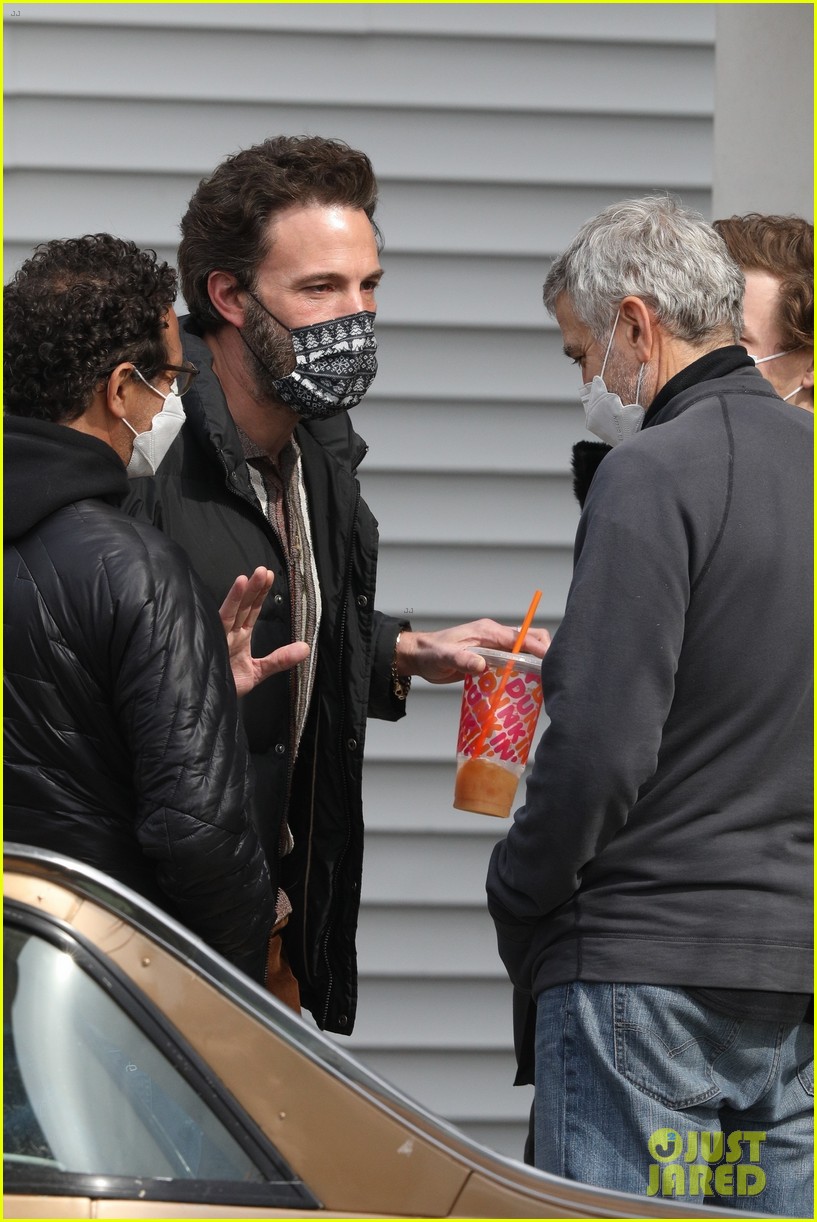 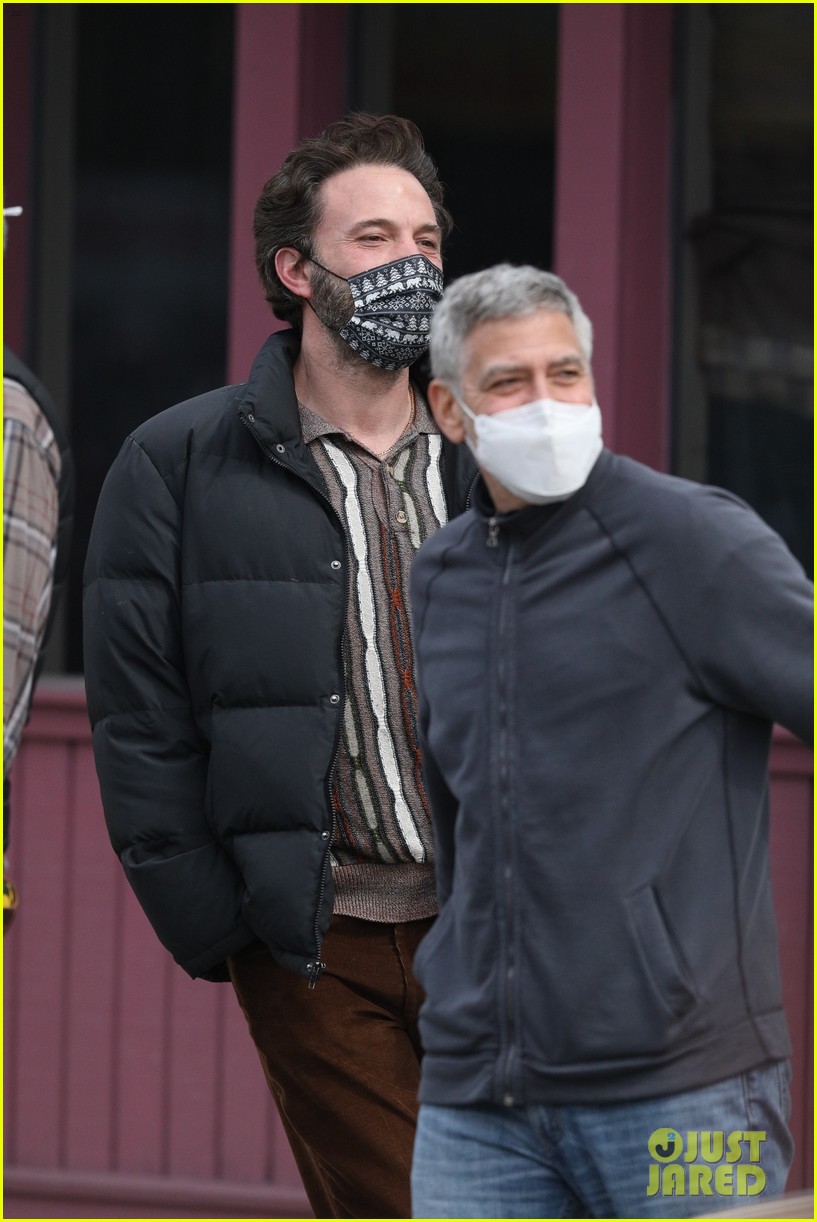 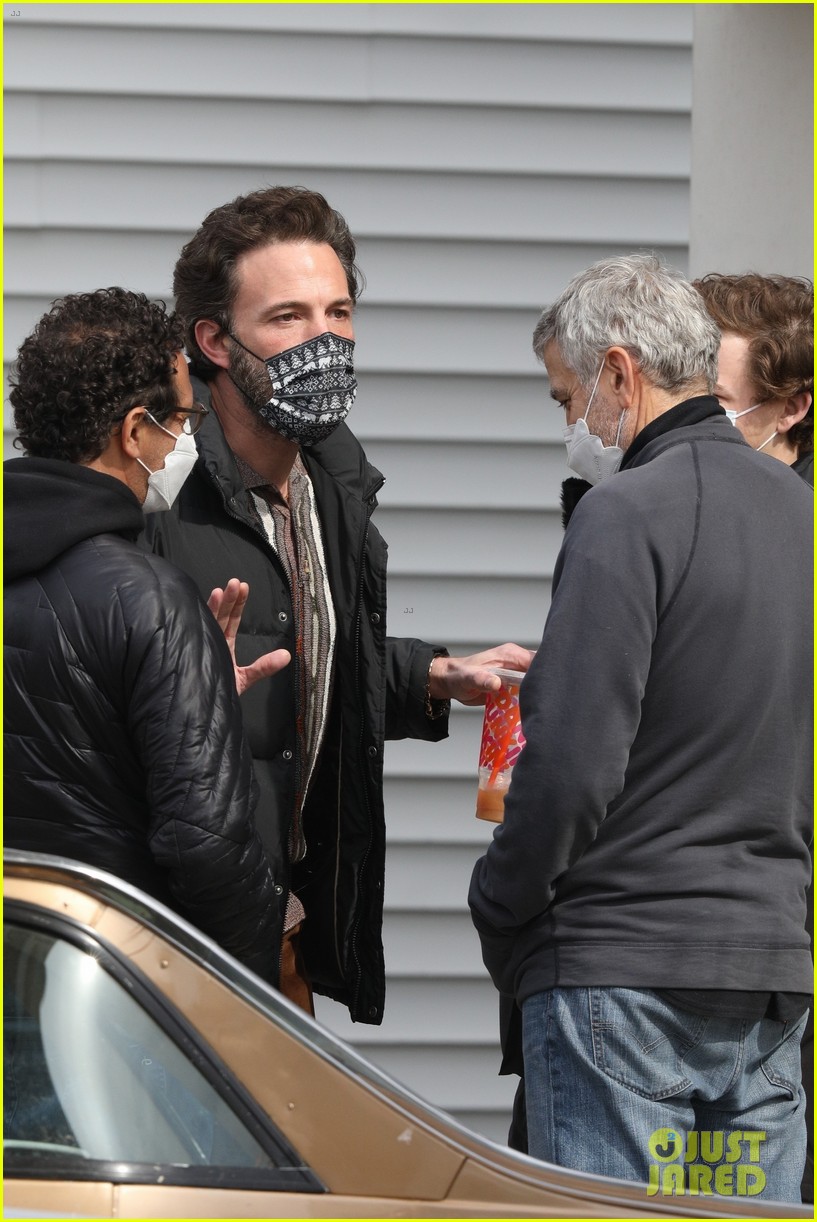 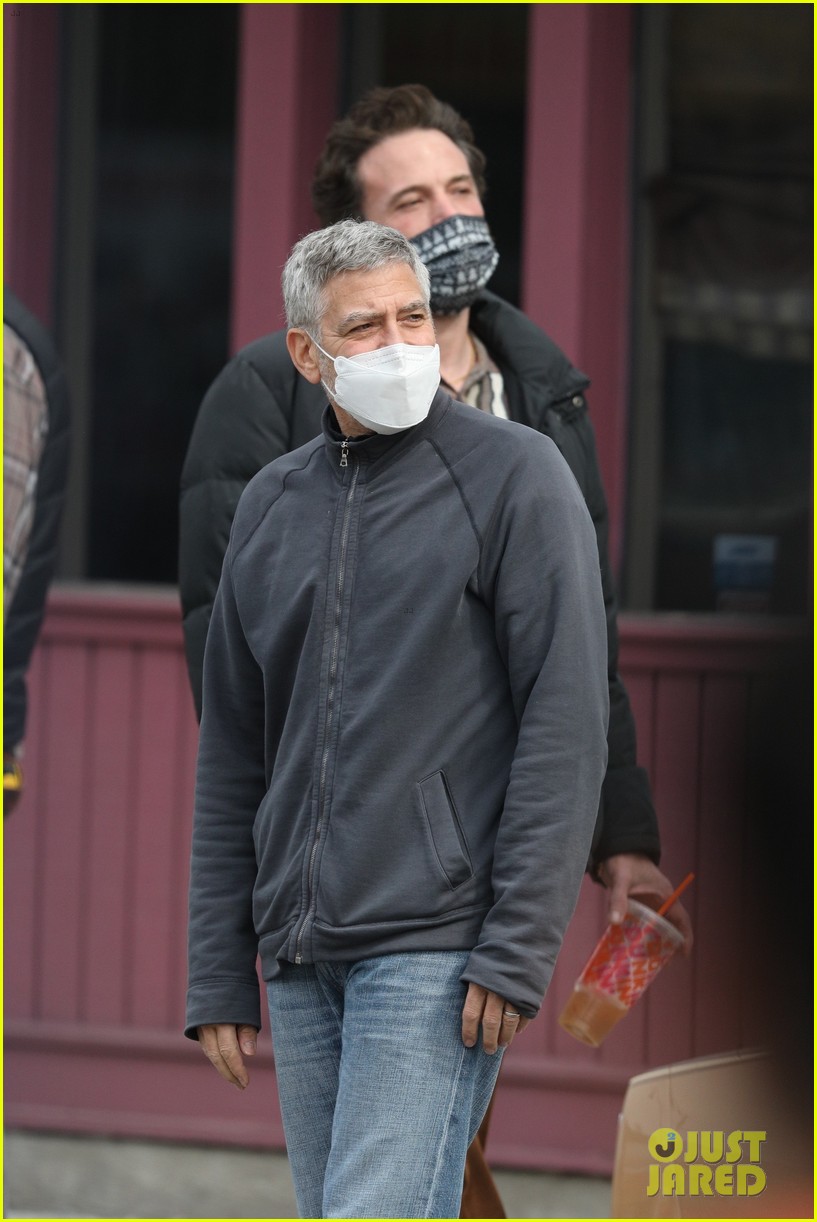 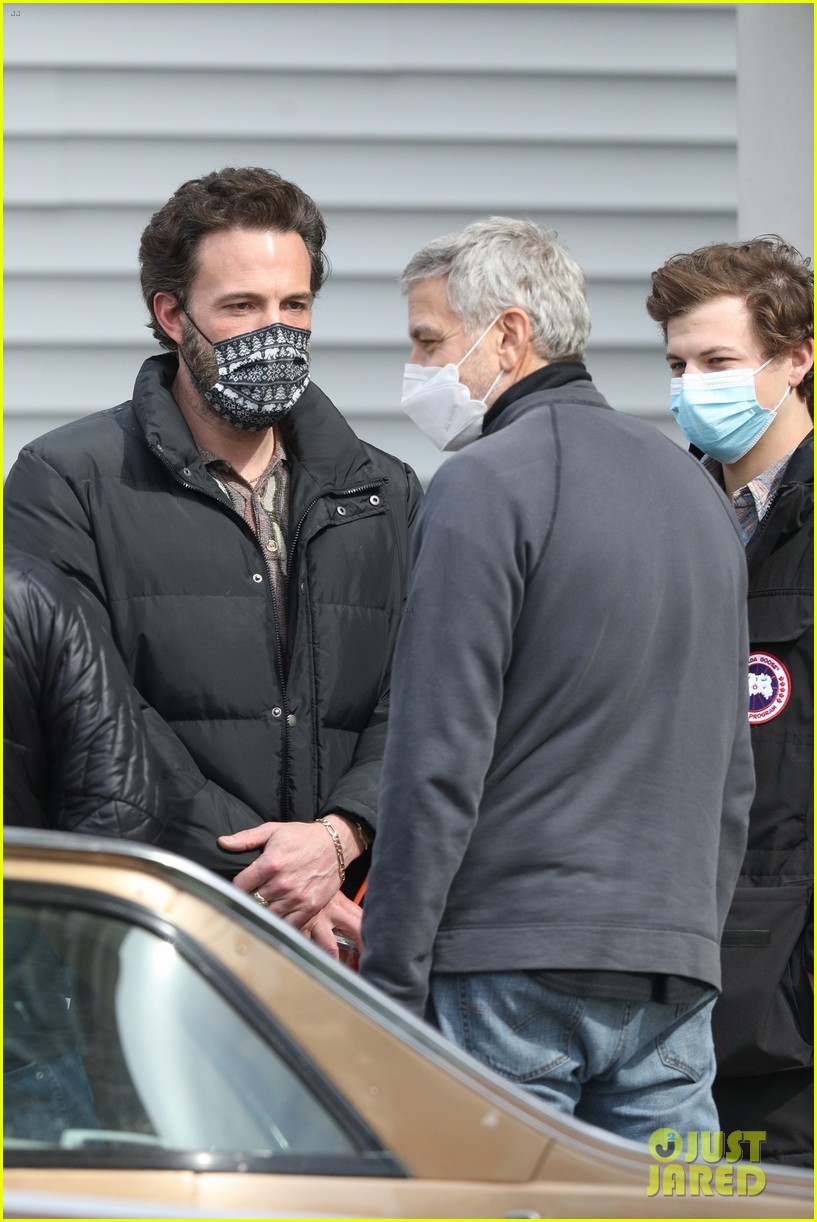 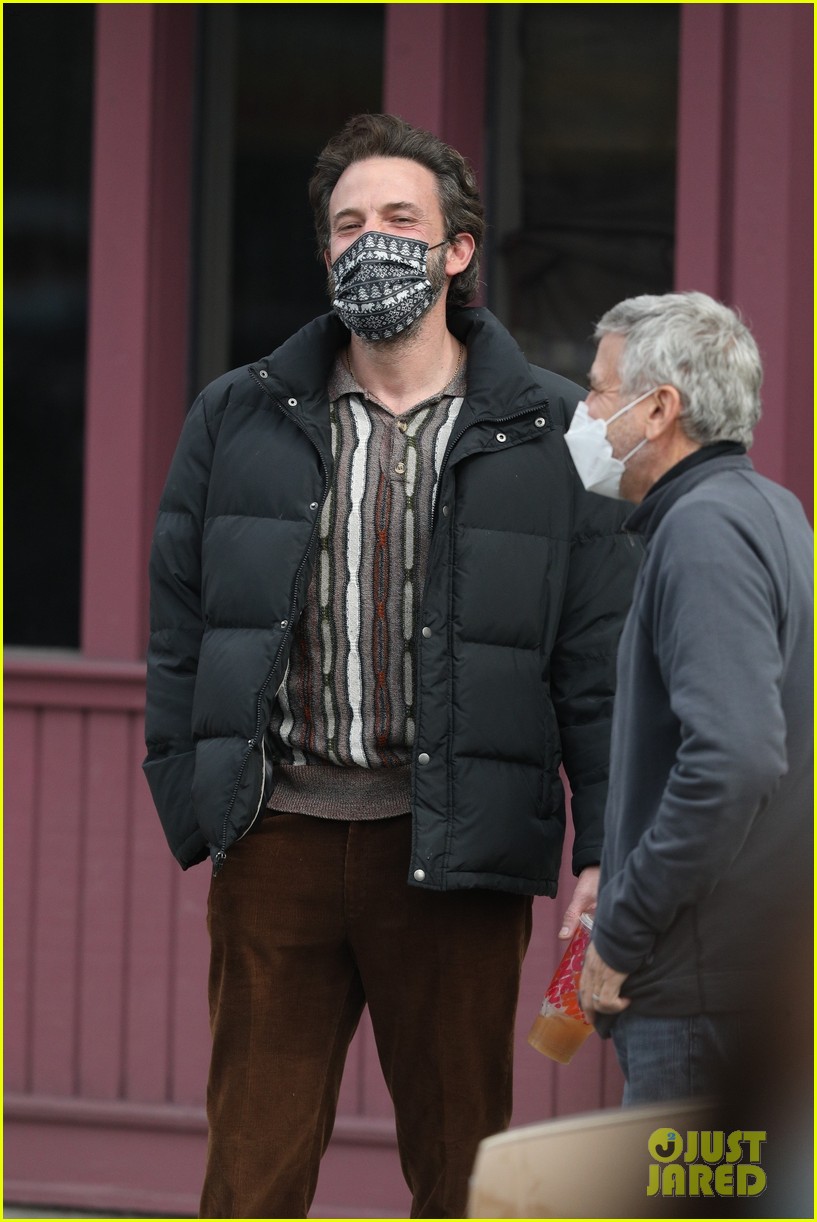 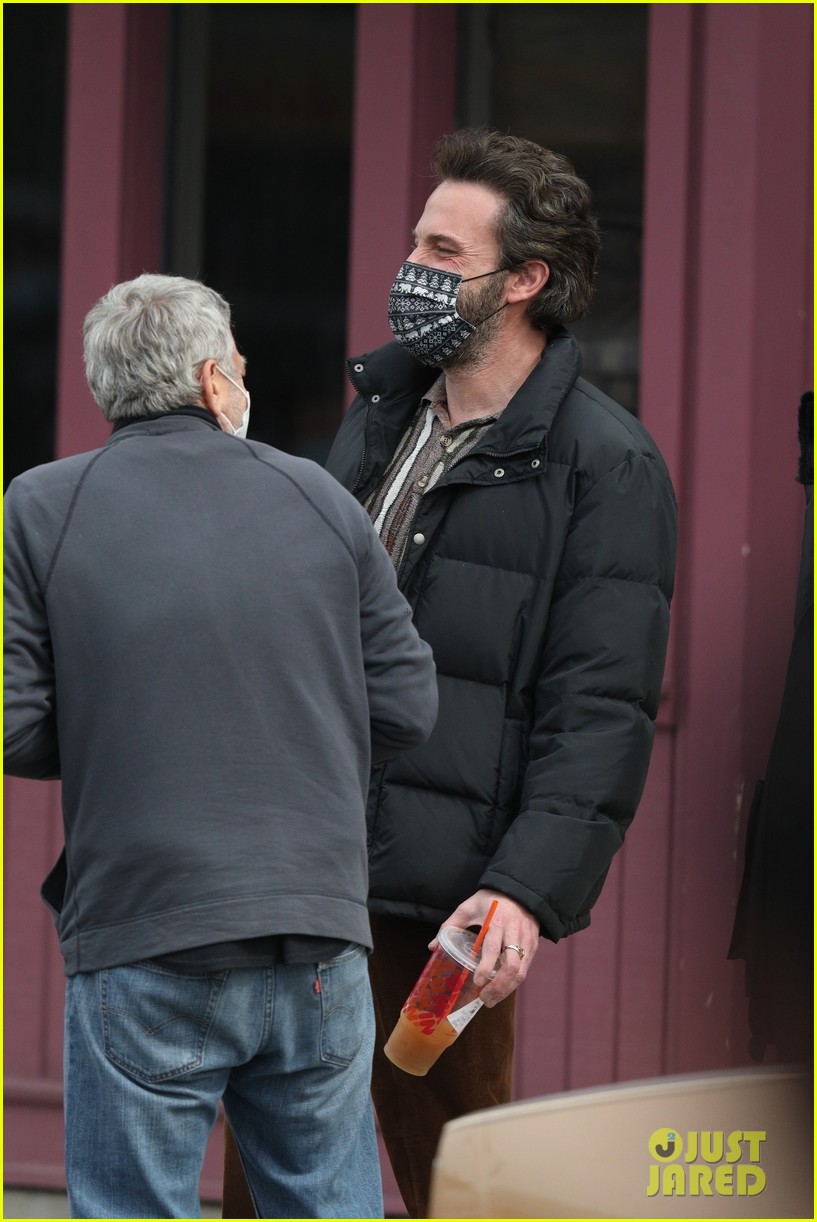 I'd love to know what song they were singing.