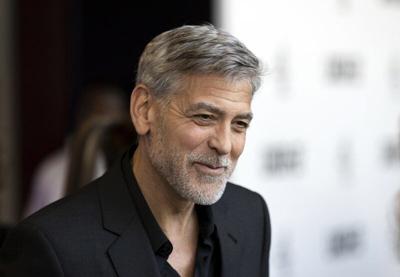 
IPSWICH — It's not every day that George Clooney walks through your door. But on Monday, he had a particular reason for stepping in to Marcorelle's Fine Wine and Beer on Central Street.
Drew Marc-Aurele, the owner of the family business, had been in touch with a location scout for an upcoming film Clooney is directing. So Clooney and some of the production and film crew stopped in Monday for a visit.
"It kind of brings a little excitement to town," said Leah Smith, the store manager and Marc-Aurele's daughter, on Tuesday. "We believe we got the thumbs-up yesterday that the location may be used in the film."

It's unclear at this point if that may be just the exterior or actually inside the store, she said. "We haven't gotten any other details yet."
Smith said she's not sure if other locations around town are being considered as well, but her understanding is they are scouting other North Shore sites for the film, which is based on a book, "The Tender Bar: A Memoir."

The memoir, published in 2005, is a coming-of-age story by J.R. Moehringer about his experiences growing up in Long Island, seeking out father figures among the patrons at his uncle's bar.
Variety reported in July that Clooney was in negotiations with Amazon Studios to direct and produce the film adaptation. Last month, Ben Affleck was reported to be in negotiations to star in the film. The script was written by William Monahan.
The Ipswich town manager's office, on Tuesday, had heard that Clooney and company may have been in town to scout some locations, but there was no official contact or film permit application yet.
||||

Coast of Massachusetts.  He must have a thing for our sea coast..  About 15 miles from Gloucester, where he filmed The Perfect Storm

I suspect it's supposed to be Manhasset, Long Island before it became fashionable, for The

Tender Bar film which is up next, I think. Interesting that the Ipswich bar people contacted his

@party animal - not! wrote:Ps he is in the UK now according to the Zoom stuff he did the other day

I'm guessing Ipswich is a lot cheaper than the Island for filming now, so it makes sense. They get the same look for less.

Oh, hang on Katie - he's all over the place! 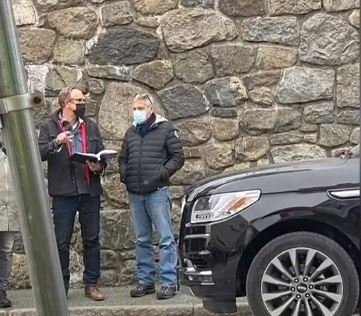 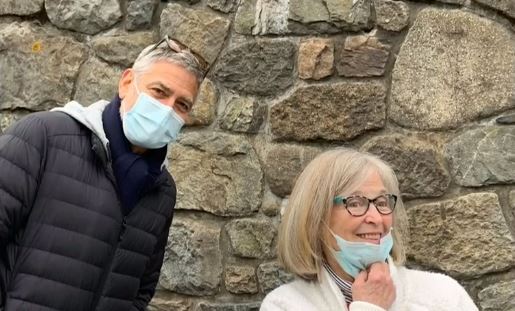 This was in the news yesterday, so he must have been in Ipswich this week. So, where are Amal and the twins? I thought they were all in Sonning. Could they still be in LA? Or back in LA?

Possibly back in LA? Or maybe New York, which I guess would be closer?

Perhaps the UK trip was just for Christmas? I'm not sure of the exact timelines.

How is it that they can travel so freely when so many of us are locked down? I guess celebrity does have its perks.

I believe it was ok to travel at that point. The UK lockdown didn't start till January. Not sure how it is in the US.

Well, he mentioned in some of the interviews, that he was back here for the premiere which

they were planning to do as a drive-in. That would have made sense because it was made at

But when they landed, they were told we had just gone into Tier 3 so he and everybody else

had to stay put! So he did quite a few zoom interviews in front of a giant brick fireplace - and

one in the garden in Sonning, I think, too.

Monday - because of the new Brazilian strain. Also Pfizer are running short of the vaccine....

To be honest, I've lost track. NY started a vaccine roll-out this week for front-line workers, teachers, care home residents and staff and now people 65 and over - except that people who had appointments for the injection have been turned away because there isn't enough vaccine. Even making an appointment to get the vaccine is daunting.

My 94 year old uncle and his partner have appointments for the vaccine on Sunday. I hope they're not turned away.

Is it possible that George and his family could have been vaccinated while they were in the UK?

Cricket Ground where she joined the queue. A couple of eighty year olds locally are being

Of course if George needs to get back to Sonning he's got until Monday - and a private plane!

The whole vaccine rollout in the US has been less than successful.  Really a mess.  Last I read just over 10 million doses had been administered tho over 29 million doses have been distributed in the US.  There is no Federal oversight and the states just aren’t doing a good job (lack of funds and coordination) of getting vaccines into people’s arms.

I was hoping George was flying private on these trips lately. He has talked about how careful he has been with the family and why they stayed put in LA for so long.  Now with all this travel he’s got to be super careful.  And it’s only getting worse with the variant strain of the virus going through the UK and the states too.  He’s been concerned especially for Alexander.  I was a bit surprised that he and the family travelled to the UK for the holiday.