Yesterday at 22:01 by annemarie

[size=48]George Clooney Reveals the Trick He Uses to Get His Twins to Behave Around Christmastime
George Clooney shares 3½-year-old twins Ella and Alexander with wife Amal Clooney
By Ally Mauch
December 19, 2020 02:30 PM[/size]


George Clooney has devised a clever plan to help keep his toddlers in check around the holiday season.
The actor, 59, appeared virtually on The Late Show with Stephen Colbert Friday and shared that he pretends to talk to Santa Claus so his 3½-year-old twins, Ella and Alexander, behave.
“At three years old, you're just trying to keep your kids in line in general so I devised a way to get them to behave during this time,” he said of the toddlers, whom he shares with wife Amal Clooney.
“When they’re asleep in the morning — they sleep in the same bedroom — they start to make noises and you can hear the two of them getting at each other, and I stand outside the door and I go ‘Oh hi Santa!’ and then you hear Santa is there and he’s like ‘Ho ho ho!’ ” he explained, tapping into his best Santa impression. “And I say, ‘What are you doing here Santa?’ and he says, ‘Oh, I’m just making sure that the kids are being good kids.’ ”

Never miss a story -- sign up for PEOPLE's free daily newsletter to stay up-to-date on the best of what PEOPLE has to offer, from juicy celebrity news to compelling human interest stories [url=https://www.pinterest.com/pin/create/link/?url=https%3A%2F%2Fpeople.com%2Fparents%2Fgeorge-clooney-reveals-trick-he-uses-to-get-twins-to-behave-christmas%2F%3Futm_source%3Dpinterest.com%26utm_medium%3Dsocial%26utm_campaign%3Dsocial-share-article%26utm_content%3D20201219%26utm_term%3Dundefined&media=https%3A%2F%2Fimagesvc.meredithcorp.io%2Fv3%2Fmm%2Fimage%3Furl%3Dhttps%3A%2F%2Fstatic.onecms.io%2Fwp-content%2Fuploads%2Fsites%2F20%2F2020%2F12%2F01%2Famal-george-2018-march-2000.jpg&description=George Clooney Reveals the Trick He Uses to Get His Twins to Behave Around Christmastime][/url]

Amal and George Clooney
RELATED: George Clooney Opens Up About Family, Giving Back and His Faith in America's Future: 'You Can't Give Up'
“And you can hear them going, ‘We are Santa! We are!’ ” the father of two added. “Then he leaves and they come out and they’re unbelievably well behaved.”
“I’m worried about the Easter bunny, because I'm not quite sure what he sounds like,” The Midnight Sky star later joked.
Earlier in the segment, Clooney, who is currently in London with his family, told Colbert that he is “desperately trying” to not make his children “little Brits.”

RELATED VIDEO: George Clooney Jokes That Amal Can Beat Him in Pickleball but He 'Almost Never' Loses Scrabble 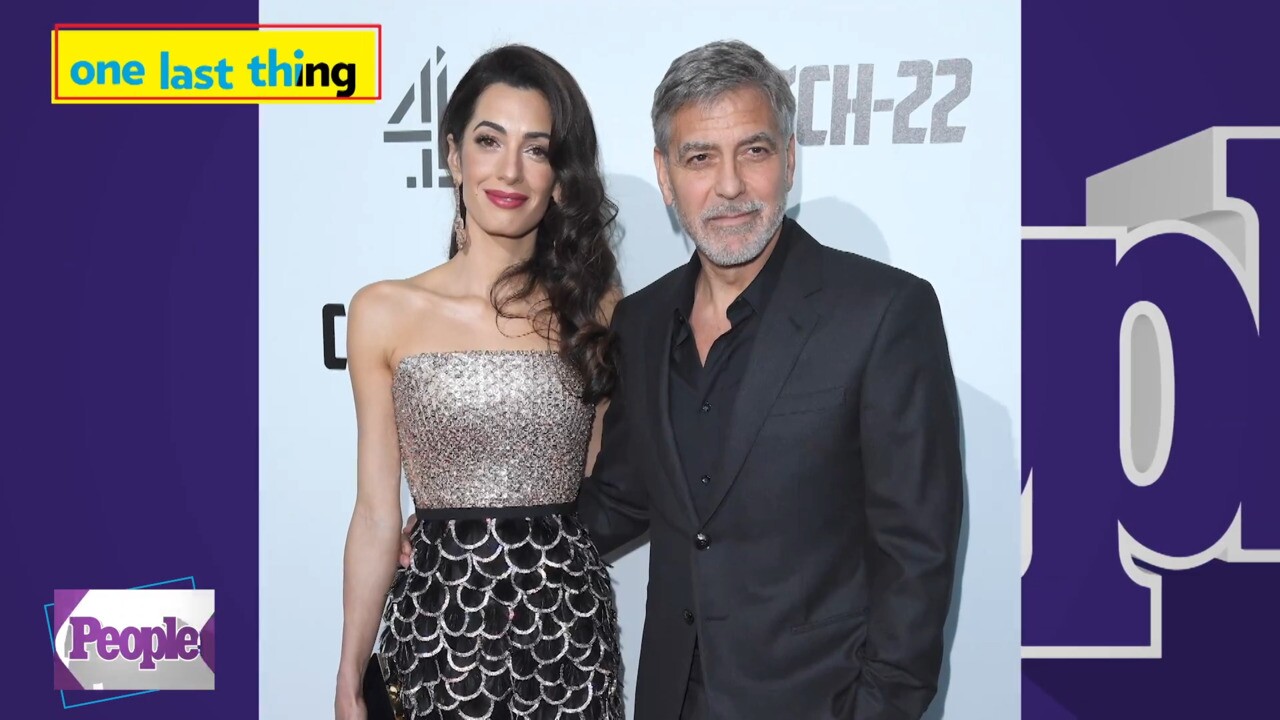 RELATED: George Clooney Says He Tries to Allow His Twins, 3, 'Enough Room to Make Their Mistakes'
“It’s not a jumper it’s a sweater, it’s not the boot it's the trunk, it's not the pavement it's the sidewalk,” he joked, pointing out the different speech patterns in America versus the U.K.
Still, his efforts may have been largely unsuccessful.
“I have done everything to try to change their version of speaking with an English accent and so they were writing out their note to Santa and I said, ‘Okay you write your note and then we’re going to leave them cookies and milk, going to leave it right underneath the fireplace,’ ” Clooney recalled.
“And my son goes: ‘No, it’s milk and mince pie,’ ” the actor shared.