He's set to release his first movie in four years later this month.

And George Clooney arrived at the set of Jimmy Kimmel Live on Wednesday afternoon to help promote his Netflix-distributed science fiction film The Midnight Sky.

The 59-year-old actor looked effortlessly cool in a black leather jacket as he strolled up to the El Capitan Entertainment Centre in Hollywood, where Kimmel's show is taped. 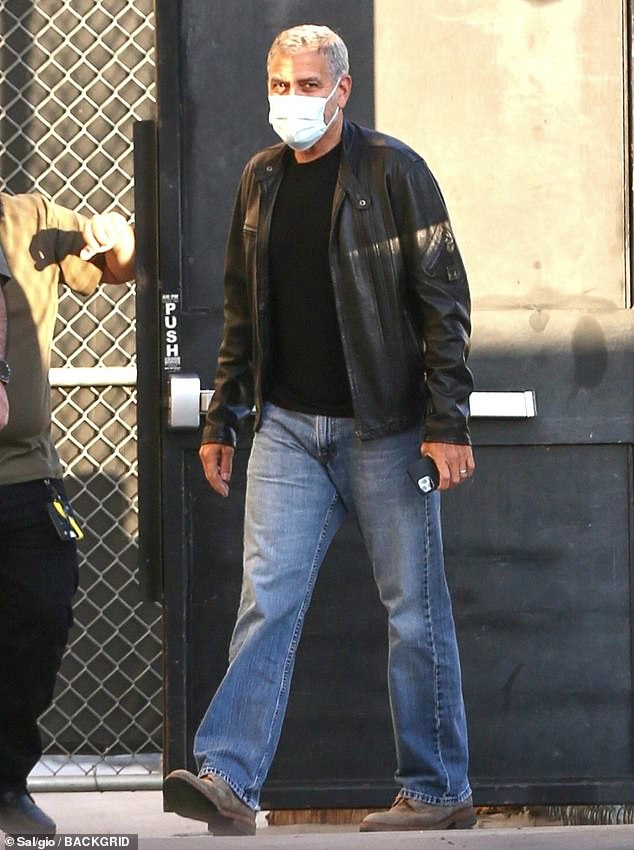 Promotional tour: George Clooney, 59, was seen heading into the El Capitan Entertainment Centre on Wednesday for a taping of Jimmy Kimmel Live

Clooney wore a black sweater under his jacket and also had on a light blue pair of jeans with with brown suede boots.
He had a white mask over his face to slow the spread of the novel coronavirus on the same day that 2,760 died from the pandemic, surpassing the spring peak.

Clooney plays a lonely scientist living in the Arctic in a post-apocalyptic near future in The Midnight Sky, which he also directed.
The bushy-bearded scientist is trying to get in contact with a group of astronauts, led by Felicity Huffman, in order to prevent them from returning to the ravaged planet. 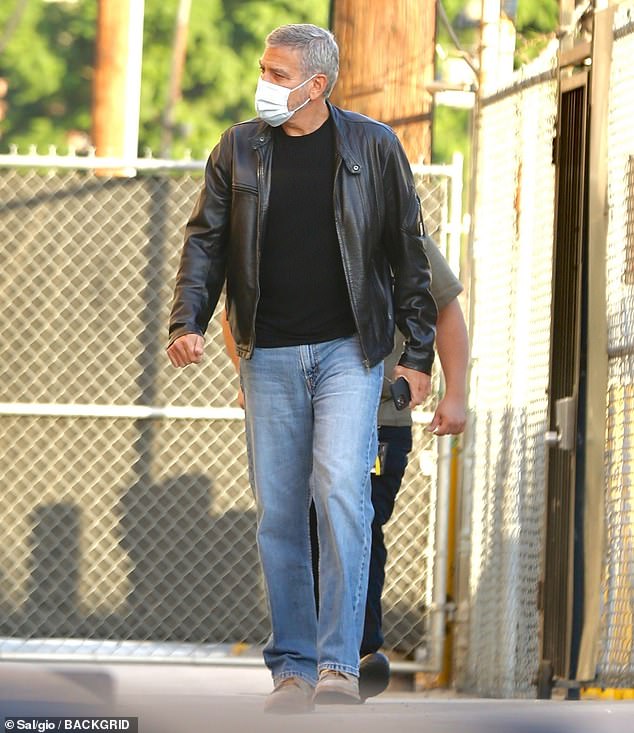 Coming soon: Clooney plays a lonely scientist living in the Arctic in a post-apocalyptic near future in his new Netflix-distributed film The Midnight Sky, which he also directed 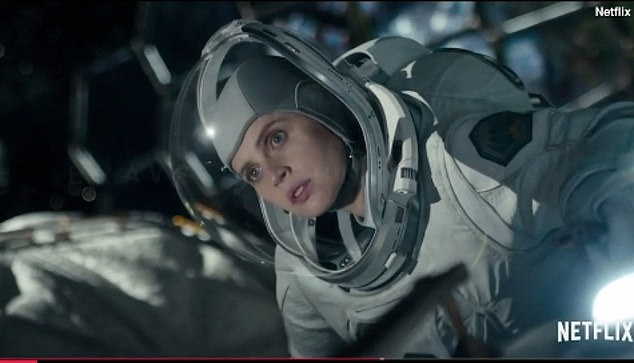 Warning: The scientist is trying to get in contact with a group of astronauts, led by Felicity Huffman, in order to prevent them from returning to the ravaged planet

The Midnight Sky, which will be released on December 23, marks Clooney's first acting role since the Coen brothers' Hail, Caesar! and Jodie Foster's Money Monster in 2016, and it's his first time directing in three years, following his critically reviled 2017 film Suburbicon. 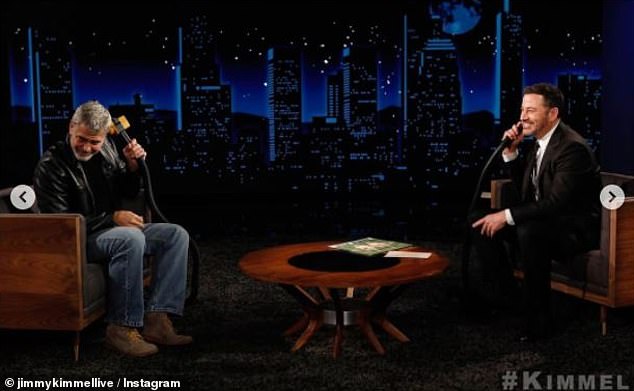 Putting up: Some fans were left in disbelief that an A-lister of Clooney's stature could leave his important haircuts in the hands of a device sold on late-night basic cable, but appears to have proved it to Kimmel 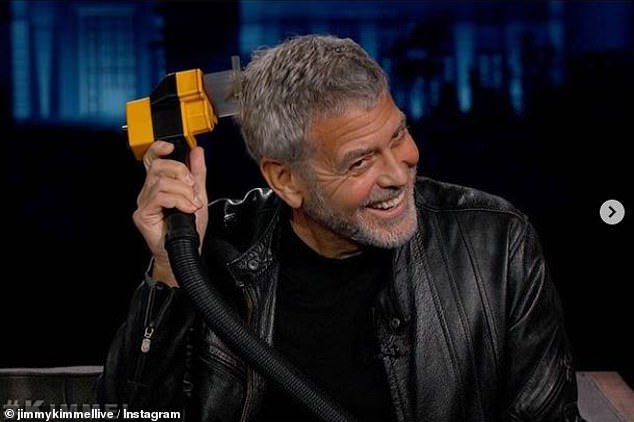 A little off the top: The comedian shared some stills from the broadcast to his show's Instagram page which showed both him and Clooney trying out the device