Variety on The Midnight Sky

Variety on The Midnight Sky

Re: Variety on The Midnight Sky 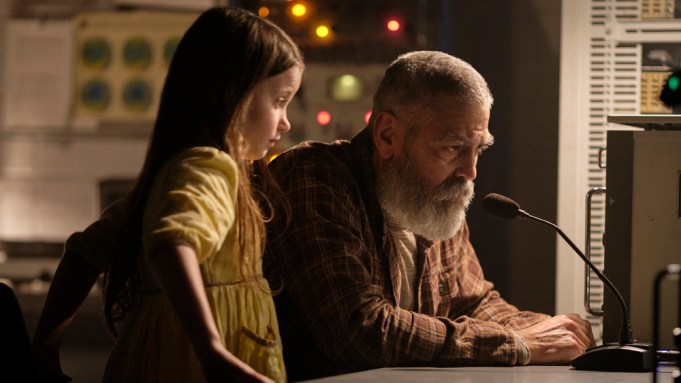 Courtesy of Philippe Antonello/Netflix[/size]
Netflix’s sci-fi drama “The Midnight Sky,” set for release next month, will see George Clooney as a scientist in the Arctic trying to protect a little girl, and prevent a group of astronauts from coming back home after a global catastrophe.
“It’s two different worlds; we were basically saying we were going to shoot ‘The Revenant’ and stop, and then shoot ‘Gravity,’” said Clooney about his seventh feature as a director during an online seminar at EnergaCamerimage Film Festival dedicated to “The Midnight Sky,” an adaptation of Lily Brooks-Dalton novel “Good Morning, Midnight.” He was accompanied by the film’s cinematographer Martin Ruhe.
“Usually, when space movies are shot, up is up and down is down, and that’s not exactly how it works. In ‘Gravity,’ the camera was constantly rotating. We wanted to keep the idea of the horizon being different, without making everyone throw up along the way. But our first conversation was: ‘How do we shoot winter’?,” said Clooney, mentioning that while two-thirds of Earthbound sequences were shot in Iceland, one-third was completed on the sound stage, “which was as cold as Iceland for some reason!,” he said. 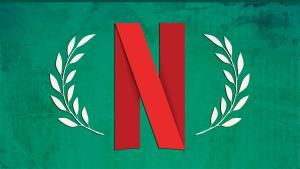 Netflix Is Intent on Oscar Redemption in 2021 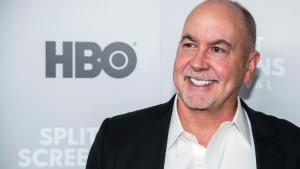 “When you shoot with a 7-year-old, time is of the essence and Martin designed everything so that we could walk in and shoot most of the stuff in one or two takes. [In Iceland] it was 40 degrees below zero and we would tie strings to one another because you couldn’t see your hand in front of your face. You would see this cloud of wind and snow coming, which is what you want because it gives it the right look, and then nothing. You set the focus and pray.”
Admitting one needs to be flexible when shooting in such harsh conditions, Ruhe underscored the need for two different visual approaches to the story. “Something very technical in space, and something grittier on a glacier,” he said, while scenes with Felicity Jones, David Oyelowo and Kyle Chandler, shown aboard the NASA spaceship Aether, also posed a significant challenge.
“Even the spaceship feels like it has two different looks. In the group quarters and control rooms people don’t move that much, they just sit and talk, and look at the monitors. But when they go into zero gravity, we wanted the floating feel. Couple of times we even used handheld cameras, although you couldn’t actually have that in space – they would be floating too!”
The duo, who recently worked together on Hulu’s limited series “Catch-22,” was inspired by older science-fiction films.
“When you look at almost every space movie shot in the last 10 years or something, it’s so sharp and so clear. We started to look at old astronaut footage and films like ‘Capricorn One’ that were shot on film, and there was a tremendous amount of grain to it,” said Clooney. “A big part of what we were doing was about reintroducing this grain and flare, the kind of things that gave it these imperfections.”
Touched by the relationships in the film, Ruhe – noted also for his work on “Control” and “American Pastoral” – wanted to spotlight quiet moments as well.


“That’s what I loved about the script – it has such a huge scope and then it becomes so small and intimate,” he observed. “George and I agreed that sometimes we would just be there, trying not to do too much so that you can relate to these people and really get close. That’s why I wanted to shoot on Alexa 65 – I loved the amount of detail it can give you. This story is very much about family and all the people you meet along the way, where does it take you and whether it was worth it.”
Describing Clooney as a “very visual director,” Ruhe praised the collaboration.
“George knows by heart where he wants to be and where he doesn’t want to be. He takes risks and when he feels something is right, he just goes for it. That makes it easy for me,” he said. “You want the director to take a stand, and then you want the director to trust you. It’s always a journey and you have to trust each other, otherwise you are lost. And if you are lost, it gets really exhausting.”
“I worked with Martin on a bunch of things, starting with [Anton Corbijn’s] ‘The American,’ and his mind is constantly looking for and trying to figure out really beautiful and brilliant ways to shoot projects,” reciprocated Clooney. “I can’t tell you what an honor it is to work with this guy.”
[/size]