I've been ignoring this for quite some time - conspiracy theorists are just time-wasters because if they're too stupid to figure out the truth of a situation (this boat trip was widely covered in the largest online newspaper in the world), then they're too stupid for me to bother with.  But hey, looks like someone else has finally raised this ridiculous conspiracy, so here goes.

Social media posts tied to the QAnon conspiracy theory suggest that photos show former US president Barack Obama and actor George Clooney abusing a child. This is false; the photographer who took the photos in Italy said he did not see anything suspicious, and other images suggest the girl is Obama’s niece.

“He see he got caught,” claim Facebook posts trying to paint Obama and Clooney as being among the liberal politicians and celebrities whom the widespread conspiracy theory claims are pedophiles.
They include at least three photos of the former US president and the actor on a boat, accompanied by a young looking girl the posts imply is a victim. 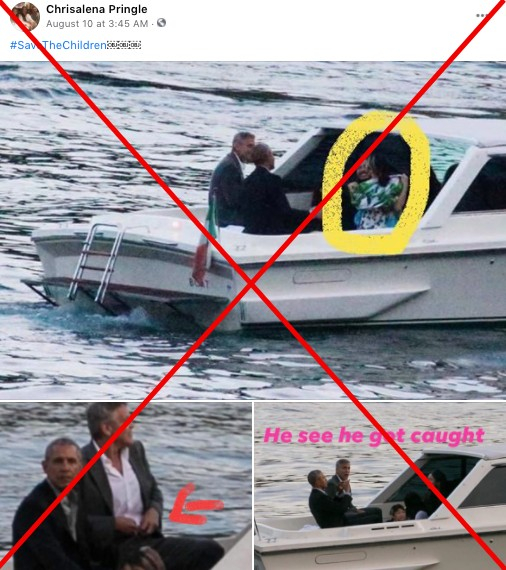 In one of the images, a red arrow points to Clooney’s hands on his belt while a second points to the head of the girl. In another, the girl is circled in yellow with her arms extending outwards while holding a piece of fabric, leaving some commenters wondering if she is taking off her shirt.
Some versions of the claim feature a fourth photo of Obama in the Oval Office, a young girl sitting on his lap.
[ 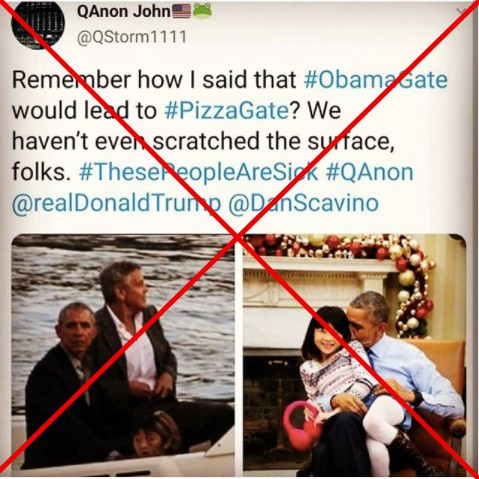 All four photos are real, but social media users are drawing false conclusions about them.
The girl sitting in Obama’s lap is his niece. The photo was taken on December 4, 2015 by official White House photographer Pete Souza, who published the photo on his personal blog with the caption: “The President snuggles with his niece Savita Ng after his sister, Maya Soetoro-Ng, and her family dropped by the Oval Office.”
The photos on the boat were taken in June 2019 on Italy’s Como Lake, when Obama and his family visited Clooney in a mansion there.
Matteo Bazzi, a photographer for the Italian news agency ANSA, confirmed to AFP via LinkedIn that he took the photos from that angle. Bazzi agreed to look through his photos from that day, and did not spot anything suspicious happening on the boat.
“I was not aware of this gossip,” Bazzi said.
While the photos used in the posts suggest that Clooney and Obama were among men on the boat, other photos show that they were accompanied by Clooney’s wife Amal, Obama’s wife Michelle and their daughters Sasha and Malia, as well as other friends and relatives. 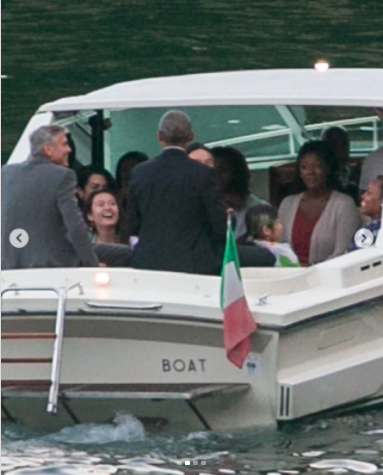 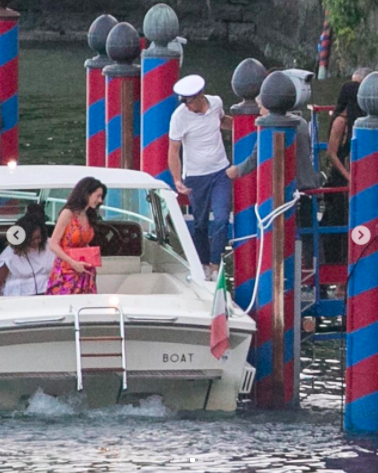 One video posted on Instagram by a local newspaper shows all the guests coming back to a hotel, with the young woman preceding all the others. Translated from Italian, the caption reads, “First come the daughters and relatives.”
Although it is not certain that the girl is Savita Ng, her father Konrad Ng posted photos on Instagram geotagged Lake Como on June 25, 2020, including a video shot from a boat on the lake, suggesting that the family was present.
[

Ng also posted a photo geotagged in the southern French city of Avignon just days before, where the Obamas were also vacationing prior to Como.

The first suggestions of foul play appears to have emerged from the now-suspended Twitter account @WinstonCovfefe just days after the Obamas’ Italian vacation in August 2019. Fact-checking website Snopes pointed out that the account was responsible for other hoaxes in the past.
As the photos resurfaced in August 2020, most versions of the hoax featured the hashtag #SaveTheChildren or #SaveOurChildren, while some YouTube videos and tweets provide more explicit information accusing the two men of molesting the child.
Starting in July 2020, the two hashtags were appropriated by followers of the QAnon conspiracy theory. QAnon adherents believe that a secret “Deep State” cabal is composed of various liberal personalities including the Clintons, the Obamas, or Hungarian-born billionaire George Soros, whom President Donald Trump aims to take down.
The theory holds that these personalities all secretly engage in perverted pedophilic behaviour, which provides a narrative for the Clooney and Obama photos.
“What QAnon has done is they folded in several forms of anti-pedophile conspiracy investigations that previously existed online to sort of streamline them for a more mainstream conservative audience,” Brian Friedberg, a researcher at Harvard’s Shorenstein Center on Media, Politics, and Public Policy, told AFP, adding that any theory can be worked into its canon.
Once a marginal theory, QAnon is moving into the mainstream through politicians, including one who recently won a primary contest in Georgia.

[size=37]Photo shows Barack Obama and George Clooney in a compromising situation with a child.
[/size] 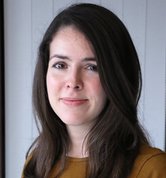 No, this photo doesn’t show Obama and Clooney acting inappropriately with a child

IF YOUR TIME IS SHORT

See the sources for this fact-check
[size]


An old photo of former President Barack Obama, the actor George Clooney, and another person on a boat is being presented on Facebook without context, making it subject to intense speculation of some social media users who think something sinister is happening.

"What was going on then?" one person wrote in an image that’s being shared on Facebook. "Why does it look like Clooney is zipping his pants back up? Why does #Obama look stunned? Who is that very young girl? Let’s RT widely and find out the truth! #pedopredators #EpsteinsBlackBook."

This post was flagged as part of Facebook’s efforts to combat false news and misinformation on its News Feed. (Read more about our partnership with Facebook.)

But the photo doesn’t capture Obama and Clooney at the scene of a crime, along with a young girl. Contrary to the caption, Clooney appears to be briefly touching his stomach, not zipping up his pants. 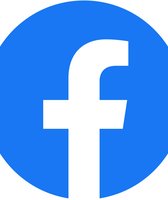 Scores of politicians and others are on a “list” of sex cases from newly unsealed Ghislaine Maxwell court documents.


Rather, it shows the men and someone else — we don’t know who — on a boat on Lake Como in Italy with several other people, including Michelle Obama, Amal Clooney, Malia Obama, and other unidentified guests in 2019.

In photos published by the Daily Mail, different angles of the scene reveal that there are other people nearby but not in view in the image being shared on Facebook.

This article is absolutely disgusting of course this on facebook.

If QAnon is looking for pedophiles they should start with their pet pervert in the White House who wants to "date" his own daughter, barged into beauty contest dressing rooms to watch the girls undress, and has been accused of multiple sexual assaults and rape. I wouldn't be surprised if his name tops Ghislaine Maxwell's list of preferred clients - not that that would bother any of his base. It's ok if he does something. It's just wrong when it's anyone else.

I'm still struggling with the mentality that wants (needs?) to believe these sort of conspiracies.

I think these people are extremely disturbed To me their belief in conspiracies are driven by a total distorted mistrust of government and how corrupt they think it is.  And elites are corrupt too because QAnon believes elites are trying to bring down America.  What is frightening is that one of these believers just won a primary in Georgia and will most likely end up in Congress.  The right wing of the Republican Party has sown the seeds for a movement like this.

Oh the joys of the virtual world! ... I’ve been AWOL for awhile and come back to this ... really? I didn’t even bother to read articles because in the real world IT DOES NOT EXIST ....

Space in my brain is limited...

Had a lovely conversation yesterday with two men, one of whom thinks drumpf is wonderful because he is corrupt and the other who loves conspiracy theories because "there must be a grain of truth to it or why would anyone say it?". I truly despair of the human race.

I hope and pray that the young people coming of age will make the world better. I know there are bad apples in all generations, I'm hoping that with all the information in the world they will make the difference.

This whole theory came from Qanon  the conspiracy theory group basically nuts. And of course Trump doesn't know anything about them yet several of their main supporters have been invited to the White HOuse.