They have been spending time together in Rome while promoting George Clooney's new series, Catch-22.
And the star, 58, was pictured leaving his hotel with wife Amal, 41, by his side on Tuesday, after a successful premiere at the Space Moderno the day before.
Lawyer Amal looked as stylish as ever, choosing to wear a pretty yellow crocheted mini dress which she teamed with a pair of brown suede thigh-high boots. 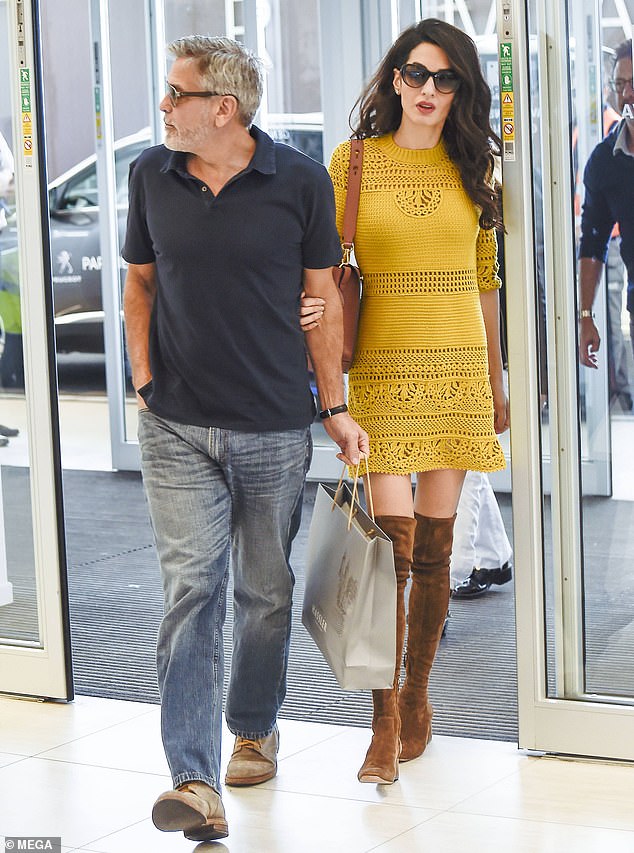 Style: Amal Clooney wore a yellow mini dress and brown thigh-high boots as she and husband George were pictured leaving Rome on Tuesday after attending the premiere of Catch-22


He was casually dressed in a blue polo shirt and jeans and sporting designer stubble.
The power couple, who are the parents of twins Ella and Alexander, who turn two next month, were seen heading to Ciampino Airport after a two-day trip. 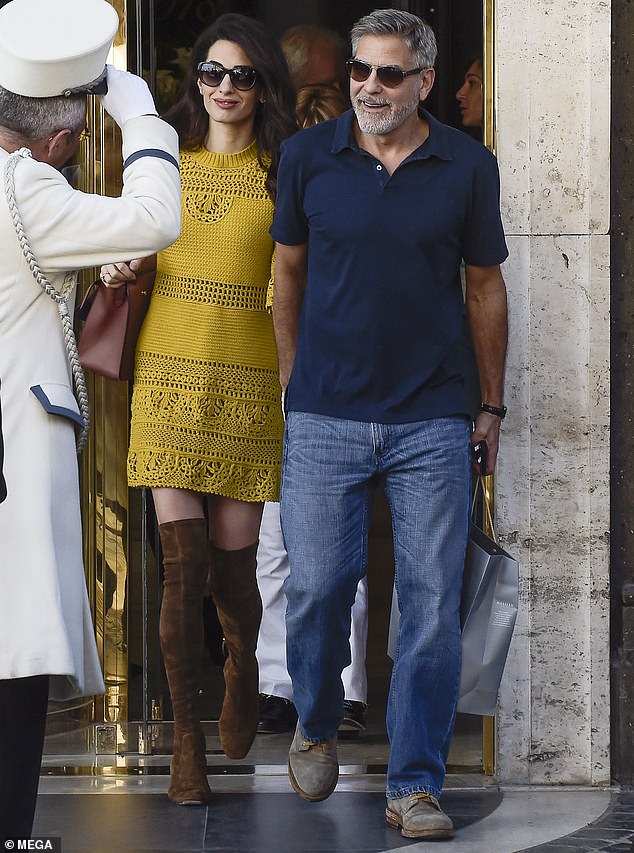 
Pitt-stop: The power couple, who are the parents of twins Ella and Alexander, who turn two next month, were seen heading to Ciampino Airport after a two-day trip

Catch-22 sees Clooney in a triple role as producer, director and actor.
George produces the new series, directs the first two episodes and also appears in the show as Lieutenant Scheisskopf.
Catch-22 is set to be released in the United States on Hulu on May 17, 2019, while Channel 4 will air the show in the UK.
[size=18]George Clooney and Kyle Chandler star in Catch-22 trailer 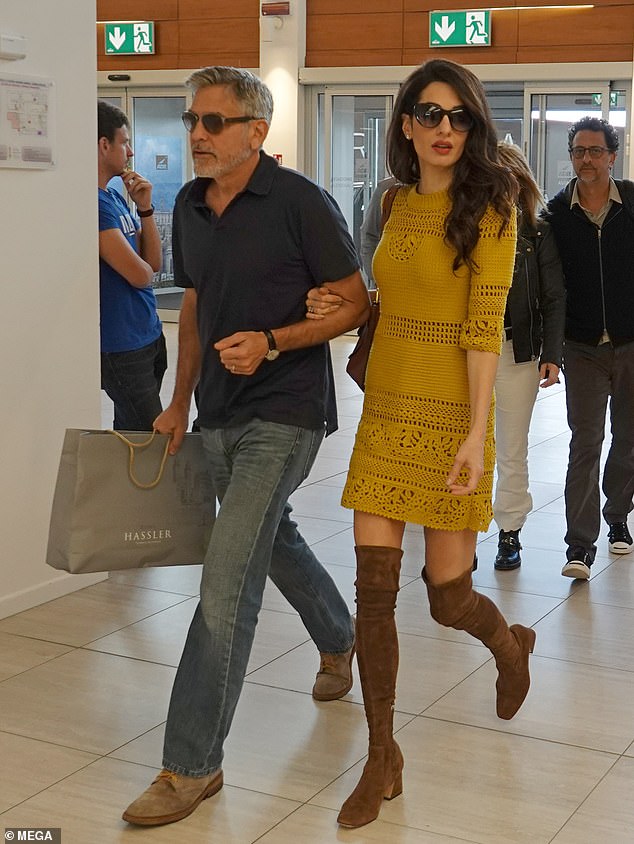 
So in love: Amal linked arms with her movie star husband, who she married in Venice in 2014
This comes after George and Amal's wealth grew by £10million last year after he was named as the world’s highest-paid actor.
The couple have a joint marital fortune of £270million, according to the Sunday Times Rich List.
George recently discussed his beloved twins during an appearance on the Ellen Degeneres Show.
The actor and Casamigos founder started revealed that Alexander is taller and they're both very different, despite being fraternal twins.
'They have their own personalities. He goes outside and hugs my car,' Clooney said, which got a laugh from the crowd.
He went on to express his frustration that his son is starting to take after his 'very British wife' Amal, since he caught him saying zebra as 'zeh-bra.' 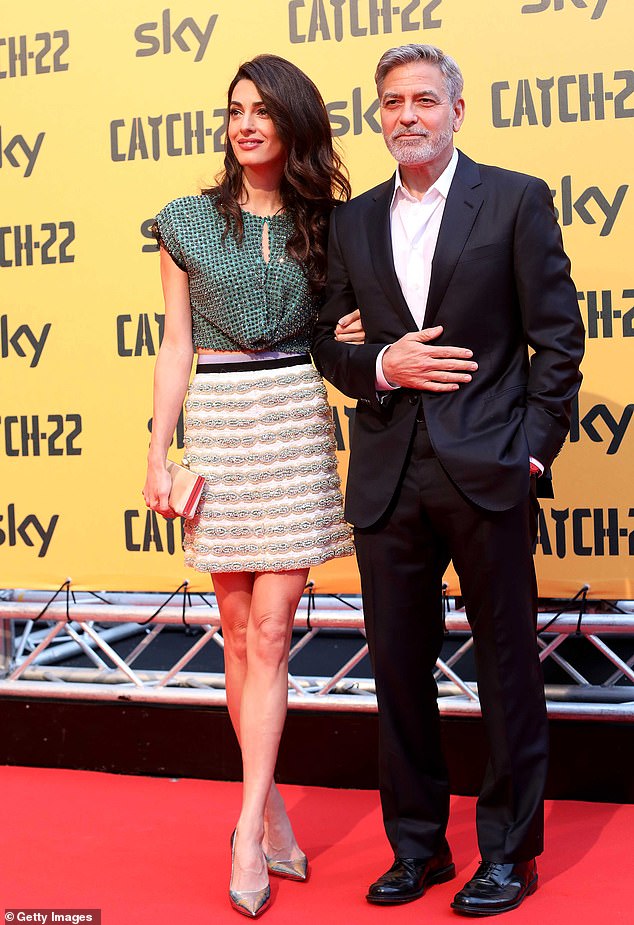 Event: The couple at the premiere of miniseries Catch-22 at The Space Moderno in Rome on Monday
[size=18]Amal Clooney seen in NYC with twins Alexander & Ella Clooney