This explains a bit more about the link between the two couples:

How did the barrister come to be part of the Duchess’s inner circle?

I would like to receive trends and interviews from fashion, lifestyle to travel every week by email


Amal Clooney looks after her friends. This month she took care of the Duchess of Sussex’s travel arrangements. Clooney hired a private jet to fly Meghan Markle home from her baby shower in New York. It cost £172,000. She hopped aboard too, with her one-year-old twins, Ella and Alexander.
The Clooneys were at Meghan’s wedding and have hosted her and Prince Harry at their home in Lake Como. Amal and Meghan have a lot in common — both are proud feminists and have been flung into the spotlight since meeting their high-profile husbands — both faced a public backlash for it, too. George Clooney and Prince Harry were the world’s most eligible bachelors and their wives have faced flack for taking them off the market.

But how did the Lebanese-British barrister come to be part of the Duchess’s inner circle? Here’s everything you need to know about London’s new power pairing.

Meghan, 37, and Amal, 41, were introduced by their husbands, who met at a private charity event in the UK and have become close friends. “When he started getting serious with Meghan, Harry introduced her to George and Amal, and the couple quickly started hanging out regularly,” says a Kensington Palace source. “It was a natural friendship from day one,” says another insider. When Markle moved across the pond, Clooney helped her settle into London life and introduced her to her hairstylist, Miguel Martin-Perez.

The pair have a similar style. Both are fans of flat shoes by designer Sarah Flint and Amal wore a yellow Stella McCartney dress to the royal wedding last May — the designer of Meghan’s second gown that day. They were invited to the after party and George brought along his own- brand Casamigos tequila to share around. He is protective of Meghan and has spoken out, defending her against negative press coverage.
Meanwhile, both women are committed to Pilates — Meghan is a fan of Megaformer classes in London and LA and Clooney practises for 30 minutes a day.
They share a taste for Italian food and wine. Clooney’s go-to drink is Franciacorta and she craved risotto during her pregnancy, while the Duchess named her blog after her favourite red wine — Tignanello Sangiovese. Her dish of choice is courgette Bolognese. She calls it “filthy, sexy pasta”.

It’s not all fashion and food — both women do humanitarian work. Amal specialises in international law and human rights. Meanwhile, Meghan has been a UN advocate since 2015, and both were on Vogue’s list of the 25 most influential women in the UK. They are both also friends with Saudi activist Loujain Al-Hathloul, who was jailed last year for criticising her government and who appeared alongside Meghan in a Vanity Fair shoot in 2016. 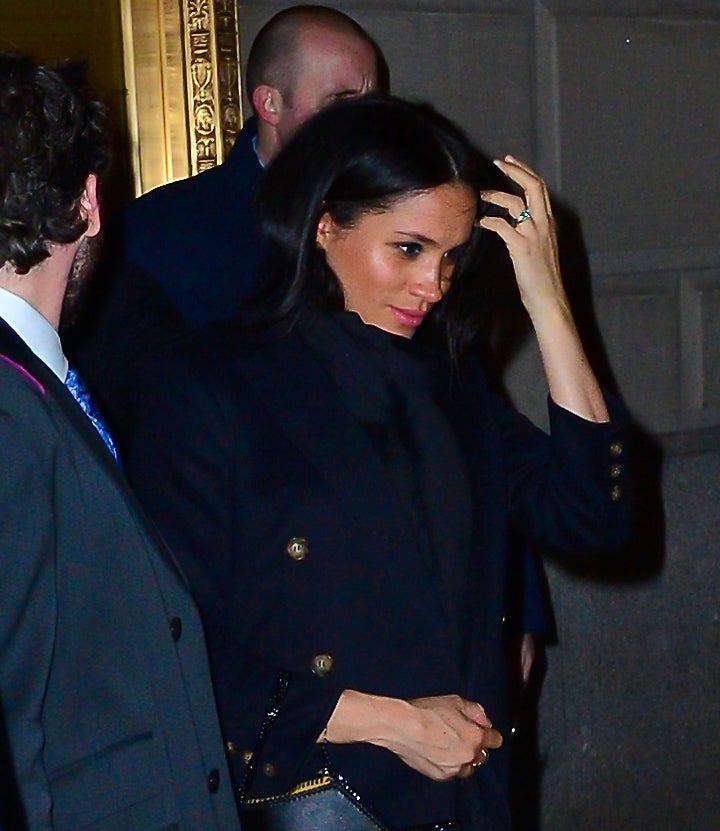 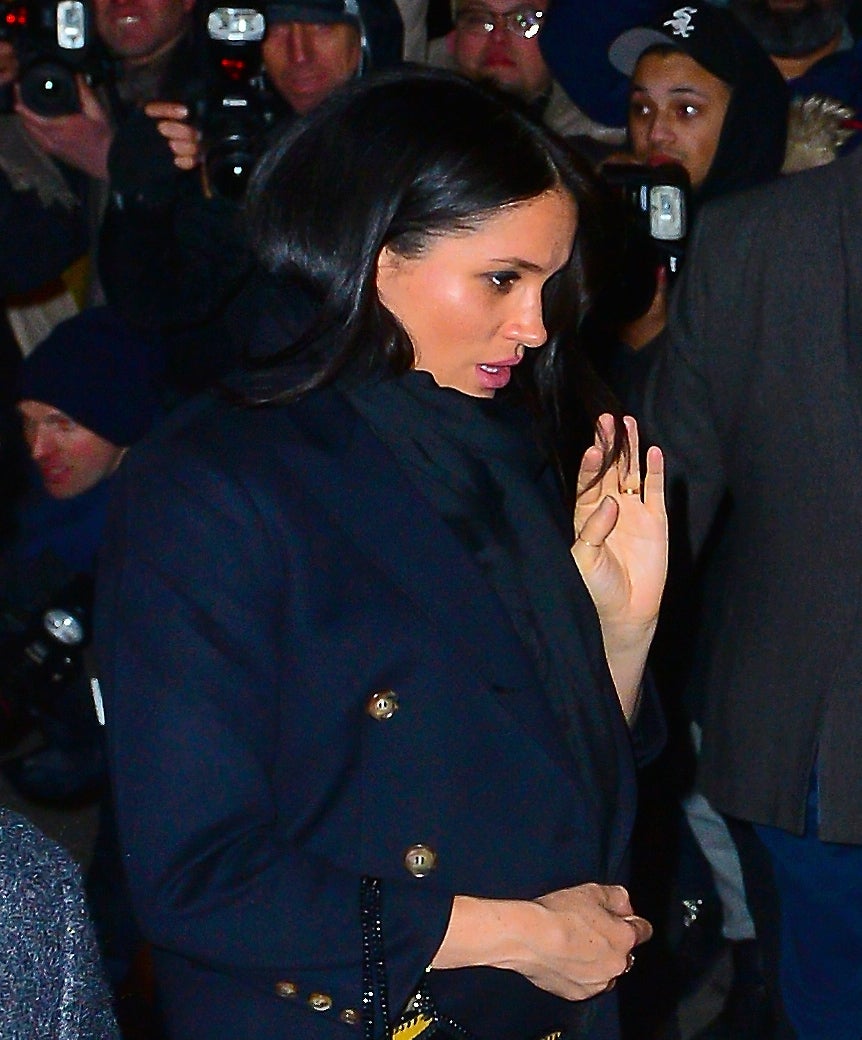 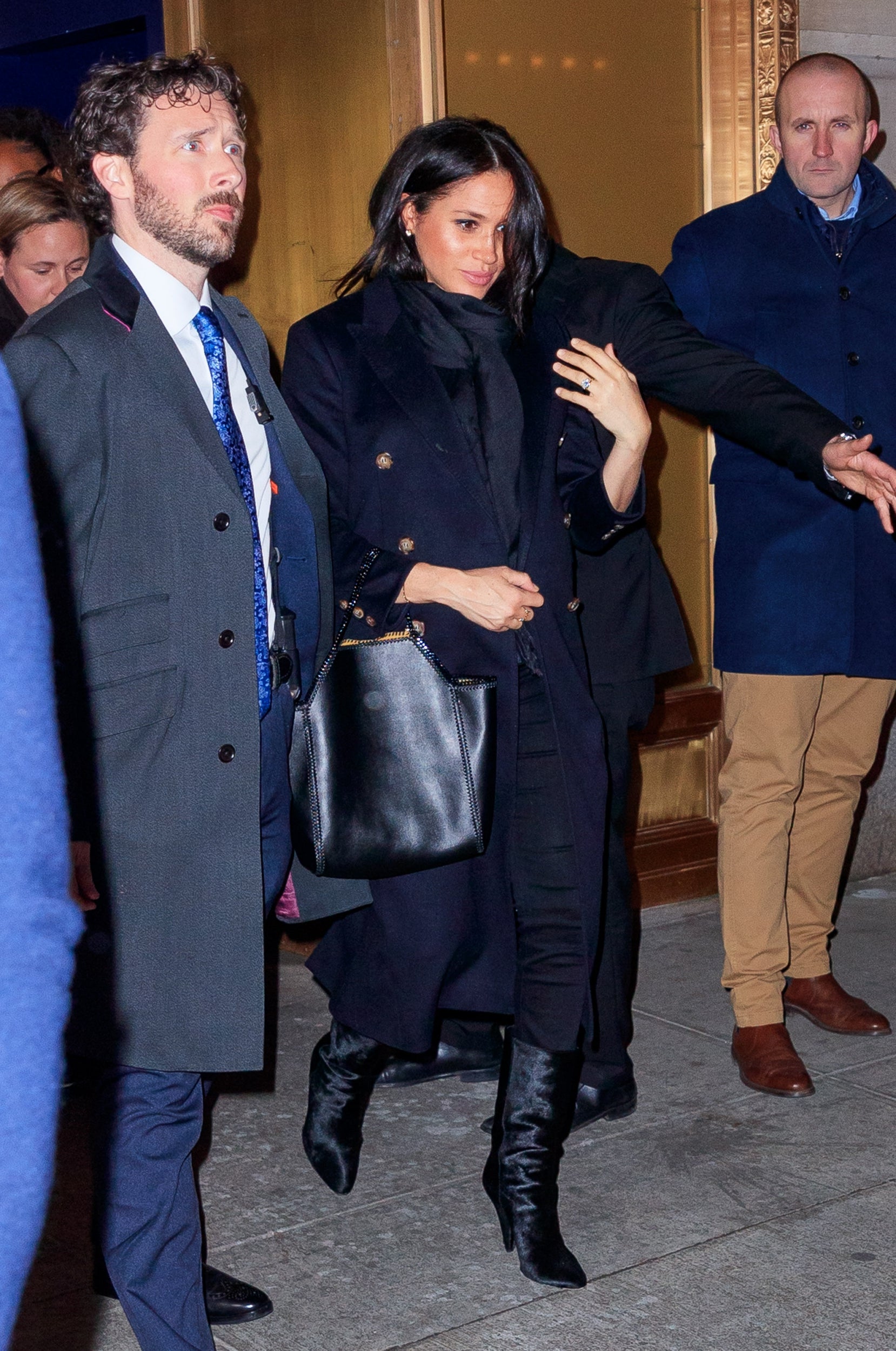 Sources say Meghan and Amal are now closer than their husbands but the couples still enjoy regular double dates. Last year the Sussexes joined the Clooneys for a four-day jaunt at their villa in Lake Como, which has a basketball court and dedicated pizza room.

In December they met Michelle Obama and other guests for dinner at the couple’s £10 million mansion in leafy Sonning on Thames. When Amal wanted to renovate her Berkshire home, Meghan hooked her up with Soho House designer Vicky Charles.
Charles is known for her thoughtful, tailored approach. She takes into account what she calls “the bones of the building” and how people live. This appealed to Amal.
Berkshire is a convenient mid-point between the Sussexes’ two homes: their Grade II-listed Cotswold cottage in Chipping Norton and Frogmore Cottage in Windsor, where they’ll be moving ahead of the birth of their first baby this spring. Amal sounds like a shoo-in for godmother.

I found two errors. One the dinner with Michelle never happened.

I don't believe Meghan had anything to do with Amal choosing the designer of her home.

I think that in the rarified members only Soho House world everybody knows everybody so they're all bound to talk over drinks anyway. Meghan met Harry through Soho House, etc etc, and the Soho House designer is in partnership with Julia Corden- James' wife!

So the reporter was probably surmising that could have happened and created a few more column inches for the paper!