That's great!
I had hoped George would appear on a number of shows to promote 'Suburbicon', and he and Jimmy always get on so well...

[size=45]George Clooney Dishes on Twins’ Personalities, and Has Strong Words on Weinstein Scandal[/size]

“Extra’s” Renee Bargh sat down with George Clooney to talk about his new movie, “Suburbicon.” George also dished on life with twins and shared his feelings on the Harvey Weinstein scandal.
George and his wife Amal welcomed their twins Ella and Alexander in June. He admitted that getting married and having children was not always part of the plan, “When Amal and I met and when we got married it became really clear we were lucky… It seemed selfish not to share some of that luck with some other people.”
The 56-year-old revealed Alexander is bigger than Ella. “He weighs three pounds more than his sister.” He told Renee the babies both have distinct personalities already, “They’re born with a personalities. Ella is very elegant and dainty she has these big beautiful eyes, she looks like Amal… He’s just a thug, he’s a fat little boy, he laughs louder than everyone in the room, it’s the funniest thing.”
Renee asked if they are done having kids. George answered, “Done!”
Clooney, who has been outspoken about the Weinstein scandal, said more has to be said, “There has to be some good that comes out of all of this and the good is going to have to be that women feel safe to speak up, that they are believed and hopefully be enough that it scares any man who would behave like that from doing it.” He added, “Let’s stop having meetings in hotel rooms, you can have it in the restaurant downstairs.”
He called for fundamental changes and said even his wife has seen the harassment, “My wife is a very smart, very together, very accomplished human rights lawyer and she said there have been times in my life, in the law community I had to tell someone to knock it off, so it happens everywhere.”
He went on, “This wasn’t just guys hitting on girls, this is assault… If we don’t address this and really go after Harvey, it will come back.
As for “Suburicon,” many are calling it his best directing yet. The film is seen as a new crime thriller-black comedy mix “Race is never sort of a hot breaking news story its seems to always be part of our original stand so some of this was always going to play out… I thought it was interesting to talk about things like building walls and scapegoating minorities.” He said, “I wanted it to be entertaining, wanted it to be fun… and if along the way if people want to talk about it great, that’s what you hope for.”
Looking to remind people that the country has been through bad times before, “It is such an angry time in the country… These things are cyclical… but also that these things are fixable and we will fix them again.”
He said he is always “optimistic.”
“Suburbicon” opens in theaters Oct. 27. 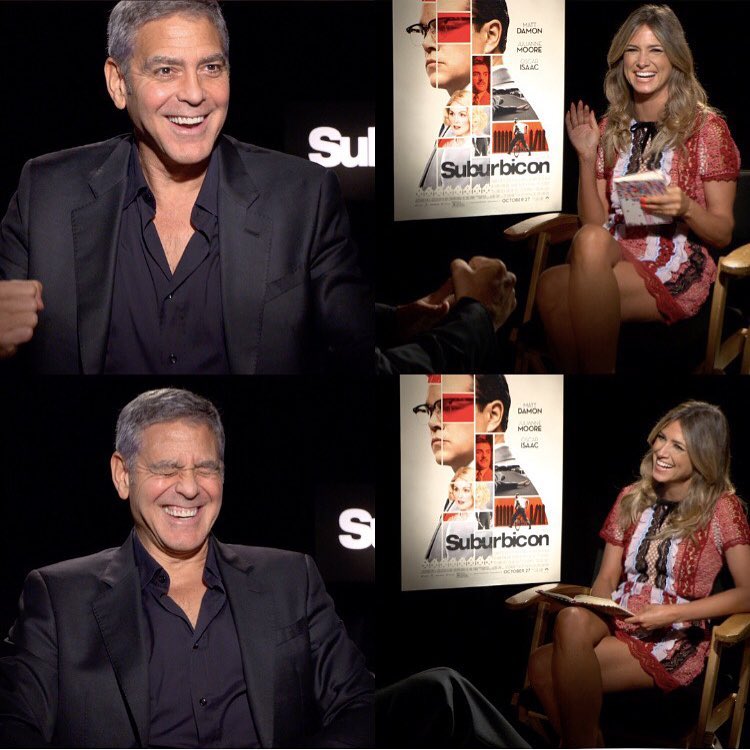 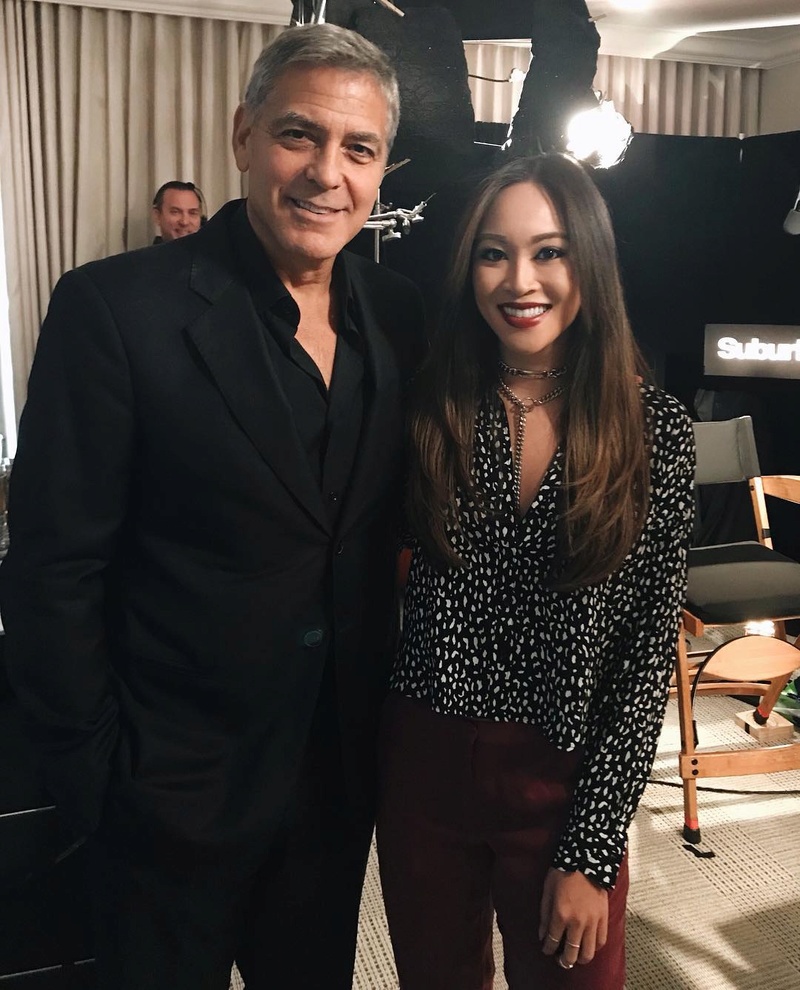 The press junkets are well under way then -and the technique to have a different slant for everybody - and possibly the patience of a saint in pursuit of promotion.......

I wonder if he'll show up at any of the premieres.

@LizzyNY wrote:I wonder if he'll show up at any of the premieres.

he's the director, what do you mean 'you wonder whether he will show up'? 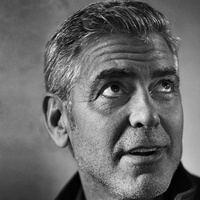 @party animal - not! wrote:The press junkets are well under way then -and the technique to have a different slant for everybody - and possibly the patience of a saint in pursuit of promotion.......

Hmmm, yes PAN. And, BTW, he is looking pretty sexy in all black.

I would think George would be at the LA premiere for sure....

Yes, Donnamarie, and yes, I can't see him being in LA, doing all these interviews and not getting a third bite of the cherry after Venice and Toronto.

He seems pretty happy hanging out in LA. I'd expect him to be at the premiere there. I was really wondering if there will be any other formal-type premieres around the country (like maybe here in NY). I've looked, but all I can find is an opening date of Oct. 27th - no mention of a premiere. And we know he has to be back in LA for Halloween!

The LA premiere already started and George and Amal are there.

wait are the babies going to be shown on jimmy kimmel live tonight?? OMG

or are they going to cover them up and not show them?

I knew he wasn't going to show Alex and Ella lol.

We haven't got the video yet, do we?

Annemarie, agreed. I knew he wouldn't show the twins, but I did wonder what he was up to. I didn't expect him to use the twins to give Matt a chance to stick it to Jimmy! Brilliant!

Matt made a really cute nanny .

That was hilarious! Cool and smooth George ....

Me too . I never heard that story before .   Very sweet .

What's Matt and Jimmy's feud based on? When did it start and why?

I also loved the story of Nick protecting George...

@carolhathaway wrote:What's Matt and Jimmy's feud based on? When did it start and why?

I also loved the story of Nick protecting George...

Carol, it's a long story, so I post you a link:
http://time.com/4473441/jimmy-kimmel-matt-damon-feud-history-timeline/

Thanks Doug Ross for the link. I didn’t know the history behind the Kimmel Damon feud either. It’s a good one!