Yesterday at 13:02 by annemarie

Here's a link to a silly story, 'rating' celebrity babies.  I couldn't be bothered to post most of it.  Suffice to say, Ella and Alexander are placed 7 out of 25:

Well guys, it certainly has been awhile since we took stock of the celebrity baby world and figured out which tot ruled them all. Just in case you forgot, when we originally published this ranking in November 2014, North West resoundingly topped the list, followed by Blue Ivy Carter and Prince George. But so much has changed in the last two years.

A lot of new babies have been born, and a lot of former babies have been aged out of the classification. (Reminder: a baby is defined as being zero to three years old.) Goodbye Baby Future! Have fun in preschool, Blue Ivy! See you later Prince George! With so many spots in the Baby Top Ten vacated, and so many newcomers vying for infant glory, we once again crunched the numbers, looked at adorable photos, and unfairly judged celebrity parents. Which babies are running shit in their early years? Which ones have more Instagram followers than God? Which ones appear to be on track to rule the world? Those are the questions we asked ourselves, all to provide you with an updated, definitive list. Without further ado, here are The 2017 Celebrity Baby Power Rankings.

P.S. Some babies who appeared on the 2016 ranking appear on this version as well; you can see how far they've fallen or how high they've risen in the parentheses next to their names.

P.P.S. And again, in case it needs to be said, this is all in good fun. We love [size=17]all babies—even not-famous ones.

[/size][/size]
[You must be registered and logged in to see this image.]
Parents: George Clooney and Amal Clooney
Date of birth: June 6, 2017
Highest praise from a website: "They're the perfect mix of George and Amal" - Rande Gerber via ET Online

Elle and Alexander Clooney have hit the genetic jackpot. Take George’s looks, Amal’s brain and together you’ve created the world’s most perfect human being(s). Besides the fact that they were born in London, the Clooney twins have already been to more exotic places than I have in my twenty something years of life. Elle and Alexander spent their one month birthday traveling on a private jet to Italy in extremely extra white lace bassinets straight from the Victorian era. The twins even had Uncle Brad Pitt stop by to give them dolls straight from Africa, just because his kids liked them when they were younger. These twins are set for life—not to mention that nice Casamigos tequila checkgoing right into their trust funds. 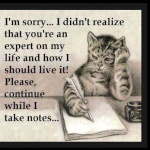