This is so unrelated to them that I'm putting this in the non-Clooney section of the forum.

Now YOU can chill out at an A-list Ibiza retreat: Makeup artist to the stars throws open the doors to her boho-inspired party palace (and it's all yours for £2,500 a week)


Given that her devoted clientele includes the likes of Amal Clooney, Cindy Crawford, Jade Jagger and Amber Le Bon, there's no telling who Louise Maxwell's luxurious Ibizan finca has played host to over the years.
The makeup artist and mother-of-two, who has based herself on the party island for a decade, won't name names, saying only that 'all my friends love to stay here', and that she's had 'quite a few' celebrity clients temporarily call Casa Yasmina home.
Still it's easy to imagine the enchanting alfresco dining area, decorated with Tibetan prayer flags, appealing to bohemian jewellery designer Jade Jagger, or Noel Gallagher's wife Sara MacDonald taking a dip in the private pool.


Now mere mortals too can sip a cocktail on the Moroccan-inspired roof terrace, or rustle up a feast in the rustic kitchen, as Louise has made the villa available as a holiday let.
Around £2,500 will bag you a week at the glamorous property near Cala Conta, on the south west of the island, which has been decorated throughout with pieces picked up by Louise on her travels to Morocco and India. 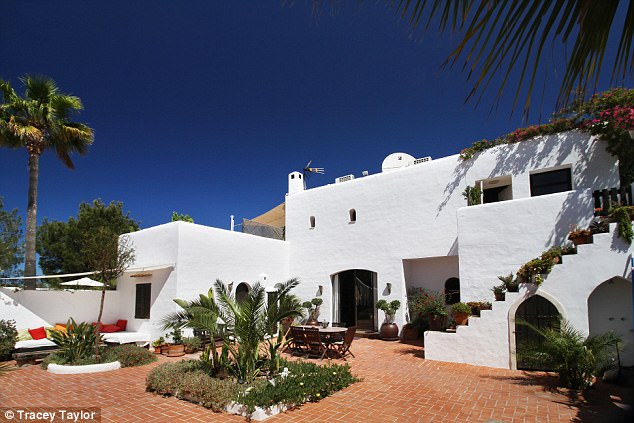 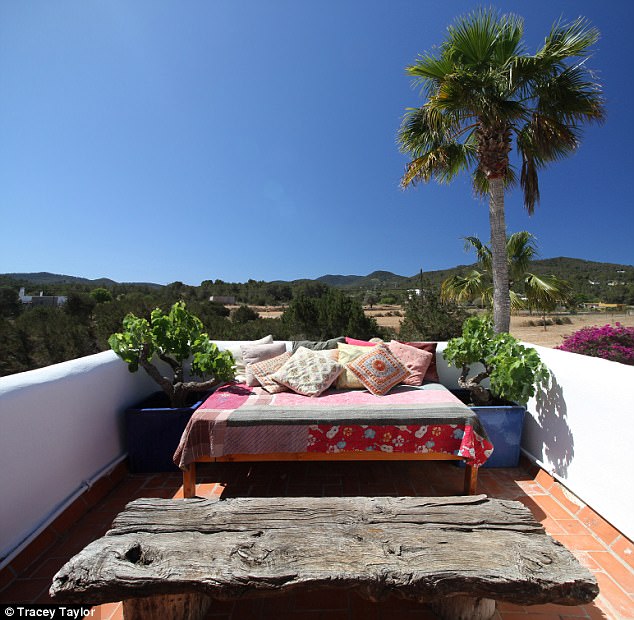 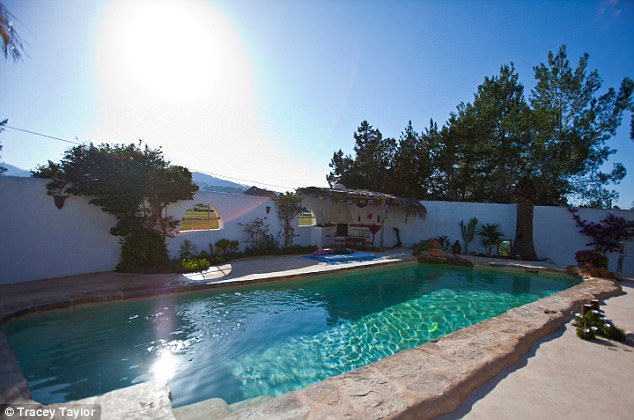 
Around £2,500 will bag you seven nights at the tranquil property, which boasts a private pool 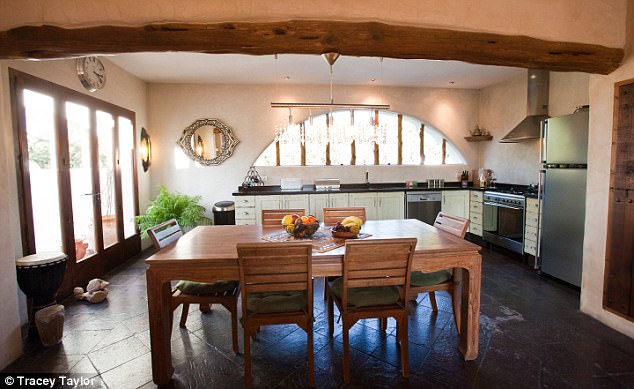 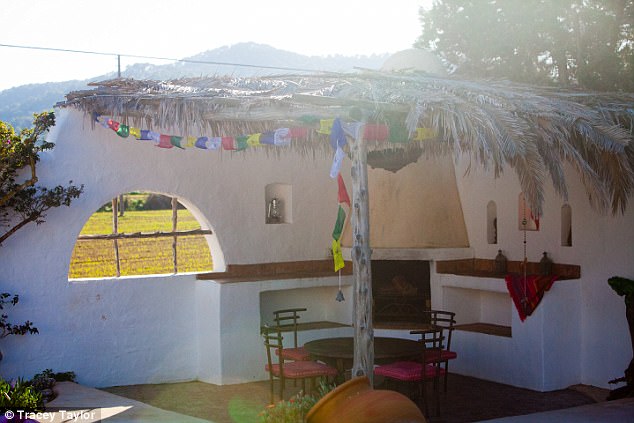 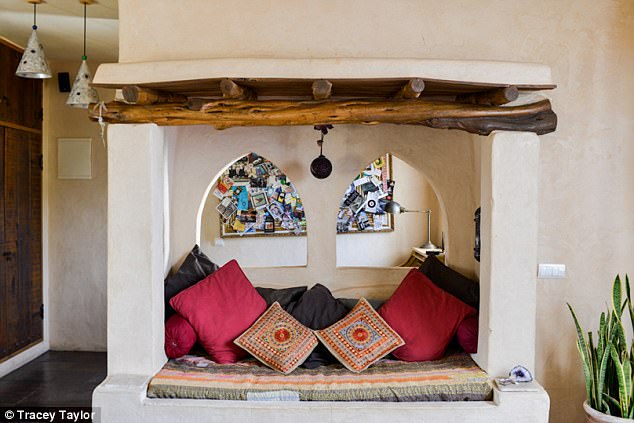 
The villa is on the south west of the party island, close to Cala Conta, the location for fashion shoots Louise has worked on with the likes of supermodel Natalia Vodianova 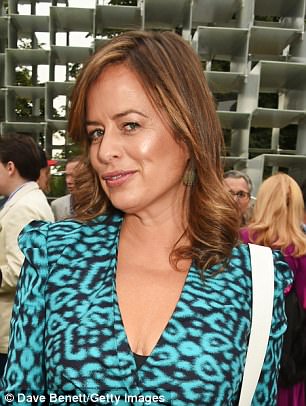 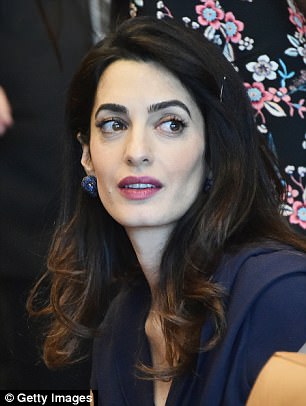 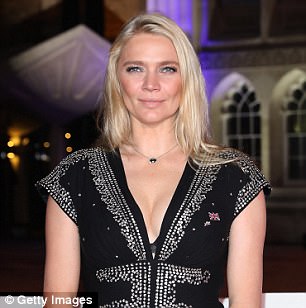 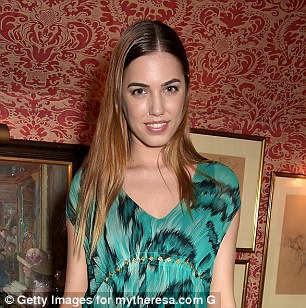 Louise won't reveal which of her celebrity clients have stayed at her Ibiza pad, but she's worked with models Jodie Kidd, left, and Amber Le Bon, right

The makeup artist says the island's family-oriented vibe - in addition to the 'vibrant, creative' people who call it home - is what first drew her to Ibiza, and she was determined to make Casa Yasmina a 'peaceful and private oasis'. 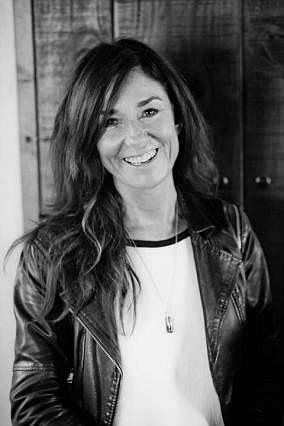 
Louise says she's had 'quite a few' celebrity clients to stay in the past - but says she prefers not to name names
That said, the property on the south west of the island is perfectly placed to enjoy the nightlife that made Ibiza famous - here are Louise's top tips:
The restaurant: Sa Capella in San Antonio serves grilled fish and meats in an old converted church.
The party: The legendary (and luxurious) Pikes Hotel - now Ibiza Rocks Hotel at Pikes - has the 'best house party feel in Ibiza', Louise says.
The activity: A boat trip around Es Vedra, the tiny rock island off Ibiza's south west corner, said to be the third most magnetic spot on the planet.
The beach: Cala Conta, the makeup artist's top spot for watching the sun set. 'I'll always remember an advertising campaign [I worked on there] for Stella McCartney with Natalia Vodianova,' Louise recalls. 'It was an incredible morning at Cala Conta... the sky was every colour imaginable, and the sun and the moon were out at the same time.
'The images and video were beautiful, and being able to catch moments like that is what living and working in Ibiza is all about.' 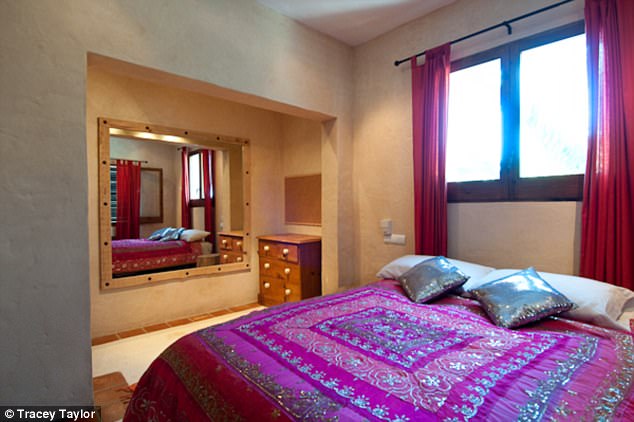 
The master bedroom in the plush villa, which has space to sleep between eight and 10 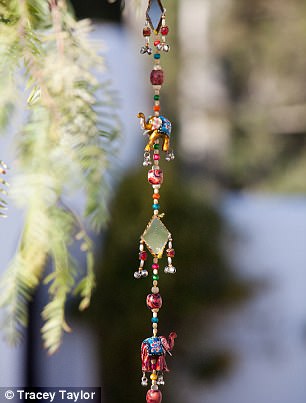 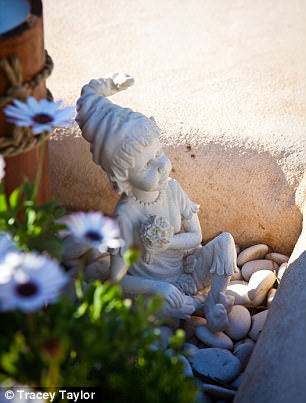 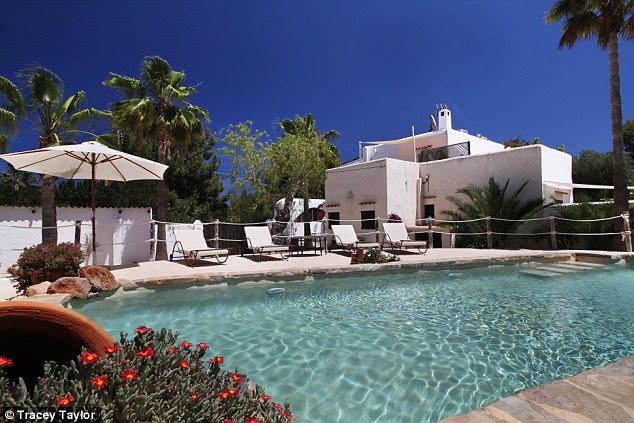 
The British makeup artist says she loves the property's 'relaxed' feel, but is so busy during the summer she is rarely there 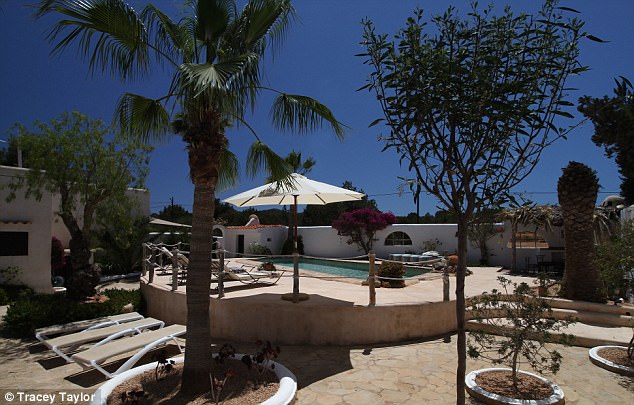 
Loungers and potted palms are dotted around the terrace that surrounds the private pool
To find out more about Casa Yasmina visit ownersdirect.co.uk.  [/size]