Yesterday at 16:45 by annemarie

» Harvey Weinstein found guilty faces up to 25 years in prison

» Are George Clooney And Amal Having Third Baby To Save Their Marriage?

Very informative and recent piece on Syria by Baria Alamuddin

Very informative and recent piece on Syria by Baria Alamuddin


http://www.syriahr.com/en/?p=43742 written for the Syrian Observatory of Human Rights

The other ISIS
January 31, 2016 Comments Off on The other ISIS
The unfortunate population of central Iraq is squeezed from two directions. Western media keep us informed in gruesome detail about the atrocities of the Islamic State of Iraq and Syria (ISIS), but official sources seem far more reluctant to report on the brutality of the “other ISIS,” known as al-Hashd al-Shaabi. It is an umbrella organization of Shiite and pro-Iran militias, ostensibly set up to tackle ISIS, but its real agenda appears to be different and more sinister.
The conventional narrative about the emergence of ISIS conveniently ignores the role of Iran and Syrian President Bashar al-Assad in nurturing this terrorist entity. In the years after 2003, Assad acted as gatekeeper for the influx of Sunni jihadists into Iraq. The Syrian regime thus had close links with the leadership of these groups, and sought to exploit these ties to further its own aims.
When the population of Syria turned against Assad, the regime released thousands of Sunni extremists from jail, thus nurturing the Islamist bogeyman about which it was warning foreign governments. Assad falsely claimed that his opponents were radical extremists, so in the ultimate Machiavellian move, he created his own enemy.

In the early months, as ISIS extended its control over parts of eastern and northern Syria, the regime and organization studiously avoided fighting each other. Assad and his Iranian powerbrokers even financed ISIS by buying its oil.
Its takeover of western Iraq presented a golden opportunity for Tehran to extend its stranglehold over the Iraqi state. However, Iran’s extended influence went far beyond this. The consolidation of numerous Iran-sponsored militias into Al-Hashd al-Shaabi gave Tehran direct control over the most effective fighting force in Iraq after the disintegration and humiliation of the national army.

Al-Hashd al-Shaabi clearly has an interest in beating back ISIS, but its strategic aims go way beyond this. The Shiite militias that constitute it came of age after the 2003 U.S.-led invasion, killing Americans and waging a campaign of sectarian cleansing across parts of Baghdad and central Iraq.
During the height of sectarian conflict in 2005-07, militias such as Al-Mahdi Army, the Badr Corps, Kata’ib Hezbollah and Asa’ib Ahl al-Haq were instrumental in clearing whole districts of Baghdad of Sunni inhabitants through brutal sectarian killings and terrorism.
For these organizations, the fight against ISIS is an extension of this battle. Attacks on Sunnis in “liberated” areas, and preventing the return of refugees to their homes, are not an incidental byproduct of the conflict, but al-Hashd al-Shaabi’s fundamental rationale for engaging in it.
Washington and its allies willfully misunderstand this reality. Billions of dollars in U.S. arms have been funneled through Iraqi institutions into Al-Hashd al-Shaabi, supplementing the Western hardware already in Iraq that fell into the hands of these militias.
The United States and these militias are old enemies, so it is understandable that we do not see them working together. However, in practice there is close coordination channeled through Iraqi military institutions.
The relationship between ISIS and al-Hashd al-Shaabi is similarly complex. They are mortal enemies, coming from different extremes of the sectarian divide and being pitted against each other, but they are each other’s reason for existing.
There would be no al-Hashd al-Shaabi without ISIS. Similarly, Assad’s only tenuous justifications for his regime’s existence are as a bastion against Sunni extremism. They are necessary enemies in a perfectly symbiotic relationship.

Therefore, when the Western media documents atrocities against the Sunni local population, it makes the fundamental mistake of portraying these as incidental developments in the fog of war. In reality, the Sunni population is al-Hashd al-Shaabi’s real enemy, which is why the former has borne the brunt of the latter’s brutality. Attacks on Sunni civilians are not simply misguided revenge attacks for supposed links to ISIS – they are Al-Hashd al-Shaabi’s raison d’etre.
Human rights groups have documented widespread patterns of abduction and killing of Sunnis. Families have paid thousands of dollars to free their abducted relatives, only to have them turn up in morgues a few weeks later.
These Shiite militias have consolidated their control over the Iraqi state, but have retained their operational and organizational independence, answerable only to Iran. Iraq has all but disintegrated as a coherent state, allowing powerful neighbors and non-state actors to extend de facto control. As with Hezbollah in Lebanon, al-Hashd al-Shaabi effectively acts as a state within a state, and is all the more powerful for being a state within a failed state.
There are many indicators that ISIS’s hold on major Iraqi population centers is weakening. If its threat dissipates, as we are promised, we will be left with the threat of an Iran-sponsored entity that is more powerful than the conventional armed forces and compels Iraq’s institutions to do its bidding.
Is it thus possible that this “other ISIS” represents the greater existential threat to Iraq and the region – an Iranian Trojan horse for which extortion, abduction, sectarian cleansing and mass killing of civilians are legitimate weapons of war? Many believe so.
_________________________
Baria Alamuddin is a journalist and commentator on Middle East current affairs. 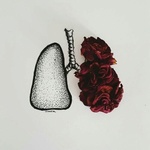 Just moving this to the 'kitchen' part of the forum as this isn't George related.