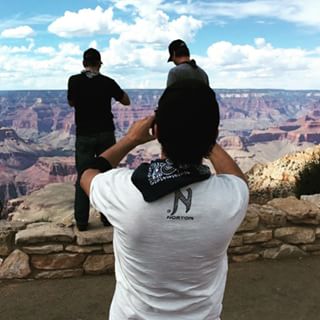 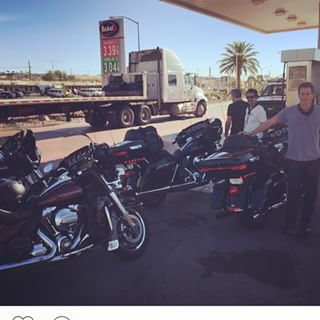 Who's the fourth person, I wonder? The one taking these shots?

Looks like Grant in the white shirt. Another tequila fact finder mission?? Is their week up yet? Should be getting together again soon in London perhaps?? 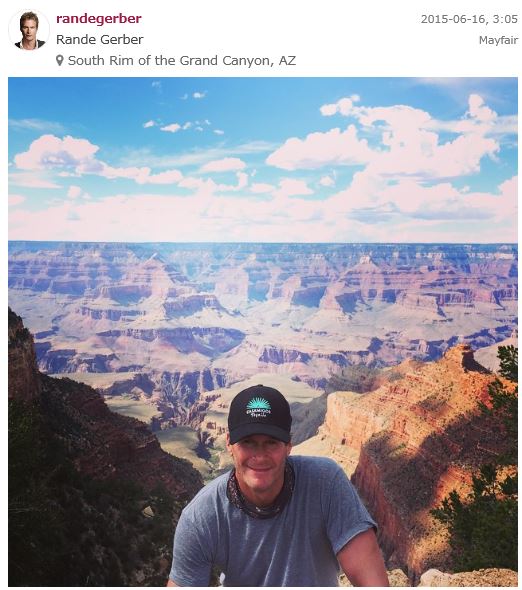 I think it's time for Italy they are usually there by the middle of June.  I think this is their yearly boys trip they did this last year as well.

Me too. Fitting it in before leaving to go across the pond to Europe. Of course he may do another bike trip there too.......

Possible irony. Don't know what the 'Mayfair' thing in the right hand corner of the pic means - but that's where Amal was yesterday............

I too think Como is the next destination.  It's a nice thing that the boys do this every year as a tradition.  Love that last shot of Rande with the canyon as the backdrop.  Beautiful!

And George did say he wanted to take Amal through the French alps on a road trip this summer.

Stop! She blow off!

I'm sure they will be doing that bike trip this summer.

Another pic from Melberts link 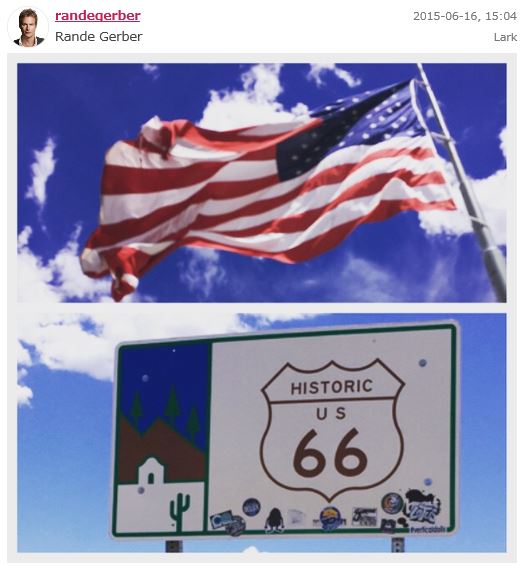 glad to see the boys having a good time, away from the other half. george seems to have a lot of fun with his friends and is free and happy. I hope they all enjoy their trip and just enjoy life. bg

I was wondering where these guys stay at night on these road trips.  There's no tweets or cell phone pics from random people of the boys coming or going from any lodging facilities.  Camping out?  Just curious.  Anyone know?

A pic and explanation, Donnamarie

Well, what do you know!  So funny.  Wonder if they filch all the toiletries and stash them in their backpacks when they check out?

Lol Donna...I bet their backpacks are full of
Casamigos !

Nice to know they can slum it like the rest of us!!! Well after Mrs C spending all G's cash, maybe he has to??!!  How far is Colorado from the Grand Canyon?? Seems they're getting around a bit!

Hi Dstryr!  Thanks for the post.  Well that's definitely Grant and George.  "Where the hell are we? Here?  No here!"

They must be having a blast!

It looks like they are having a really good time .

A folded paper map, not smartphone GPS. Love that.

Me too . Lighter to carry in their packs .


9 hour ride in 103 degree heat through the most beautiful mountains and small towns. Stopped at Motel 6, super 7 and all the other roadside sleepers and couldn't get a room. Then we came across this. A little slice of heaven somewhere in Utah off a long dirt road. 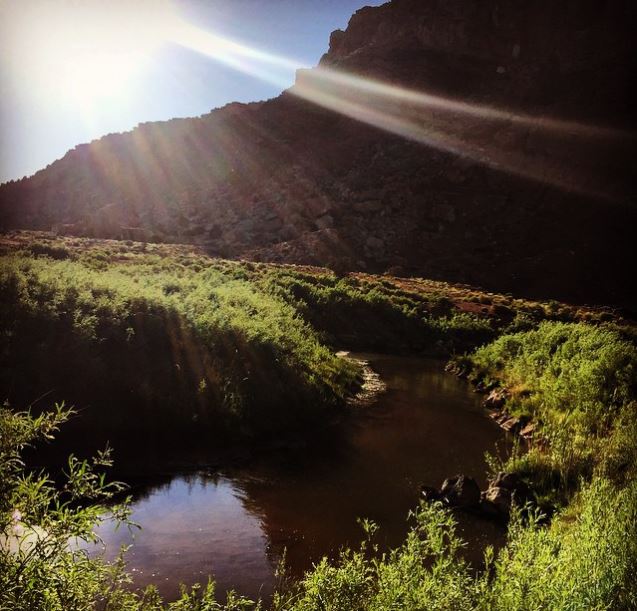 Beautiful.  So glad they're having such an amazing time.  How do you take trips like this and not put your lives in perspective?

So funny they couldn't find a motel to stay the night.  Guess "do you you know who I am" just didn't matter.  Kidding of course.  Don't think George would ever use that line!
Wonder if they slept under the stars.

This trip looks amazing - obviously the back is holding up!

I love maps - and i wouldn't know where to start with SatNav. Never had one, never wanted one, and have heard the dreaded voice of command on many.......

PAN, George's back pain must not be that bad at this point.  Riding a motorcycle for days on end would be excruciating for anyone with serious back issues.  Really, riding a motorcycle if you're in tip top shape is exhausting in and of itself.  These guys must be spent by nightfall.


Looks like they went as far out as Colorado and now heading back through a part of Utah.

Yep, Donnamarie, I think that's where they've been, but I think that the pics are posted late.......and someone's heading across the pond, and possibly already there...........

@fluffy wrote:...How far is Colorado from the Grand Canyon?? Seems they're getting around a bit!

Picture it this way: If I'm facing you and I'm Arizona, then Colorado is sitting on my left shoulder.

Thanks Way! So not that far then! The tweet says 103 miles so maybe 3hrs in the saddle at a go between comfort stops?? As a lady! not big on going in bushes, don't they have cacti en mass out there??? Ouch!!

I have taken long bike trips and you feel stiff afterwards .


O Clooney, where art thou?

Courtesy of Mollie Harte |
Mollie Harte (left) poses with George Clooney at The Pullman, where she met him on Wednesday night with a group of five friends and family members.


Local Mollie Harte had just finished a softball game when she went to The Pullman to meet up with her brother-in-law and his girlfriend.
Oh, and George Clooney.
The actor passed through Glenwood Springs on a motorcycle trip with a couple of his friends, and Harte met him at The Pullman at around 10 p.m. on Wednesday.
“My brother-in-law had spotted him, and he actually went up and started talking to George,” Harte said. “He was awesome — really, really cool. He was all about the conversation. We asked him what his favorite movie was that he was in, and he said, ‘O Brother, Where Art Thou?’”
Harte said Clooney told her and her group of about five other friends and family members that he was on a motorcycle trip. He passed through Ouray and planned on heading to Bryce Canyon in Utah.

Although Harte said she would have preferred to have met George Clooney in something other than her softball jersey, she was glad for the pleasant experience.
“He let us all take pictures with him,” she said. “He was really cool about it.”
Before heading off to Bryce Canyon, Clooney had breakfast at Daily Bread.
Miriam Burden, a Glenwood Springs resident and host/server at Daily Bread, said Clooney and three other gentleman dined Thursday morning while she was working, but she was not their server.
Glenwood Springs resident and Daily Bread server Holden Gray was there, too, but he said he didn’t get much of an impression of Clooney.
“We let him be,” Gray said. “You could tell he was happy about that.”
It seems whether he was left alone or chatted up by locals, Clooney was just happy to visit Glenwood Springs.


Such an honor to meet& speak with #GeorgeClooney. He has an amazing soul, very humble and down to earth. wow. 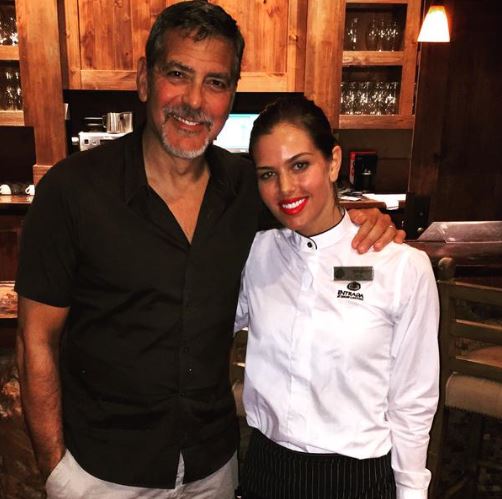 I think he looks good and very fit.   Especially for being on the road for several days.  I'm not a big fan of the scruff but he still passes my sexy test.

Maybe she posted this picture and it was taken before Grant left. Or he is back from the boys trip.

I'm going with the probability that the picture was taken before Grant left on the boys trip.

I don't know when that photo was taken, but don't you think Rande and Grant would want to be home for Father's Day? I know I'd be really disappointed if my Dad wanted to spend the day with his pals instead of with me.

I think it's a good assumption they are all back in LA now.  It looks like they were were gone almost a week.
They could have gotten back yesterday.

@LizzyNY wrote:I don't know when that photo was taken, but don't you think Rande and Grant would want to be home for Father's Day? I know I'd be really disappointed if my Dad wanted to spend the day with his pals instead of with me.

I'm pretty sure they're on the way home, if not already in LA by now. Lysa's latest Instagram post was a pic of them on their trip (without George) with the hashtag "#papascominghome.
Thought they always end the trip in Las Vegas. So just wondering, if they hop on a flight back to LA from Nevada, do they ship their bikes back?

Cindy and their kids were in the Far East for Omega.  I don't know if they're even home yet.

All smoke and mirrors, isn't it?

Rande has posted a pic of his late father, Presley Gerber posted a 'leaving the far east' pic a couple of days ago - and Amal was papped in the UK last Thursday.............

Cindy's Instagram showed a pic from a plane and her commenting she was halfway home. That was two days ago.

They probably all did their schedules so this trip could be done when everyone was busy. Before father's day for Rande and Grant and before George and Amal head to Italy. 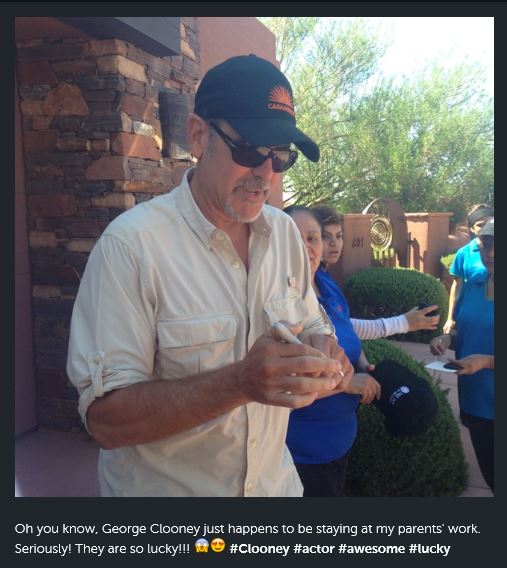 The Daily Mail has a story with pictures of Rande, Cindy and the kids out and about in Malibu on father's day.

@Hebe wrote:The Daily Mail has a story with pictures of Rande, Cindy and the kids out and about in Malibu on father's day.

I saw that story too Hebe.  The boys must have gotten back by the 21st.

In the last pic George is wearing his African shirt.  He always wears that one when he goes to Sudan, Darfur and he wore it on safari with Amal.