Yesterday at 14:02 by annemarie

Yesterday at 02:31 by annemarie

The Hollywood celebrities that many don’t recognise - George Clooney's voice

The Hollywood celebrities that many don’t recognise - George Clooney's voice

Very Interesting about Soderbergh trying to change the German voice of George Clooney. Now i understand why the movie voice was different for that movie.

The Hollywood celebrities that many don’t recognise


WHEN Arnold Schwarzenegger speaks, people in Spain listen, and trust the voice that tells them “I'll be back”.
But it’s not Schwarzenegger’s thick Austrian accent that they recognise and love, instead they hear him say “Volveré”.
This is because in Spain, Constantino Romero’s rich, masculine voice delivers Schwarzenegger’s classic Terminator line in Spanish. Romero became so integral to Schwarzenegger’s persona and as the voice of many other Hollywood actors, the country went into mourning when he died in 2013.
As well as nailing Clint Eastwood’s tough one liners, Romero has delivered a menacing performance as Darth Vader in Star Wars and reassured audiences with Mufasa’s wisdom in The Lion King.

While many Aussies see dubbing as a bit of a joke, in countries like France, Italy, Spain and Germany, the practice of inserting new voices over a movie’s original soundtrack is so common, it has become an art in itself.
Many Spaniards were in tears at learning of Romero’s death and that a “legend movie voice ... had disappeared forever”.

There are only a small number of voice actors in non-English speaking countries that have developed huge followings for being the “designated voice” of a famous Hollywood actor.
Paul Mariano has travelled around the world meeting the ‘voices’ of George Clooney for his crowd-funded documentary Being George Clooney.
He has met with the ‘voices’ of Clooney from around the world including his Turkish, Japanish, Spanish, Italian and German counterparts. Mariano said he thought there was one thing they all had in common.
“All the George Clooneys had deep voices, they all had smooth voices, they may not sound like George Clooney but they have a similar timbre in their voice, they are not trying to replicate or imitate his voice, it’s more about the quality of their voice,” Mariano told news.com.au.
“As the Italian (Clooney) said ‘I don’t have the voice of a little boy, I have a deep voice ... my voice fits on their face’.” 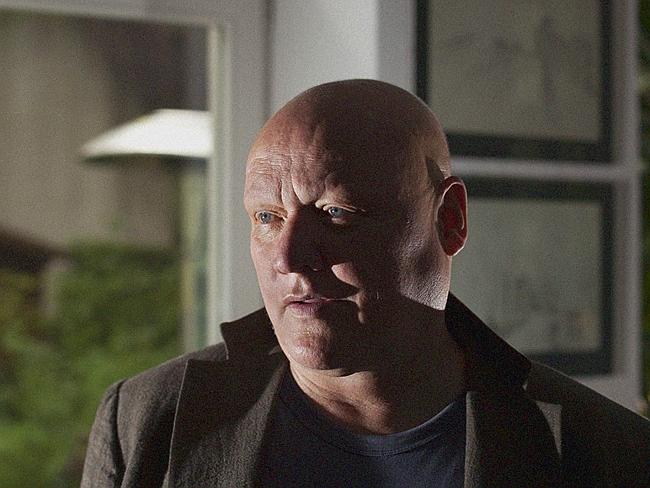 Mariano said that when audiences get used to a certain voice, it can be very disturbing for them if this changes. In Germany there was outrage when the voice of Clooney, Detlef Bierstedt was dumped.

Bierstedt was Clooney’s voice in his earlier films and in ER but Ocean’s Eleven director Steven Soderbergh someone new. He chose Martin Umbach for the role as he thought his voice was closer to the actor’s actual voice.

“There was an outcry on social media, on web forums, debating which was the better voice,” Mariano told news.com.au. “Audiences get accustomed to a voice so when they change the voice they get very angry about it.”

Eventually Bierstedt was reinstated as the German voice of Clooney.

Achieving a good dub also requires a good translation as it usually takes more words to say something in German than in English.
Voice actors have to keep the same amount of syllables, and mimic the rhythm of the screen actor’s open and closed lips. This is one reason why a general translation is used, rather than a word-for-word translation.
Finding a local phrase to convey the meaning of American slang is also a painstaking task as a strict translation may not make sense. One famous example of how it can go wrong appeared in Casablanca, when the famous phrase “Here’s looking at you, kid”, was translated to “Look into my eyes, babe” in German.

Meanwhile for those who have always wanted to know what Bill Murray whispers to Scarlett Johansson in the last scene of Lost in Translation, which is unclear in the English version, you can just grab a copy of the Spanish version, where he whispers that she is the best thing that has ever happened to him, a change that has flabbergasted some moviegoers.

The best compliment you can give a voice artist is that no one notices the dubbing.
Unfortunately in some cases this has also led to them being treated as if they are invisible. Mariano said many were not well paid for their performances despite dubbing being a billion dollar industry.
“They are very much under recognised and unappreciated in the industry, considering the movies sometimes make millions, they get paid a pittance,” Mariano said.
Some have estimated that top performers can make US$15,000 to $20,000 per movie, and Mariano said rates varied from country to country. Those who became the “designated voice” of a famous star like Clooney got more than those voicing secondary actors, still, very few could live off their dubbing work.
Many dubbers were also actors, or did other voice work such as reading audio books, or narrating documentaries and video games.
Mariano said some voice actors complain about the “unfair” wages because good dubbing can make a substantial difference to the financial success of a film.
For example, it was crucial for movies like Battleship or John Carter, which in the US domestic market both failed to generate over $100 million, the figure used by many in the industry as the benchmark of success. But after the two movies were released overseas they went on to make more than $200 million overall, Mariano said.
“That’s because of dubbing ... that’s a lot more money, a lot of these movies when they go abroad may make 60 or 70 per cent of their worldwide box office.”
Despite this valuable contribution, voice artists are often not even listed in the credits, invited to opening nights or if they are, they are ignored.
Luckily the lack of recognition among the industry has not prevented some from becoming celebrities themselves among audiences in their home countries.
“They are recognised in their country and loved, some of them are visually recognised, others are recognised by their voice,” Mariano said.
“For a lot of these actors their voices are very famous but their faces are not.”

In some cases dubbers have endorsed products by imitating the voices of famous Hollywood actors, without having to seek their permission.
When Sex and the City ended, Germany, like many other countries around the world mourned the loss of the television show’s familiar characters. But shortly after the show ended, the reassuring voice of Carrie made a reappearance on German radio, and the voice artist continued to make a career out of giving listeners advice on love and lovemaking. Others use their famous voices to sell products on radio commercials.
And the work of voice artists is not always ignored by their famous counterparts. When Robin Williams won an Oscar in 1998 for his performance in Good Will Hunting, he reportedly sent a note to his German voice, Peer Augustinski: “Thank you for making me famous in Germany,” it said.
Many film lovers turn their noses up at dubbing and especially among young people in countries with good English literacy, they increasingly want to watch the original version of a film. But Mariano said he did not think the practice would stop. In fact it is gaining popularity in huge markets like China, Russia and Brazil.
Mariano said countries with a lower English literary rate still enjoyed dubbed movies, while others were just accustomed to watching movies in their own language.
“I don’t think dubbing is dying, I still think it is very popular and people still enjoy seeing Hollywood actors speaking their own language whether it’s German, Spanish or Turkish ... they just love their own language.”

Nicky when you watch George movies are you watching the dubbed versions or the English versions with G's voice?  Or both?

I normally watch both. When it is in the Cinema I watch the english Version and when it comes out of DVD I watch the German Version again to make sure I got the full Story.

If the movie is only on DVD then I watch first the German Version to understand everything and then the english Version to hear his voice. Sometimes the Translation can be different too when it comes to jokes.

If I watch the German Version I can enjoy the movie like all of you. but if i watch first the english version I can't relax I have to concentrate to understand everything and sometimes read the english subtitles as some expressions i don't understand. But the whole movie I get hehehe

When I lived in the UK for a while my english hearing was better for movies. but since I live in Germany again for so long it is harder and the Hearing changes again. If I make sense.

But in General if I watch it in english i get. And I always like to watch it in English to Train my ears hehe

Luckily George speaks really clear english. But sometimes he plays in  a movie with actors who have a different Accent or speak different and those are harder for me to understand. and then I understand George part what he is saying but not the others. that sucks

George does have such a lovely voice. I think it would be jarring for me to hear a movie with him in it and the voice be different.