Looks like there was an event in NYC tonight to launch this. Pix of His Nibs at Getty Images and this: 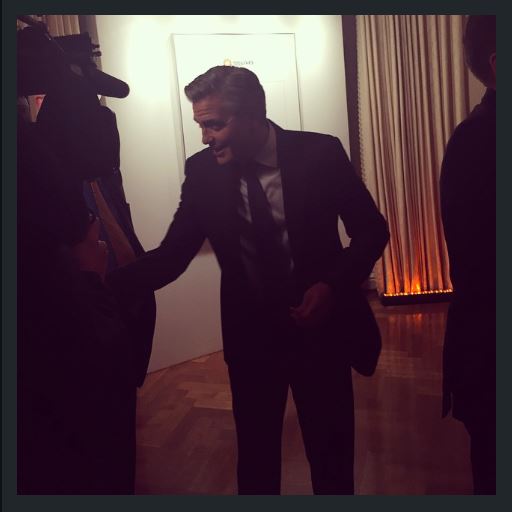 Photos from tonight on Zimbio 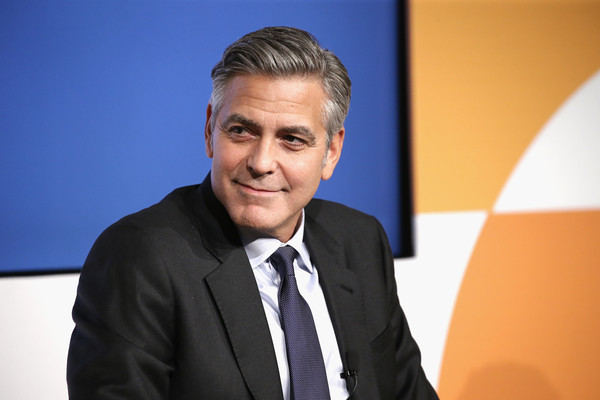 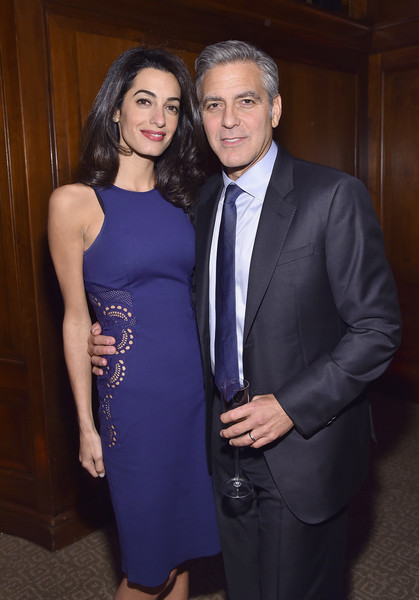 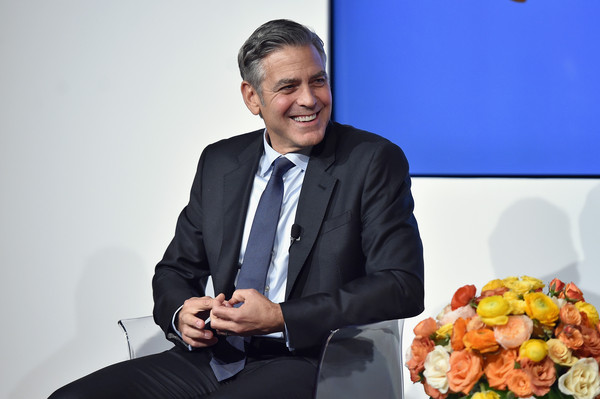 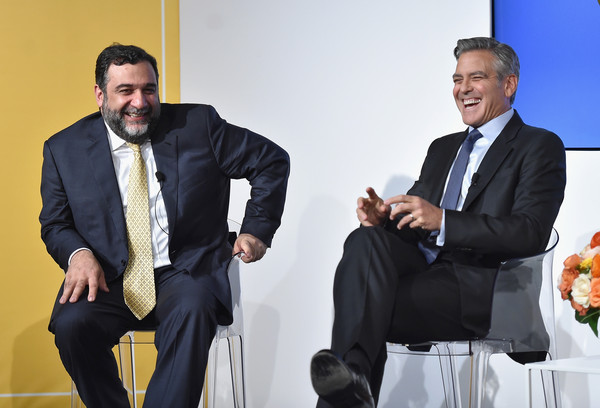 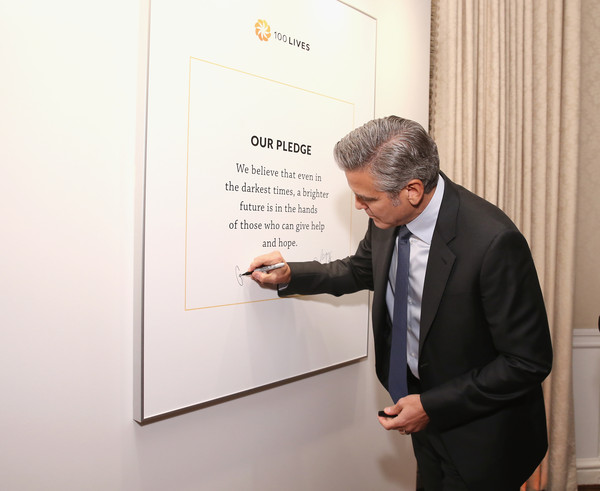 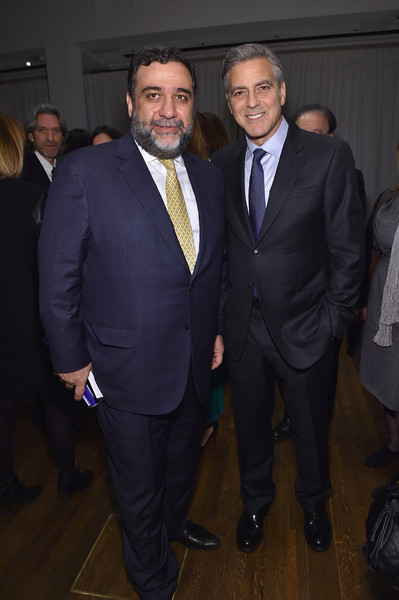 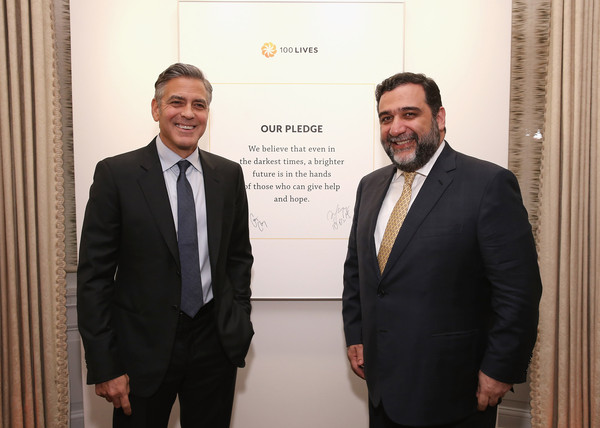 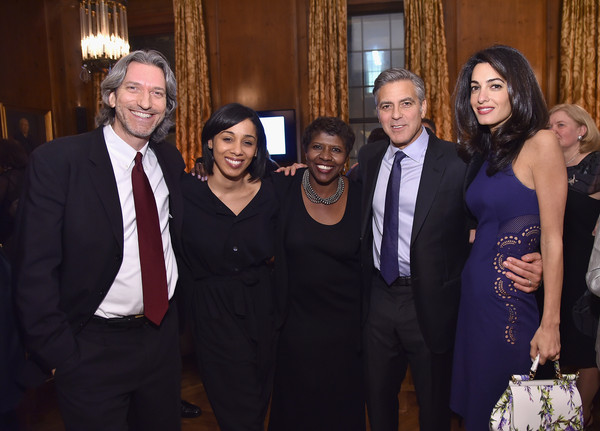 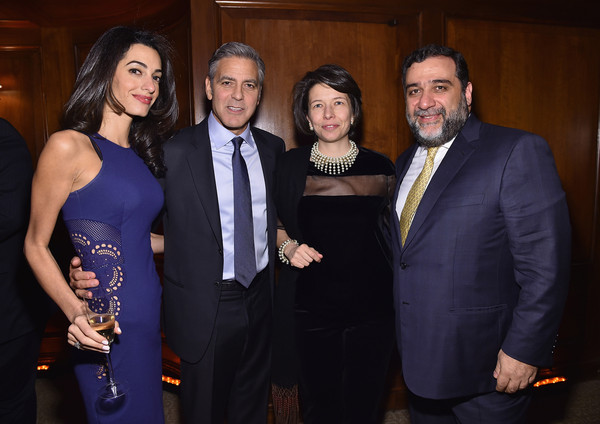 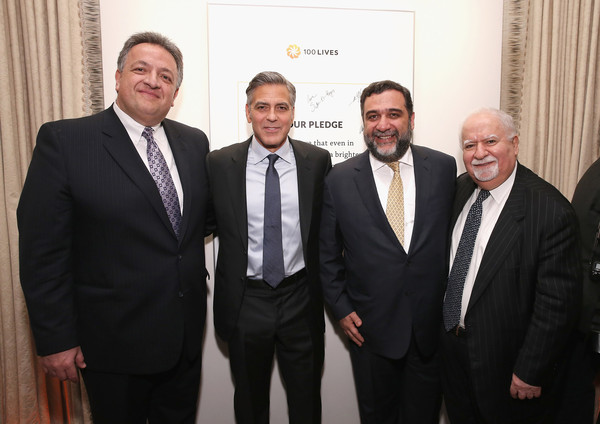 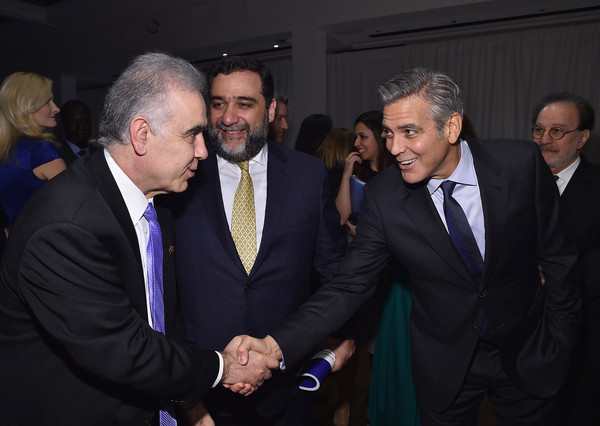 Thanks for the photos PAN.
George is certainly a busy man. I think it's great that he gives his support and his time to these issues. It must give great encouragement to those involved.

Yes PAN I saw John in one of the pics with George, Amal and a couple of others.  As Hebe said George is really giving so much of himself to a variety of humanitarian causes.  I'm really proud of his involvement.  He really has evolved over the years as a generous, thoughtful and giving person.  Thanks for the pics!

Here's a great video of George and Vardanyan discussing "100 Lives" today in a Q & A at this event moderated by Gwen Ifill, it's about 40 minutes long but well worth the watch:

great speech
one of his best i think

Oh wow, what a great selection of pictures to greet us today! Looks like George is keeping really busy in NYC!

Note: They've both colour coordinated with the symbol of the Armenian Genocide commemoration campaign too - the forget-me-not.

And no wonder they were happy to walk a couple of blocks to dinner the night before - all grist to the mill, even Getty had some pix!

Is two in a row considered a trend?
George Clooney was out last week at a benefit in New York. And he stepped out for the second week in a row last night, this time with Amal, in support of The 100 LIVES initiative, to honour those who saved Armenian lives during the genocide 100 years ago. You’ll recall, Amal is part of the legal team representing Armenia in their appeal in the Dogu Perincek case at the European Court of Human Rights. Click here for a refresher.
The Clooneys were there with George’s good friend John Prendergast, the human rights activist who, at one time, was also known as one of the most eligible bachelors in the world. Prendergast married Sia Sanneh in 2011. Sanneh is a law professor at Yale and an attorney with the Equal Justice Initiative.
These men! It’s like they’re living the same lives! 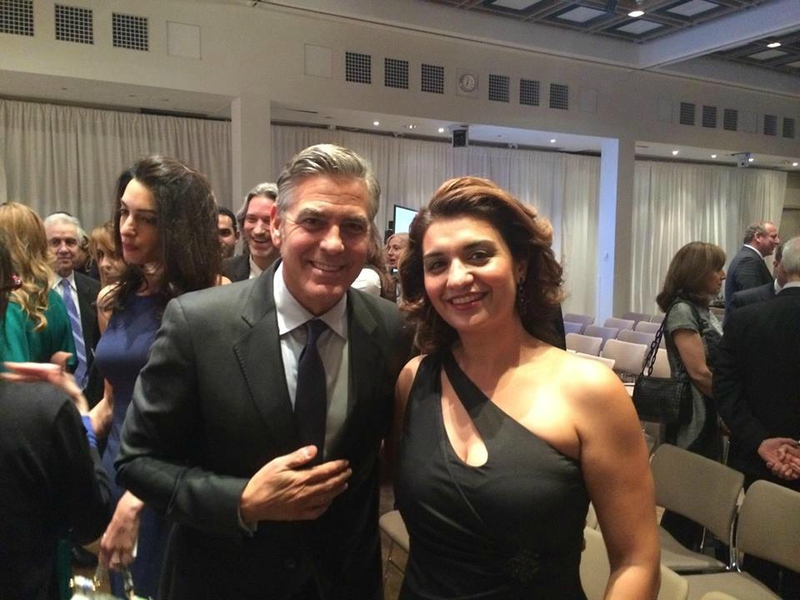 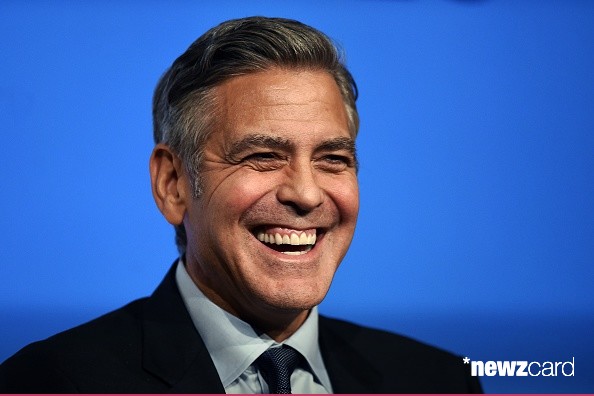 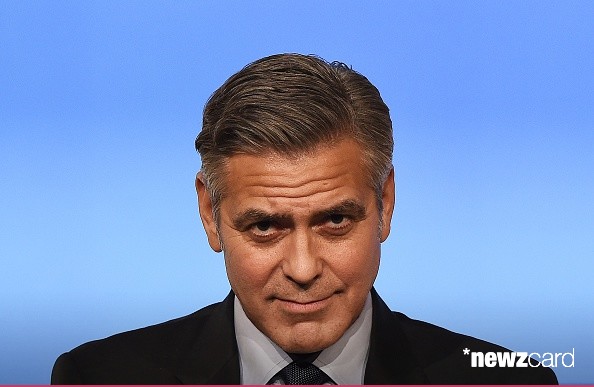 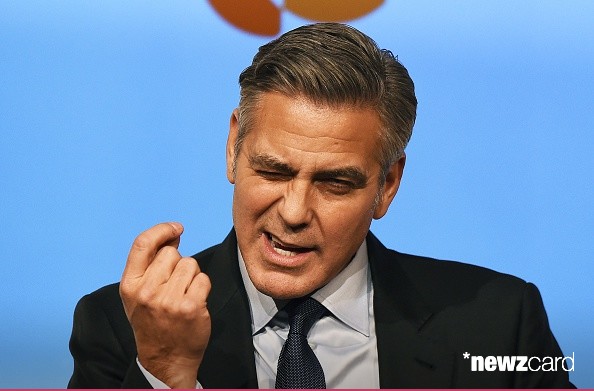 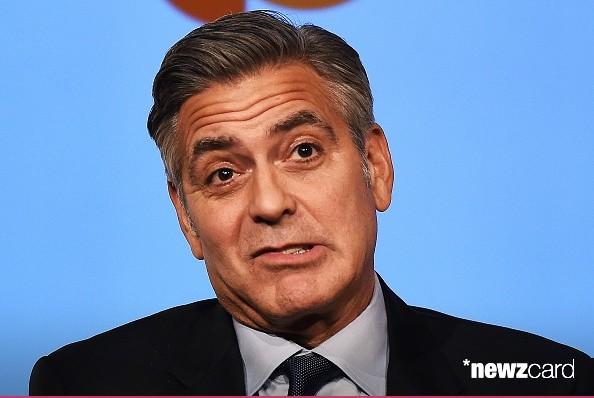 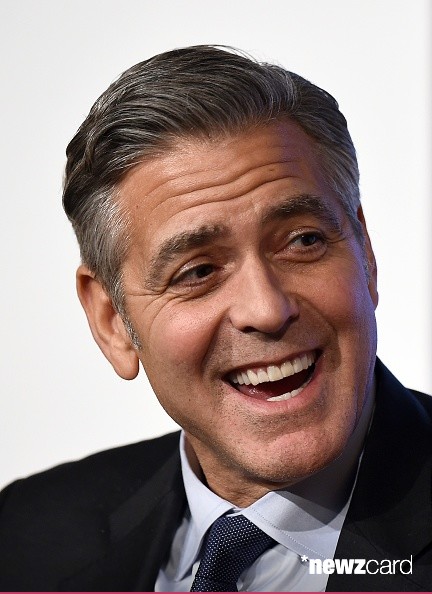 I give george credit for all his projects and humanitarian to talk about the gencide 100 years ago. His speech was brilliant and he is very intelligent in this subject. He is very knowledge about this and I see another side of geroge from his drinking to this. great man and quite well informed. I salute to you george, and I learn from this. George needs to make a movie out here about this and I would love to be a part of this film. we need work out here and this would be quite an interesting film and meanifull one. bg

It says arriving, but I think they're probably leaving........

Just had a chance to view the "100 Lives" video.  Really informative.  Interesting listening to  George explaining how he got involved with the Armenian issue and how Amal's involvement in her current case was completely coincidental.  Thanks kat for posting.

CNN interview with George about genocide

I like the CNN interview. I can't wait when he goes for his movie promotion again and we see lot's of interviews again

Interview with George by the Armenian Press - more info

He's friendly with Bob Manoukien, Armenian, brought up in Lebanon, resident in the Uk, on committees for UNICEF US 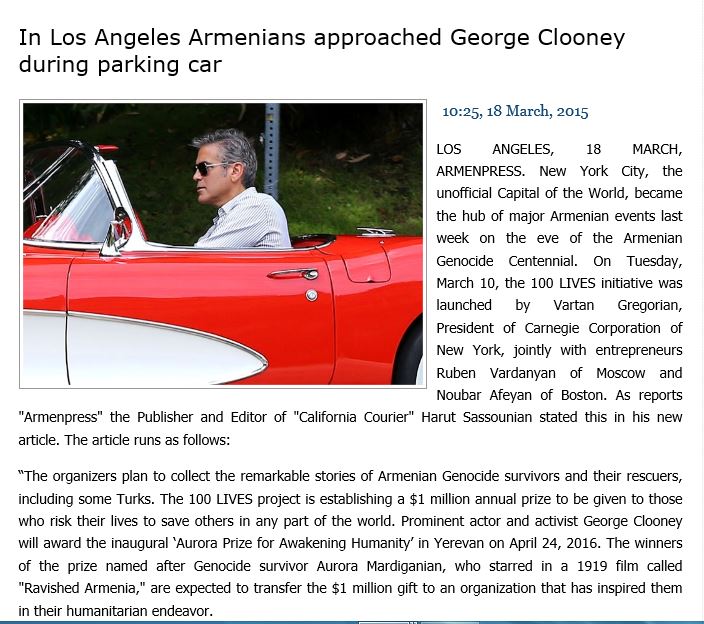 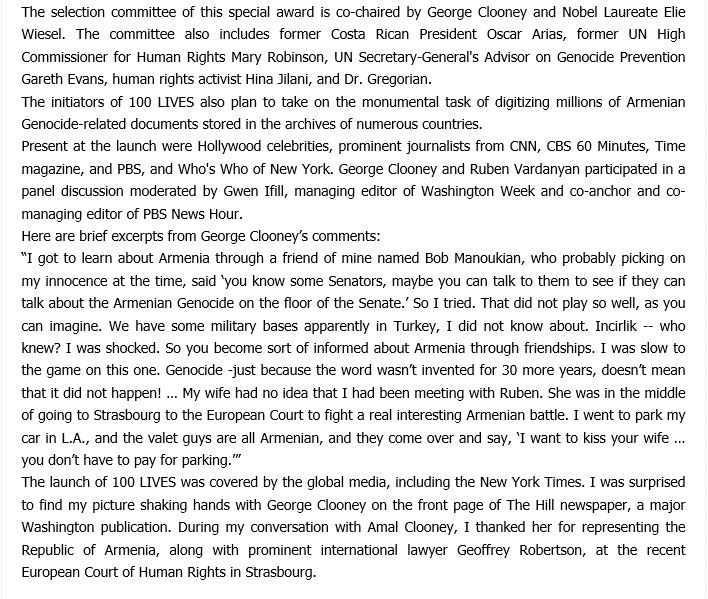