Thank you sevens for the find

Worked up an appetite? George and Amal Clooney head to dinner after their first Golden Globes appearance as a married couple

No doubt they worked up quite an appetite after their first appearance as a married couple at the Golden Globes on Sunday.
So George and Amal Clooney headed straight to his favourite restaurant once the formalities were over with.

The glamourous couple were seen taking off in a large black Chevy SUV on their way to celebrity hotspot Craig's in West Hollywood. 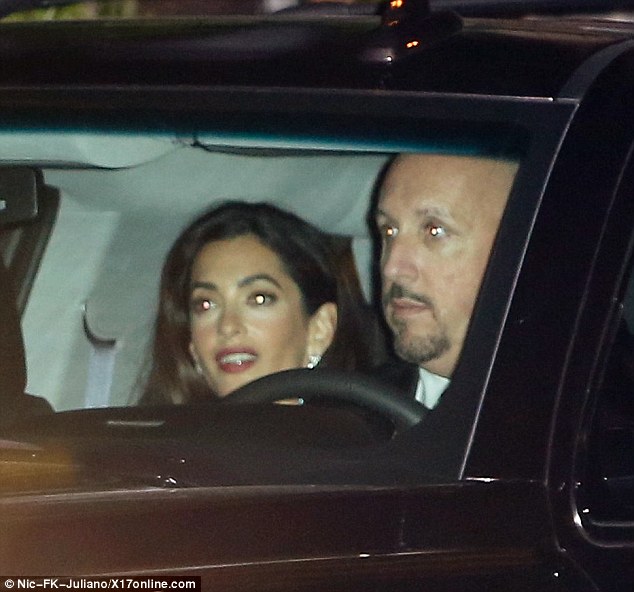 Time to eat: George and Amal Clooney headed straight to Craig's in West Hollywood once the Golden Globes ceremony was over with
Amal, 36, had much to celebrate as she really was the belle of the ball during the prestigious awards ceremony, where she dazzled in a black Dior custom gown with long elegant shoulder train and white gloves.
And Jennifer Aniston had some praise for the human rights lawyer - who married George, 53, in September - saying that Amal handled her first Hollywood event very well.

When asked what she thought about Amal, the Cake actress joked: 'Hey, I think if you can save countries, you can walk red carpets. 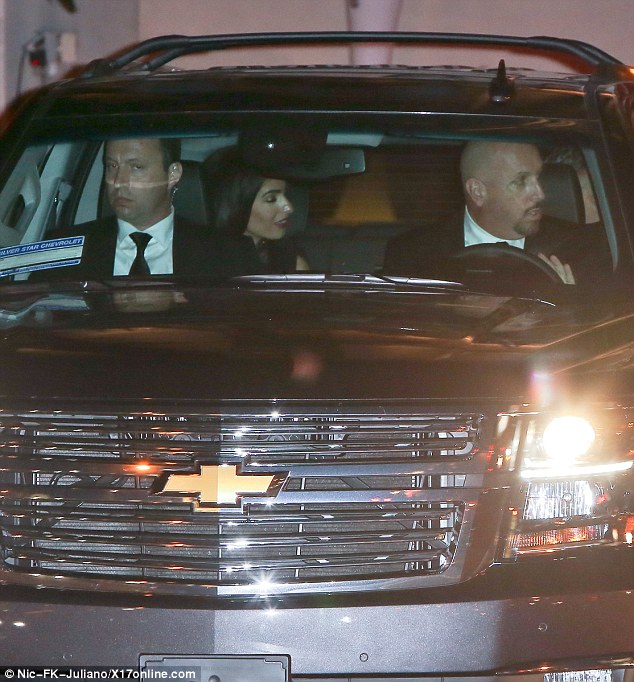 Arriving in style: Amal, 36, was seen chatting to her movie star husband in the back of a Chevy SUV 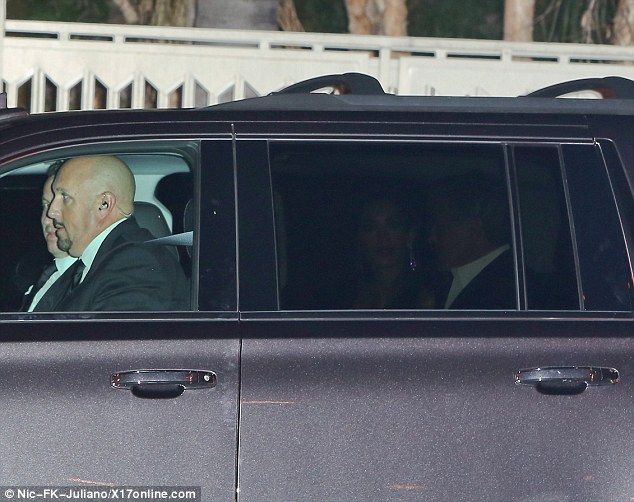 Aaaand relax: The couple were seen leaving the Beverly Hilton Hotel after a successful night at the Golden
'I think that's probably a skip in the park for her.'
The 45-year-old star - who attended the ceremony alongside her fiancé, Justin Theroux - also revealed she was 'humbled' by the support she had received from her loyal fans.
Praising those who she was nominated alongside for Best Actress in a Motion Picture Drama, she said: 'There's some extraordinary women that are out there right now and I'm just honestly thankful to be standing right here. I never even thought that would happen.' 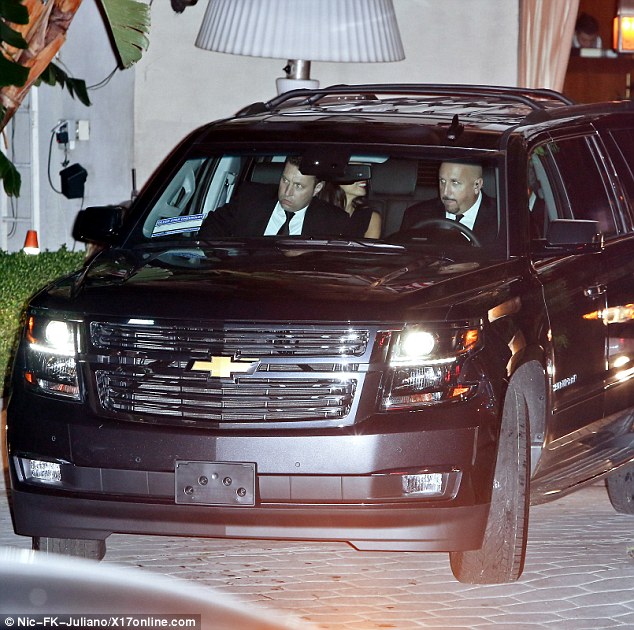 We did it!: The human rights lawyer was seen smiling at her husband as they headed out to a romantic dinner 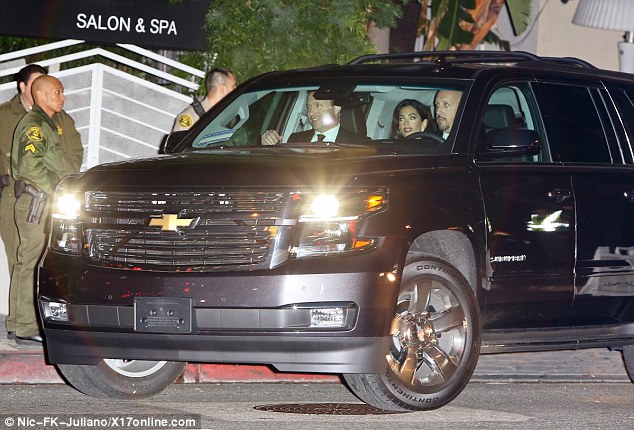 Safety first: The couple were chauffeured past several security personnel 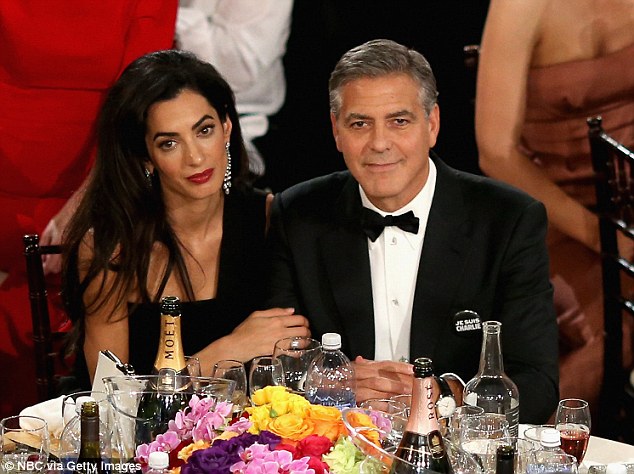 Meanwhile, George received the Cecil B. DeMille Award at the star-studded event, which rewards outstanding contributions to the world of entertainment.
And when he took to the stage, the Ocean's Eleven star turned the spotlight back on his beautiful new wife.
'It's a humbling thing when you find someone to love. Even better if you've been waiting your life.'
He gushed of his wife: 'Amal, whatever alchemy it is that brought us together, I couldn't be more proud to be your husband.'