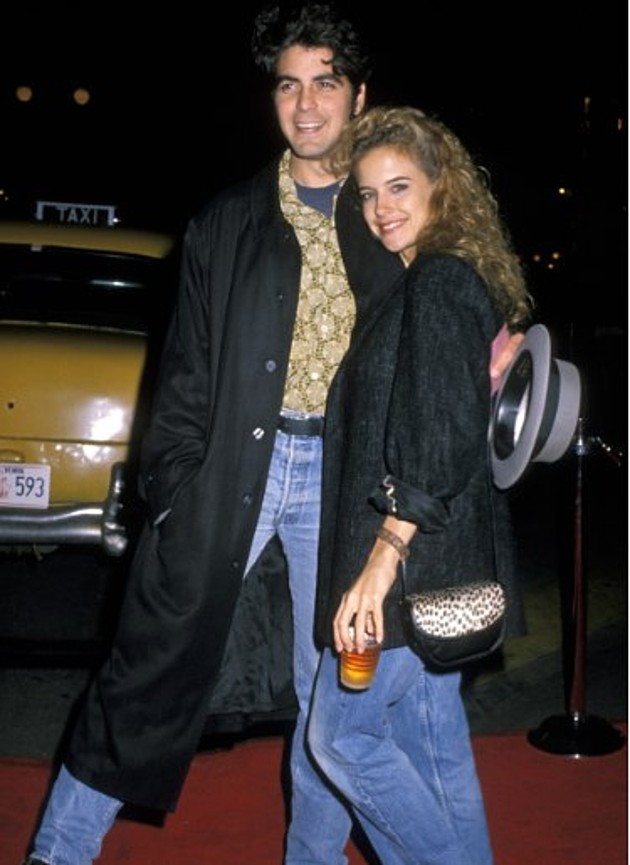 On Wednesday, legendary director Mike Nichols passed away at the age of 83. As news like this tends to do, it led us down an Internet rabbit hole of film clips, photos and interviews with the man who made some of the most important films of all time. And, often, you wind up in places and can’t even remember quite how the trailer for ‘Silkwood’ and, later, ‘The Birdcage’ led to photos from the premiere of ‘Working Girl.’ But, yet, here we are.

‘Working Girl’ would go on to be a huge commercial success in 1988 and would earn an Academy Award nomination for Best Picture; Sigourney Weaver, Melanie Griffith, and Joan Cusack would all be nominated for acting; and Nichols was nominated for Best Director a fourth and final time.

The Los Angeles premiere was such an eclectic snapshot of 1988 that we decided to just share some of the photos. From Nichols and wife Diane Sawyer (they had married earlier that year and were together for over 26 years), to a young George Clooney holding a fun hat, to a really young Heather Graham, to a meeting between Tom Hanks and Bud Bundy (aka David Faustino) that you probably never knew took place.

More pics from other stars at that premier check the link

They look so cute and happy!

Gosh all those young faces!