Love Ellen. This is great.

I LOVE Ellen and that one was the BESTEST !!!!

I laughed so hard!!!

LORNE, THANKS. That was so funny. Ellen is great. I'll never forget the time when she was trying to get George to come on her show and used all kinds of pranks to lure him ... And finally it worked. And that was such a fun interview with him and the Reds former baseball players.

Brace yourselves Amal and George.  The first of many.  So funny.

in amongst the ghoulish creatures Amal and George's wedding ????

Why not Brad and Angelina or KimK and Kanya?????


At some stage - you stop laughting.

Ahahaha, I have an emergency blanket at home plus a Native American wig.

My grumpy neighbor is George, perfect!

Thanks for inspiration and Happy Halloween!!!

Sorry did not have time to copy, here they are.  They seem to be flooding in, late night TV should be interesting. 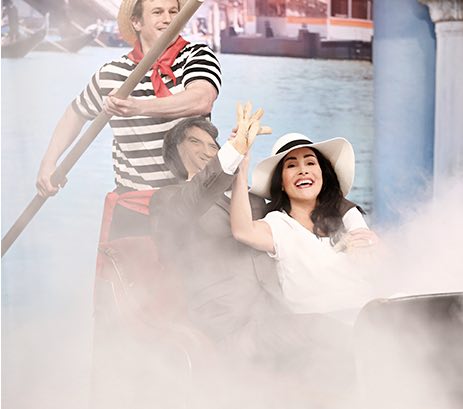 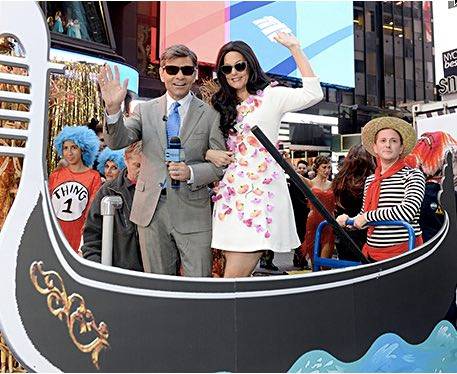 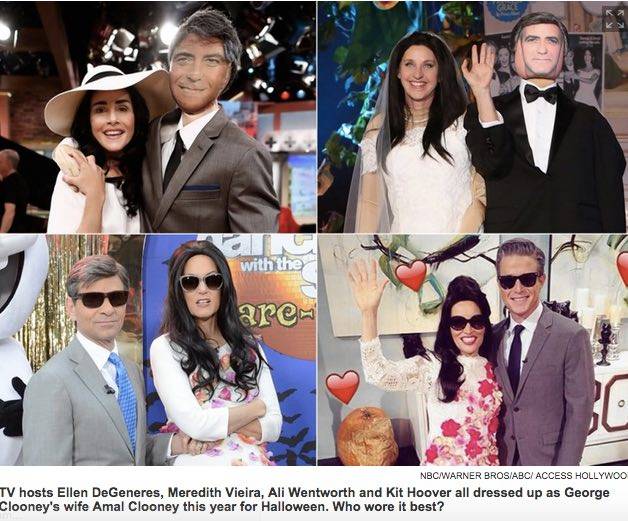 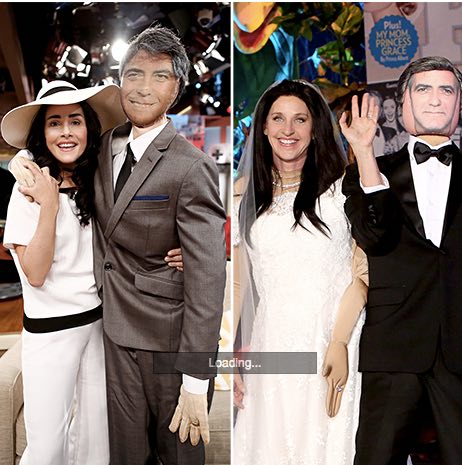 Who wore it best? article.

HAPPY HALLOWEEN all you stateside posters! Hope you get to indulge in the candy of your choice tonight.

I'm waiting for the 'observations' that Stan arranged for these TV personalities to dress asa the couples, and George paid them all off.

The Clooneys are holed up in one of their homes, having a good laugh at it all. George, we know, and Amal, we've heard, have a sense of humor. Not like some people...

Way2Old - Check the other threads - it's already there.

OK, guys, this is not a compliment when people dress up like you for Halloween. As posted above, there were at least 2 other news/entertainment outlets that did the same thing. I realize that Ellen and George are friends, but what about the other couples that did this? The Halloween costumes that people make about real people are usually when these famous (infamous?) people make complete asses of themselves. Do you know how many Monica Lewinsky costumes there were one year? Remember when JLo wore that outrageous dress when she was with Affleck, and how Matt Lauer wore the same get-up? Wasn't a compliment.

How many costumes do you see about a Nobel Prize winner, or someone who did something heroic? (besides Batman, of course.) I've never seen a Prince William/Kate combination, or even a Jolie/Pitt costume. The Clooneys are so over the top at this point that they've become caricatures. Thus, the Halloween costume.

It's not funny, it's cringeworthy. I'd be hiding out, too.

William & Kate, and Brad & Angie have of course been done as costumes. The difference is that they are not as high on the news meter as George & Amal.

Everything isn't sinister, or a harbinger of cataclysmic professional downfall. Some things are, believe it or not, just done in fun.

Some people just want to dress up like them because they're a great looking couple and have been in the news lately. It's not a social comment or a put down. It's just a chance to look like them for one night. Relax!

No, Atalante, not a social comment. Just a chance to dress up like someone famous, and pretend for one night. No political agenda involved - just fun!

I think it was cute and fun no harm intended and they are a very handsome couple Goerge and Amal.

I'm bummed I didn't think of this myself!  I think it's cute and I go by the old saying "imitation is the highest form of flattery"... It seems it was done in fun, not to be mean.  I think if it was done to be mean or to really mock, then there would have been a different element added like an outrageous sized ring, or Amal loooking grouchy - George looking different.  These are happy photos IMO.  Look at all the Obama costumes.  It's not out of disrespect, it's to be funny.

Laughter makes the world go around and is good for your body and soul too !
I worry for people with no sense of humour.

I think if A&G ever hear about all this "Halloween copying" they'll see the funny side of it to.
No worries.

PS....I'd imagine that the designer of the "flower dress" will
be delighted !

i thought it was pretty funny not mean.  I love Ellen!

Joanna wrote:Laughter makes the world go around and is good for your body and soul too !
I worry for people with no sense of humour.

I think if A&G ever hear about all this "Halloween copying" they'll see the funny side of it to.
No worries.

PS....I'd imagine that the designer of the "flower dress" will
be delighted !

I know!  I love to laugh!  I think George does too... he is afterall the ultimate prankster!