Her daughter confirmed this today.

So very sad to hear.  She was in many ways very acerbic and sometimes very rude, but I always found her very funny.

Joan Rivers, a Comedian for Whom Nothing Was Too Soon or Too Sacred, Dies at 81 http://t.co/Rk6OTi1Gwd

so sad to hear this, was not the way she should have died, she has had an amazing career. Best wishes to her family

Unfortunately, the tip off that she was not going to recover was when she was moved out of intensive care while still on life support.  Sorry she has left us, but there is a bit of relief that it is over and done, not only for Joan, but her family as well.  Making the decision to take her mother off life support was a deep pain that cannot be put into words.  Had to do it for my Mom years ago.

A sad and brave decision for any one PP.

My condolences, I enjoyed her show.

I never in all my days thought I would say or feel that about someone of 81 years.....but she was too young to go......By her death, more than at any other time Joan made the world realise what she already knew....AGE SHOULD BE NO BARRIER AT ALL.

I will miss Joan, like crazy.  If I had the time and the money I would be proud to stand on the sidewalk at her funeral today.

Joan crossed effortlessly from the entertainment industry to fashion industry.....not because she called it, but because she called it right.....100% on the button every time.
I didn't always agree with her views, but we were shoulder to shoulder on fashion police, on that I never disagreed.
Sometimes I wondered if this sense of taste.... this feeling for fabric, is what pervaded her comic routine.....did she like a pro, know she was skating on thin ice......but her fashion sense knew by instinct how thin that ice/fabric was, how far she could go before it would crack and break?..... I sit here with tickets that read....

"Quick...Before They Close The Lid(Seriously...this one could be IT!): Joan Rivers"


I had booked to see Joan at the Albert Hall in October.  I have wondered over the past days, did she yet again realise the ice was getting thin....and was her last joke the one we were least expecting? 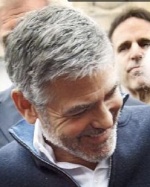 WWHS - lovely sentiments.  Thanks for sharing.


Below is the Comedy Central Roast of Joan Rivers.

Oh wwhs.....you have made me cry with your last sentences in your real tribute to Joan Rivers.

I can understand where you are coming from, of course,
and I know you'll frame that ticket and keep it forever.

I hope you caught the show repeat on ITV of
An Audience with Joan Rivers on Saturday night ?

She was 71 and outrageously funny answering questions from a then celebrity audience.

She finished by talking about her 15 year old daughter being told on the phone " Tell your mother that your father has committed suicide in ...... "
I can't remember the name of the town where he was!

Well, without a doubt, that was the most disgusting thing I ever heard.  Hands down.

Wonderful! Better than anything I read or heard this week.