PARIS — IF all goes according to plan, I’ll turn 44 soon after this column appears. So far in my adult life, I’ve never managed to grasp a decade’s main point until long after it was over. It turns out that I wasn’t supposed to spend my 20s frantically looking for a husband; I should have been building my career and enjoying my last gasp of freedom. I then spent my 30s ruminating on grievances accumulated in my 20s.

This time around, I’d like to save time by figuring out the decade while I’m still in it. Entering middle age in Paris — the world’s epicenter of existentialism — isn’t terribly helpful. With their signature blend of subtlety and pessimism, the French carve up midlife into the “crisis of the 40s,” the “crisis of the 50s” and the “noonday demon” (described by one French writer as “when a man in his 50s falls in love with the babysitter”).

The modern 40s are so busy it’s hard to assess them. Researchers describe the new “rush hour of life,” when career and child-rearing peaks collide. Today’s 40ish professionals are the DITT generation: double income, toddler twins.

The existing literature treats the 40s as transitional. Victor Hugo supposedly called 40 “the old age of youth.” In Paris, it’s when waiters start calling you “Madame” without an ironic wink. The conventional wisdom is that you’re still reasonably young, but that everything is declining: health, fertility, the certainty that you will one day read “Hamlet” and know how to cook leeks. Among my peers there’s a now-or-never mood: We still have time for a second act, but we’d better get moving on it. 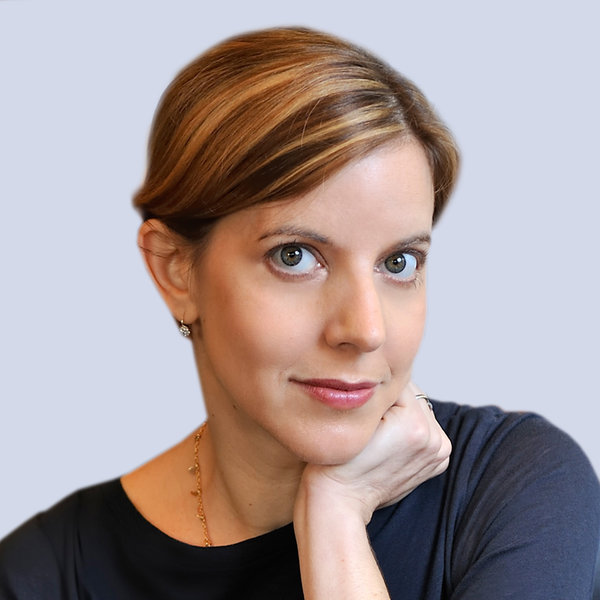 I think the biggest transition of the 40s is realizing that we’ve actually, improbably, managed to learn and grow a bit. In another 10 years, our 40-something revelations will no doubt seem naïve (“Ants can see molecules!” a man told me in college).

But for now, to cement our small gains, here are some things we know today that we didn’t know a decade ago:

• If you worry less about what people think of you, you can pick up an astonishing amount of information about them. You no longer leave conversations wondering what just happened. Other people’s minds and motives are finally revealed.

• People are constantly trying to shape how you view them. In certain extreme cases, they seem to be transmitting a personal motto, such as “I have a relaxed parenting style!”; “I earn in the low six figures!”; “I’m authentic and don’t try to project an image!”

• There are no grown-ups. We suspect this when we are younger, but can confirm it only once we are the ones writing books and attending parent-teacher conferences. Everyone is winging it, some just do it more confidently.

• There are no soul mates. Not in the traditional sense, at least. In my 20s someone told me that each person has not one but 30 soul mates walking the earth. (“Yes,” said a colleague, when I informed him of this, “and I’m trying to sleep with all of them.”) In fact, “soul mate” isn’t a pre-existing condition. It’s an earned title. They’re made over time.

• You will miss out on some near soul mates. This goes for friendships, too. There will be unforgettable people with whom you have shared an excellent evening or a few days. Now they live in Hong Kong, and you will never see them again. That’s just how life is.

• Emotional scenes are tiring and pointless. At a wedding many years ago, an older British gentleman who found me sulking in a corner helpfully explained that I was having a G.E.S. — a Ghastly Emotional Scene. In your 40s, these no longer seem necessary. For starters, you’re not invited to weddings anymore. And you and your partner know your ritual arguments so well, you can have them in a tenth of the time.

• Forgive your exes, even the awful ones. They were just winging it, too.

• When you meet someone extremely charming, be cautious instead of dazzled. By your 40s, you’ve gotten better at spotting narcissists before they ruin your life. You know that “nice” isn’t a sufficient quality for friendship, but it’s a necessary one.

• People’s youthful quirks can harden into adult pathologies. What’s adorable at 20 can be worrisome at 30 and dangerous at 40. Also, at 40, you see the outlines of what your peers will look like when they’re 70.

• More about you is universal than not universal. My unscientific assessment is that we are 95 percent cohort, 5 percent unique. Knowing this is a bit of a disappointment, and a bit of a relief.

• But you find your tribe. Jerry Seinfeld said in an interview last year that his favorite part of the Emmy Awards was when the comedy writers went onstage to collect their prize. “You see these gnome-like cretins, just kind of all misshapen. And I go, ‘This is me. This is who I am. That’s my group.’ ” By your 40s, you don’t want to be with the cool people; you want to be with your people.

• Just say “no.” Never suggest lunch with people you don’t want to have lunch with. They will be much less disappointed than you think.

• You don’t have to decide whether God exists. Maybe he does and maybe he doesn’t. But when you’re already worrying that the National Security Agency is reading your emails (and as a foreigner in France, that you’re constantly breaking unspoken cultural rules), it’s better not to know whether yet another entity is watching you.

• Do not buy those too-small jeans, on the expectation that you will soon lose weight.

• If you are invited to lunch with someone who works in the fashion industry, do not wear your most “fashionable” outfit. Wear black.

Pamela Druckerman is the author of “Bringing Up Bébé: One American Mother Discovers the Wisdom of French Parenting,” and a contributing opinion writer

Trouble is, my 40's were so long ago I can't recall
how I was then.
My life changed dramatically at 50 when I got together with my husband number 2.
Silver wedding coming up this year...Wow !

Trouble is, my 40's were so long ago I can't recall
how I was then.
My life changed dramatically at 50 when I got together with my husband number 2.
Silver wedding coming up this year...Wow !

But I find many his fans in China are younger than me! Some still in high school or middle school.
My mom is in her 40's, I find her more sensitive these years, getting annoyed easily sometimes. So being an only child, I assume when I turn 40, there's a lot of pressure await. Ageing parents, kids' education(hope I can get two),your work conflicts with family etc. Maybe I won't have the mood or time to watch many films anymore. My parents almost never go to theaters, and they never like American films or anything relating USA,which is typical generation gap, I guess.

• You don’t have to decide whether God exists. Maybe he does and maybe he doesn’t. But when you’re already worrying that the National Security Agency is reading your emails (and as a foreigner in France, that you’re constantly breaking unspoken cultural rules), it’s better not to know whether yet another entity is watching you.

I liked the one that said: "Do not buy those too-small jeans, on the expectation that you will soon lose weight"

And I laughed because I have a bag of jeans in my closet some of which STILL have the tags on that I bought thinking I'd be able to get BACK into that size!

Luckily I don't do that very often but I think I went through a spell there where I was determined that I was going to get back into my college sized jeans. My body however, has continued to have other plans. brahahaha!

"Eight hours of continuous, unmedicated sleep is one of life’s great pleasures. Actually, scratch “unmedicated.”" I need to sleep. 8 hours at least. And great pleasure too