I had some thoughts on George Clooney on Chelsea Lately last night. http://t.co/lVcsTuNDCX

can't see
what is it?

thanks but no way
not in my Country :/

Oh that was a bit nasty. Poor George. He surly needs to fix his imagie about dating LOL

Would someone be kind enough to transcribe what was said? I can't play the video in my country.

Welcome to the forum jd68, hope you enjoy your time here.

me too need a transcript
anyone? thanks

Chelsea:  "Apparently George Clooney is dating somebody new and here to explain it in her own words because she's very passionate about this is Jen Kirkman,  Jen."

They switch to a long-haired brunette gal, in a sweater, standing nest to a split screen picture of George and Monika - it's obviously it's not a picture of the two of them together.

"According to US Weekly, George Clooney is dating Monika Jaskisic, the 33 year old Croatian supermodel known as the 'Croatian Sensation.'"

"Alright, I need to speak out about something that I've been thinking about for a while.  Sorry Chelsea, I think George Clooney is starting to look old."  (They throw up a very grey haired version picture of George).

"And I think that I'm starting to look young." (New picture of a heavily made up woman that I don't recognize - maybe it's Monika?)

"I am sick of women in their 30's killing themselves so that they can be attractive to 55 year old guys.  Hollywood is full of creepy old men hitting on young girls, no offense Chris."
(As she looks toward what must be a guest on the show and they throw up a picture of a guy sitting and looking at the camera like he's trying to look sexy but isn't pulling it off)

"But here's the truth about older men ladies, they have prostrate issues!"  (Now they throw up a picture of a medical textbook type diagram of a prostrate exam - yes, with the finger inserted in the rectum - remember this is Chelsea lately, not known for any type of tact.)

"They can only get it up once a night, they fall asleep right after and us 30 something women are lying next to them with our semi okay bodies, with nothing to do." (Now they throw up a graphic that just says, Blah, Blah, Blah)

"And I know I'm not looking great here in my long sweater, but it's cold upstairs in my office.  Where I work because I have to make my OWN money because no movie star is going to save me!"

hope now in a deny

Chelsea Handler is a comedian. The bad thing here is that the bit's not funny.

The bad thing is it is kind of true.  Sorry I thought it was funny.  If George wasn't the impetus for the skit, I think some of us would be commiserating with it. Older successful men seem to get these young girls all too often.  The good news for George is James Woods with his granddaughter girlfriend makes George look a lot better.

Also why does George lately seem to be associated with girls with dumb nicknames?  The Italian Queen, Super Stacy and now the Croation Sensation.  Maybe if he stayed away from women with crazy nicknames it would help.

media invented them
no way, I guess

For those interested - here's a picture of James Woods and his girlfriend and some other choice info about her at the link below the picture! 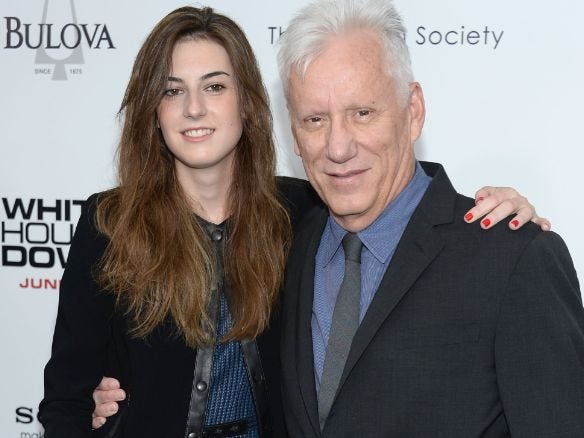 Thank you for transcribing this! I found it a bit funny...and a bit true.

C'mon, this isn't the first time we've moaned about old Hollywood stars and girlfriends more than young enough to be their girlfriends. The same goes for George.

well
G seems way more believable in his last.... couples
that this couple

No one's saying he's in a relationship with Monika. Just that they hooked up.

Yep a wham bam thank you Maam - now go back to your British fans!!

"And I think that I'm starting to look young." [/b](New picture of a heavily made up woman that I don't recognize - maybe it's Monika?)"[/b]

The girl in the picture is Jen K (the woman talking) looking sexy!

I thought it was pretty funny and she hit right on the mark on what many women think of older men dating younger women. It doesn't just go on in Hollywood, it is just more visible.

I generally don't like Chelsea Handlers show. But that bit is kinda funny and very true. James Woods and his practically pre-pubescent girl friend are just disgusting. I'm sorry, it really is to me. Particularly because Woods is big arrogant windbag. 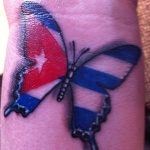