Stacy back in LA. Thought she was doing Europe for the summer. What was the trip - less than a fortnight?

Maybe she is needed on hand to keep doing press to drum up interest and support for the show? Or maybe when she had to pay for it herself instead of someone else picking up the tab, it cut down the high end swanning around......

hell she got more of a vacation than I've had! Take whatever you can get!!

Yeah, two weeks in Europe is a pretty good holiday.

Believe me I would love two weeks in Europe, heck I would like to go anywhere ....I meant comparatively speaking....I thought she spent more time there even before she dated GC.

A fortnight in Europe would be great for anyone. But it is not the "I'm spending the summer in Europe" as she stated to the press beforehand.

Outfit as to the tweet in the original post. She attended the screening of "Roman Holiday" - feel free to insert jokes here. Interesting her PR people thought this would be a good event for her - Roman holiday in light of her previous relatiponship and her Como holidays. I guess when and if the press make the connection and refer to her previous Como holidays, George's name will be dragged out to help sell the tv show without her having to give another interview talking directly about him.

Most would opt for white when showing off their sun-kissed glow, however, Stacy wore a vintage Yuki mustard jersey one shoulder dress circa 1970 from Decades.

It was the shimmering gold accessories – vintage YSL bracelet, clutch and Charlotte Olympia shoes – which not only amplified her summer glow, but also gave the rest of her look a sense of glamour and luxury.

I just love that dark pink lip too.

Actually I like the dress on her and her make-up and hair.

she looks good but Im not loving the dress 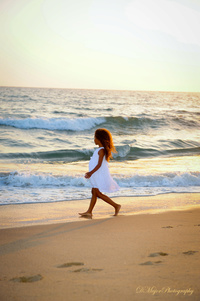 The color is gorgeous on her and I love that she choose a vintage dress  from Decades .

She does look good I think the dress reflects the theme maybe. 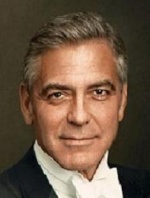 Else, a slim belt (low, possibly metallic, flexible) the same colour as her shoes would've made a different statement altogether, also accentuating her femininity... Her wrist-band also needn't be...  But then... that is Stacy's statement :)and she sure does look "radiant" and happy 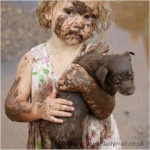 I think she looks too thin. I do love the dress and everything though!

She has a huge 'smile' on her face, yet there is not one crease in the entire upper half of her face. She looks pretty, but a bit artificial, IMO.

Too young, healthy, and attractive to do Botox. Just sayin'.

[You must be registered and logged in to see this link.] wrote:Rome is over 600 km away Lake Como.

Yes but in the world of celebrity, George's name gets used when something is discussed that is Italian. Even more so when it relates to one of his ex gf's.

by Way2Old4Dis Yesterday at 16:30 wrote:She has a huge 'smile' on her face, yet there is not one crease in the entire upper half of her face. She looks pretty, but a bit artificial, IMO.

Enlarge the photo. See more creases that way. But the light hides many.

by Way2Old4Dis Yesterday at 16:30 wrote:She has a huge 'smile' on her face, yet there is not one crease in the entire upper half of her face. She looks pretty, but a bit artificial, IMO.

Enlarge the photo. See more creases that way.  But the light hides many.

You're right. But her face/forehead still look out-of-proportion slick to me. If you use that many muscles in the bottom half of your face, something in the upper half has to give. I'm thinking I could show a movie on her forehead and not have a problem with the picture.