Lady Gaga, Time's Second Most Influential Icon: Find Out Who She Beat 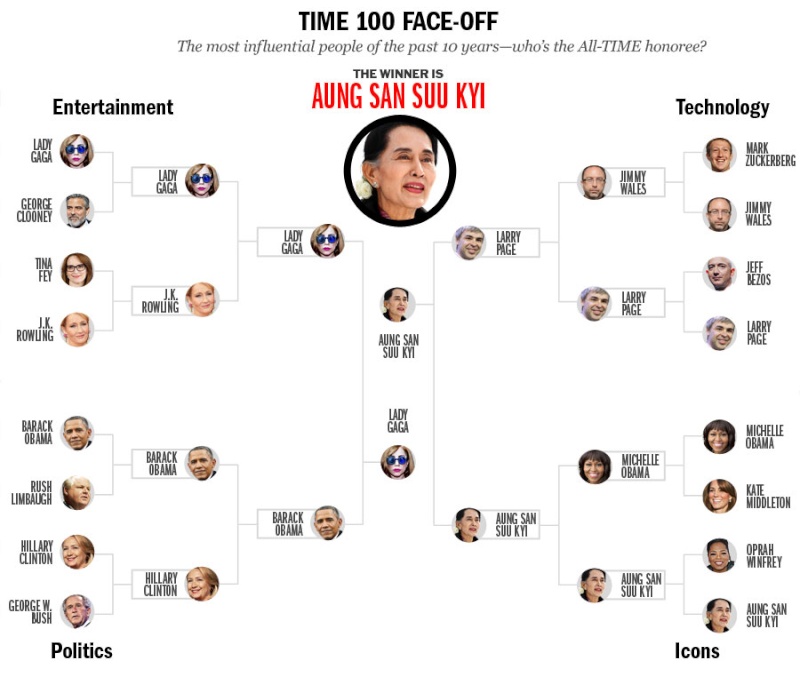 From her infamous meat dress to "Born This Way," Lady Gaga isn't afraid to use her fame to make a statement. But just how influential is the singer?

To commemorate the 10th issue of the Time 100, Time asked readers to vote on previous honorees to see which was the most influential of the past decade. The bracket was divided into four sections -- Entertainment, Technology, Icons, and Politics -- with the winners of each category facing off.

The final round came down to Mother Monster and politician Aung San Suu Kyi, with the latter claiming the title of most influential.

Earning the runner-up spot is still a significant achievement for Gaga. Although she and Justin Bieber are neck-and-neck in the fight for most Twitter followers, the singer bested the current president of the United States, Facebook founder Mark Zuckerberg and Oprah Winfrey.

Maybe this is why the Republican party wanted her to perform at their National Convention last year!

Well, I guess Lady GooGoo's monsters are more in number than George's Cloonettes. Doesn't mean they're smarter tho!