do you remember where you got that picture of George?

Thanks.
Yes,it was from The American film.

tell me
were you searching the same yesterday night glance?

tell me
were you searching the same yesterday night glance? 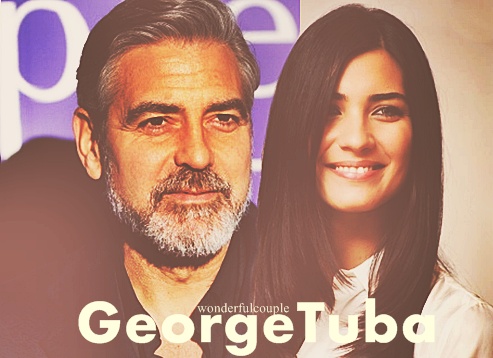 I was saying :
maybe they have the same
serious look

it's me wrote:I was saying :
maybe they have the same
serious look

Thanks I understood you.... 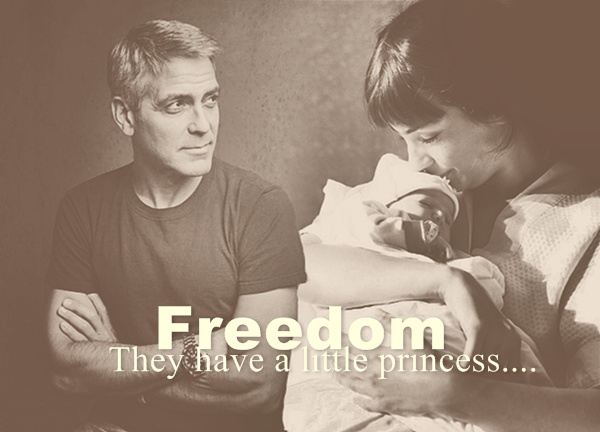 so I send you that one 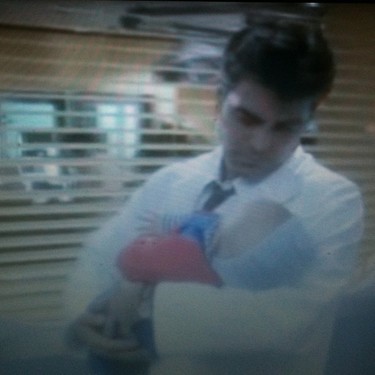 zeynep l love it, they are a beautiful couple . 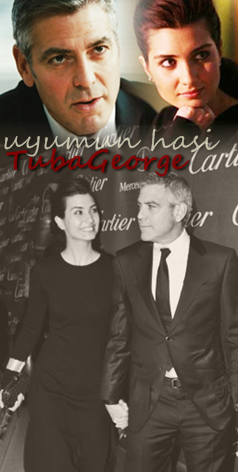 [/quote] zeynep your pictures are beautiful, l have seen her in Asi she was great , l hope Demir isn't jealous.

Did you miss them...? Sorry i did't make works long time because I have a new job...

cup cake and all friend thanks your comment...I don't know maybe her husband is jealous her from George because they are very harmony...

This is better from last my work. 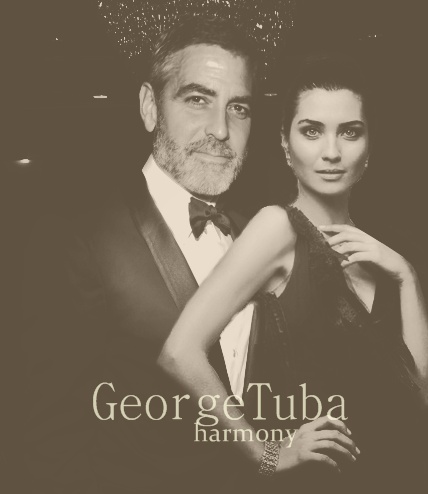 Congratulations on the new job, Zeynep.

Congrats on your job, Zeynep!

They truly are a great couple , l to would love to see them in a movie together , an l already have a script on mind . They are the couple

Well the story takes place on Saudy Arabia , Tuba is the youngest daughter of a sheik , George on the other hand works with her father he has a oil company . Tuba's father want's the deal with the americans an so does George . An they both come on a agreement which is if George agrees on marry Tuba the deal is done . Tuba is a free spirit girl who is in love with someone else , but her father comand's her to marry George . She can't say no to her father they are so many things in risk . Please apply if you would like to hear the rest of it .

the best part seems not yet revealed

cup cake wrote:Well the story takes place on Saudy Arabia , Tuba is the youngest daughter of a sheik , George on the other hand works with her father he has a oil company . Tuba's father want's the deal with the americans an so does George . An they both come on a agreement which is if George agrees on marry Tuba the deal is done . Tuba is a free spirit girl who is in love with someone else , but her father comand's her to marry George . She can't say no to her father they are so many things in risk . Please apply if you would like to hear the rest of it .

This is a good story but this isn't a story for Hollywood because this story is arabesque.
"Tuba is a writer in a newspaper she is very rebellious.George is a very idealist lawer and Tuba's father is villain this story.He is a big business-man."

Well it's an independet movie , an George loves everything that has to do with politics , intrigue , love , hate money , cheating .

it's me wrote:the best part seems not yet revealed

exactly it's me , you haven't yet hear the all story that's only a small sample

Those are from my friend for our.

it's me wrote:amazingly well done!!!!!

I will tell your this comment my friend because this works belong him.

in that fictional script
right?

it's me wrote:in that fictional script
right?

And in what else, sweets?

[/quote] Tuba is in love with someone else , he's name is lmad al Din he comes from a wealthy family too . But just like Tuba he has to marry someone else an that someone is no other then Tubas cousine Fatmah. Tuba is devasted by the news , she just can't believe what just happened how could he do this to her , with her own cousine , where did all the promise off love an comittment went. So Tuba decides to marry George out of resent. George on the other hand is trying to save what's left by his oil company . He and his partner Bob , think that the only way to save the company is the agreement with Tubas father . So George agrees too. Two people who are brought together by fate , will experience love for the first time in their lifes , a unique feeling that will change their lifes forever , that will bring two different worlds together an unite them as one . To be continued ........................

Niiice, Cup Cake. Am tuned in.

Your turn Zeynep, kill it.
you have good imagination too.

a unique feeling that will change their lifes forever

The time for their first meeting has come , Tuba is told that she will meet her future husband he's coming to dinner , to celebrate their engagement . She dosen't know , what to do she excpected these day to be so different , while watching her reflection on the mirror she remembered the time she spend with lmad , an the plans they made for the future . At the exact same time George had a glass of whisky on his hand an was seated in the couch of his hotel room , when his friend told him : Are you sure of this . You know the minute we stepp are foot in that house , you can go back . ls it really worth it?
George : lt is worth it , this company is the legacy that my father left me an he's father before him .
Bob: l understand that the company is all your life , but .......
George then got up of his seat wore his jacket , an said :They are expecting us . we have to go.
ln the house of Tuba .
While in her room and wearing her black gown , tears came up from Tubas eyes , this was it she couldn't go back now . She camed down from the stairs at the exact time the front door opened an George and Bob entered, it was the first time that their eyes meet , George was standing there out of breath watching her coming down the stairs it seemd like an eternety until she stood in front of him .
To be continued .................................................

[/quote] These is their first meeting .

Oh my god my couple has other story from my story no longer.This story should be a wonderful serial in tv .
I want to a movie in Hollywood.Please George hear me please please....

This picture was from their wedding... 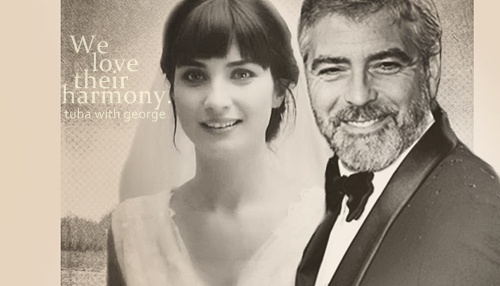 and this picture is after years. (from my friend) 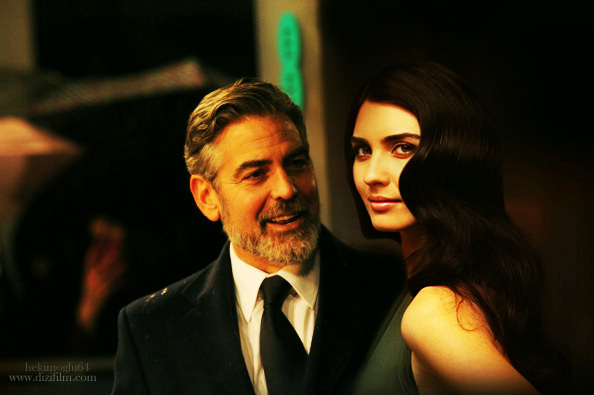 George is handsome with stubble or beard or shaven .

amaretti wrote:George is handsome with stubble or beard or shaven .

Zeynep and Cup Cake, am speechless.

Zeynep and Cup Cake, am speechless. 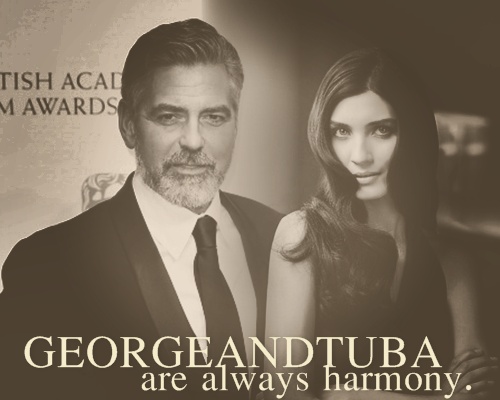 Because pictures are in harmony. 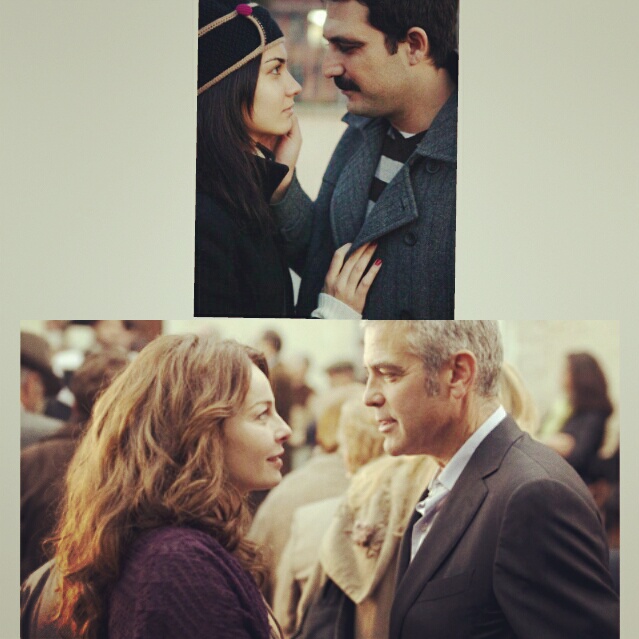 https://www.youtube.com/watch?v=C3lWwBslWqg This is the opening title song for the tv series of George and Tuba. The title of the tv series is Desert Rose .Close your eyes an imagine .Tell me if you like it ?

1999
the camera was surely the last kind
at the time

[/quote]
George couldn't stop looking at her . he had never imagine that she could be so beautiful. Tuba's father Bashir intruduced them. George:Nice to meet you . Tuba: Nice to meet you too. She looked elsewhere , she felt embarresed just by looking on him. George felt embarresed an started talking to Bashir. After few minutes the table was sett , an they were called to sit at the table . George and Tuba were seated in front of eachother , they both felt uncomfotable. They avoided looking one another. Tuba made a big impression on him , but her sad green eyes made him wondered why was she doing something like this. Tuba just wanted to leave from there , to escape from this nightmarre she was living. Wondering that tomorrow this will just be a bad dream, an when she wakes up everything will be as it was. As the night procceded and the dinner had come to an end , Tuba and her aunt were in the kitchen Aisha was curious to find out what she thought about George .
Aisha: So what you think ?
Tuba: He's nice.
Aisha : Tuba this thing will pass, you will know eachother better , you may even love him. l know that it's hard getting married with someone that you don't know. But will time will come respect,then friendship ,afterwords companienship , and then love. Nothing will be easy , marriage is not easy , love is not easy.
At the exact time Bob and George are seated in the living room .
George : Bob can l talk to you for a moment?
Bob :Sure what is it ?
George: I never imagined her to be so beautiful, but is something that torments that pretty face , and l want to find out .
The dinner was over. George was in his hotel room by the balcony with a drink in his hand and thinking about Tubas melancholy eyes . While Tuba was in her bed , lost in her memories .
To be continued ......................................................