@Joanna wrote: was absolutely horrified when I read about the rape stories.

Was it Romney who said that ?

I may be wrong but I think it was Romney's side-kick Ryan who said this who, in my opinion, has 'hoof in mouth disease' because of all the untrue things he's said.

It wasn't just one Republican who has foot in mouth disease Joanna. Frankly, for being the small gov't party, they sure want gov't to regulate my body! The rape comments should be parsed into two sections; the guy who said that women couldn't get pregnant with legitimate rape was Todd Akin from Missouri. However, he and his friend Paul Ryan, actually co-authored a bill re-defining rape in Congress last year. Of course Ryan is now disavowing that but it was his bill. I guess there are women who are really not raped?

In addition to the re-classification of rape, we have several states with Republican governors and legislatures who have made new laws making it impossible for Planned Parenthood to even exist in their states (Planned Parenthood, by the way, provides health care to more than 3 million uninsured women every year with only 3% of their budget going to abortions) and making it impossible for women to have abortions. They've also changed laws so that even in the case of a woman's health being in danger, any doctor that provides an abortion could be put in jail.

In VA, the Republicans tried to force women wanting abortions into having and paying themselves for intravaginal ultrasounds. Because of the uproar, they changed it to regular ultrasounds. But any woman in VA wanting an abortion must now pay for their own ultrasounds, whether they want them or not.

Many Republicans in the South have tried to get "personhood" amendments put into state law which basically says that at the moment a sperm meets an egg, a person exists and has rights. In these laws, they basically make IVF illegal and they make a woman who at 6-8 weeks has an abortion equal to a person who's committed a murder. She and her doctor could be imprisoned if these laws passed. Even in conservative Miss., a law like this was voted down.

The Republicans swept into power again in our congress in 2010 talking about jobs, jobs, jobs and all they've legislated is my body!

I'm sorry if I sounded snarky Cindi in response to that piece you posted but I have reached the end of my rope with these old, white men trying to tell me what to do with my body, while suggesting they are the family values party. It's funny how so many of these same men who promote themselves as the protectors of our families are then caught with multiple women (or men, in many cases), visiting high class call girls and forcing their mistresses into having abortions. They talk about jobs and then filibuster every single possible bill that might have provided work to many of my friends. They talk about caring about student debt and cut Pell grants so that friends of mine will now graduate with thousands of dollars of debt.

I grew up in a Republican family and I know that my parents would die now if they could see what had become of their Grand Ole Party! 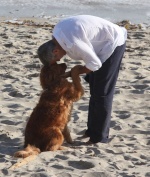 Thanks for all that info Mizerello....I'm not really a political animal but it's interesting to hear the facts from across the pond. As I said I was horrified hearing all that rubbish about rape coming from "so called intelligent people" .....wonder what their wives said about it all ?

We have abortion allowed up to 24 weeks here in UK....but the Health Minister tried to get a debate going about making
it 12 weeks !!
Some women don't even realise they're pregnant at that stage.
Why do men have to make the law regarding women's issues ?
It beats me. Fortunately it was a none event....I think anyway !

The thing about abortion is that you can be Pro-Choice and not be Pro-Abortion. I just don't think because one person may believe one thing due to their faith, they should push those beliefs off on others who have a different belief. I wish we had your system!

But from what I've read about Cameron and the right in your country, they would love to have the power the right has here. I hope you are able to maintain the balance you all seem to have with regard to issues that are colored by what our faith teaches us as opposed to the law.

It's actually scary to read what some US politicians are saying about women and rape. I'm never sure that I can believe that what's being reported as being said was actually said because . . . how could anyone be that ignorant? Apparently it is possible.

Apparently if you get raped and pregnant it's an 'act of god'. I can only assume that if you get burgled and have all your belongings stolen that's also an act of god and no need to contact the police or make an insurance claim.

Anyway, in response to the original post, these stupid traveller quotes have been around at least 10 years. I've seen that email many, many times and the quotes have never been attributed to any specific person until now.

Catholic church doesn´t approve abortion. Not even in rape or incest cases. (Always bad when religion and politics are mixed IMO) Question is not political but religious. However, victim can get treatment as soon as possible to try to prevent conception from occurring immediately after the rape or incest. Medically speaking it is 24-48 hours after and it is not considered abortion.

I am sure there are catholics among democrats who feel exactly this way. As there are republicans who don´t feel this way.

Understandably topic is hot. And people get emotional. But how many out of all the newborn babies in US are a result of rape? I mean in what scale this problem really is? (timing has to be just right, just prior during or right after ovulation) and still conception is not guaranteed but more than 30% goes wrong somehow. And after rape they would not seek medical help.

Rape is more serious crime than stealing something, yet in many countries justice system doesn´t seem to take that into account.

Just came back from the supermarket. People are scrambling to buy bottled water, ripping the plastic and taking it from the stock carts. I saw one old woman with 8 or 9 gallons of water in her shopping cart. In an emergency scenario like this I think they should limit the quantity you can buy. She was probably taking water away from a family.

And as long as I'm complaining I wonder why people have to pay a water bill every month when the water in undrinkable. OK I'll get off my soapbox now. LOL

I'm having a crappy day - my cat just took into my living room a praying mantis bug and is trying to eat it. I think I'll go back to bed now.

Hold onto your hats everybody on the east coast. New Jersey has been declared in a state of emergency. Mandatory evacuations by 4:00 pm tomorrow for the coastal regions. Atlantic City casinos have to close tomorrow. NJ Governor Christi gave a press conference and I have to admit he tells it like it is.

For those of us who live on the east coast I think Halloween is coming early this year. It did last year also. This is one big trick without the treat. EEEkkk.

I know what you mean about Gov Christie. I usually don't agree with him but I loved it when he said that 'if something looks like it is stupid don't do it"....

Oh and I am going to my brothers....still NJ but I won't be alone. Just hoping the house is still standing when I get home.

and to you too, my dear CindiGirl!

Oh my! I hope everyone keeps safe and that the damage is minimal. Let us know how you're getting on.

Happy Halloween to all !

They are very spooky ghosts....they make my iPad screen shrink and shrink
and shrink

I think you've been to a Real Magic shop Katie.

Have sillygirl, cindigirl or blubelle posted since Saturday? I noted they all live in NJ and don't see them here. Have I missed them? are they ok?

No not heard from them. Presuming they have no Internet
Connections due to power cuts.

Well I do hope they and their families are ok.

PattyGirl's in NY too. Hope everyone is okay!

hope so me too
something seems fixed
manymany things not yet

I know some of you ladies like wine. Well, here's some logic behind why we like it so much.

In a number of carefully controlled trials, scientists have demonstrated that if we drink 1 liter of water each day,
at the end of the year we would have absorbed more than 1 kilo of Escherichia coli, (E. Coli) - bacteria found in feces.
In other words, we are consuming 1 kilo of poop annually.

However,
We do NOT run that risk when drinking wine & beer
(or rum, whiskey or other liquor) because alcohol has to go through a purification process of boiling, filtering and fermenting.

Remember:
Water = Poop,
Wine = Health
Therefore, it's better to drink wine and talk stupid,
than to drink water and be full of Shit.

There is no need to thank me for this valuable information:
I'm doing it as a public service

Thanks Cindigirl, it's good to know I'm going to stay healthy.

It's very nice to have all the Sandy team back. I've missed all your wisdom ladies!