Yesterday at 23:07 by annemarie

Yesterday at 22:28 by annemarie

Always thought it was interesting that some of the LA based gossip writers thought Our Hero was after Eva Mendes. Now I can see the likeness there in a way

Sorry, you have to have an account with Corbis in order to see the photo. I just find it weird that we have stories of Monika with George in London last year around May time (denied), this supposed picture of her in Como in July, more stories of her being with George in LA in September . . .

Maybe it was Amal but didn't it happen after the summer that the rumors about him and Monica got really intense, especially when he came to London for MM...and yes Katie...remember when Monika was in front of the hotel Chateau Marmont...This was weird....maybe just maybe this has some truth in it..Just interesting I say

Could be one of two things (maybe!).

She was part of the cover for the Amal relationship. I wondered that when she stepped out of Loulou's.......it's awfully dark in there!!

OH PAN "to cover for Amal" this is a new idea I never thought about. Interesting

Could be even possible...oh boy

I don't see any great mystery. George and Stacy split, probably a lot earlier than announced. George, now single, had been working for a while but had some time on his hands and was feeling the need for some, uh, company. Summer turns into fall; he's met Amal but not yet sealed the deal, so Monika is kept within reach. When he and Amal become a thing, Monika is out the door.

That's what Monika is for. Never an official girlfriend, just an able-bodied placeholder. She knows this. She hates it, but she knows it.

Yes something you Register to see the photo. But is a shit. I do believe that these Monika is always there for George. But George is a big asshole he plays with the women for me. This woman AMAL, he has to be careful if he marries her. They married in England and she knows well with the laws of England from. It will take him all. When it comes to divorce. And that will come the DIVORCE!! 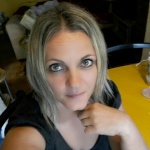 You know, you never can tell.  Funny if tide of events turned dramatically - George  brakes off engagement to Amal suddenly!
Two weeks later it is announced that a wedding took place, to Monika.
Who would we side with Amal, broken hearted but rich, with a line of legal Eagle suitors? Or Monica the the tarty piece with a heart, who stole his heart from the Miss Hotty 2013?  We have a conundrum ?

Cold day in hell for him to marry Monika and she knows it.

hahaha Lorna, may still be warmer than Heaven with Amal.
i take it you would side with Hotty 2013?

@Alisonfan - What the hell are you smoking? He'd marry Gio before he'd marry Monika, and we know that will never happen!

We are talking about George Clooney the man that said he would never ever ever marry again, the guy blandly staring out of ppl Magazine I don't know how many times in the last six weeks in staged photo's with a diamond hung round the back of his neck for all to see, costing nearly half a million, that guy? the guy who said his private life is just that private!
I think that guy is capable of anything, don't you?

Look at it another way maybe.

He's got his girl, he's thrilled, she's very definitely non-Hollywood and other-worldly, so he wants to protect her. He's a bloke and he can fix it.

So he does as much as he can to control publicity output in all its forms. And if that means doing bland exclusives with PEOPLE and the like, that's what he will do

I agree with PAN. The photo ops are basically his way of keeping the publicity circus to a minimum. I'm sure there's a lot going on that nobody knows about and probably never will.

party animal - not! wrote:Look at it another way maybe.

He's got his girl, he's thrilled, she's very definitely non-Hollywood and other-worldly, so he wants to protect her. He's a bloke and he can fix it.

So he does as much as he can to control publicity output in all its forms. And if that means doing bland exclusives with PEOPLE and the like, that's what he will do

Mmm, yes absolutely you are right.  That 4 day fashion parade in London, was just something he couldn't control, and protect her from.  Makes sense to me.

Celebs give exclusive pics to gossip mags all the time. It's done all the time with first pics of celebrity's babies. George & Amal had two choices:

The controlled pics make the most sense.

Well I'm surprised he hasn't released pictures of MONIKA since she keeps hinting that they're still seeing each other with all her cryptic BOO comments on twitter.

Getting back topic here....

Am I the only one convinced that 'boo' has nothing whatsoever to do with George Clooney? I'm sure it's another client, sorry, friend of hers who she's seeing.

That could be George - her dog that is...

Katiedot wrote:Am I the only one convinced that 'boo' has nothing whatsoever to do with George Clooney?  I'm sure it's another client, sorry, friend of hers who she's seeing.

Probably does have nothing to do with George. I do think that she has been a booty call in the past though (hope to God it's in the past!)

Ooh yes, totally agree she and George had a thing. I just don't think her boo is George although she'd surely love everyone to think so. But I could of course be totally and completely wrong about that. It's just that she was just a little to obvious in dropping all those hints.

I think we will see Monika again, if not with George, or Prince Andrew, then maybe someone in between. She is not ready to give up yet.
Winners never quit, and quiter never win.

[You must be registered and logged in to see this image.] Prince Andrew and Monika Jakisic have split after almost five months of dating, Us Weekly exclusively reveals.Credit: Eamonn McCormack/Getty Images; Nick Harvey/WireImage
The Croatian Sensation is on the market again! After about five months of dating, Prince Andrew and model Monika Jakisic (George Clooney’s ex), the pair have officially split, Us Weekly can exclusively confirm.
PHOTOS: Clooney's other ladies
The British royal Andrew, who shares daughters Princesses Beatrice and Eugenie with ex-wife Sarah Ferguson, was spotted out with Canadian lingerie model Dara Tomanovich at the Royal Ascot event last week.
PHOTOS: Royal family tree
Back in March, Jakisic posted a picture of a diamond ring on top of a £600 restaurant bill, inciting engagement rumors to the royal. Squashing any engagement talk, a spokesperson for Andrew told the Daily Mail at the time, “I can confirm the Duke of York is not engaged to Monika Jakisic.”
PHOTOS: Sarah Ferguson's wedding dress
Before Prince Andrew, Jakisic, who also goes by the nickname the Croatian Sensation, and Clooney had an on-and-off fling since 2004. The pair reconnected in September 2013 after he split from Stacy Keibler. Now the Oscar winner is engaged to British lawyer Amal Alamuddin. The second eldest son of Queen Elizabeth, Andrew divorced Sarah Ferguson in 1996, but the exes remain on amicable terms.

Another one bites the dust!!

I'm almost starting to feel sorry for her - ALMOST.