Many congrats Silly Girl - most definately a great asset to this forum for sure - milestones are sentimental and important to me also, so I understand your happiness. We are united in our love of all things Clooney - forgive my mushiness (is that even a word?)

That Cohen Brothers film looks like it's going to be very funny!

The only thing, I don't see any release dates for the US. Strange indeed.

Duh, it was at the top of the post - says release date November 21st - same date as UK release date.

Happy Last Day of Summer to all here on COH!!!
I was taken by surprise by a wonderful man the Summer of 2012!
Hope yours was memorable, too!

Thanks Lakin...glad you had a great summer oh and thanks for the congrts on the posts for me....you too minis---thanks for the kind words....Happy Fall!

Lakin460 wrote:
I was taken by surprise by a wonderful man the Summer of 2012!

Love found me, it's me! Short version is:
A man I've known for eight years went through a nightmare of a divorce. Completely blindsided him. A year later, he was ready to start over and he called one night. We've talked everyday since, either on the phone or together. We're extremely compatible and he treats me like a queen. I can't stop smiling just thinking about him.

Congrats, Lakin.
Hold on to him tight. It's hard to find someone you connect with,
specially from the opposite sex.

I agree
it's hard

Keep your fingers crossed for me, everyone! When I was on holiday I bought these gorgeous wall stickers (you know, vinyl decals that look like stencils except you just peel 'em off and stick 'em on).

I've got a nice plain wall that needs something doing to it and today is project day. The only problem is that I'm irredeemably cack handed and those stickers are fiddly little buggers . . .

Good idea it's me!

I wouldn't even try decorating with something that could invariably stick more to me than to the wall but I give katiedot credit for giving it the old college try! Good luck.

Me, I'm sitting her finally watching the season FINALE of Once Upon A Time which I DVR'd last May. Why?

Cause I hate season finale cliffhangers that then make you wait all summer to reveal what happens!

So now I just DVR the last episode, then wait till the premiere day and watch it right before the new season premieres.

I'm also dying to watch Homeland, but I don't have Showtime (too cheap to get more than basic services) so I'm going to wait until the second season's DVD comes out next year and then buy both to watch the first two seasons back to back.

Advertisers hate people like me. But I don't mind waiting till there are more episodes available to then watch them all in a couple of days.

I did that (inadvertently) with a series called Firefly. I was hearing all this buzz about the wrap up film that came out several years after the series was off the air so I bought the series and then bought the wrap up movie called Serenity and watched it over a couple of weekends.

Got all the marvelous shows with none of the angst that so many of the fans went thru with that show. i.e. it was cancelled abruptly by the network and its wasn't till several years later (and with much fan lobbying) that Serenity came out to wrap up all of the loose ends from the TV show.

I tell ya, network executives are often the stupidest people out there when it comes to what fans like and not.

I 'm still trying to figure out who the moron was that greenlighted Animal Practice. The most inane concept ever. And then the douchebag executive had the unmitigated nerve to preempt the closing ceremonies of the Olympics to show Animal Practice show instead of The Who. WTF?!! I wonder if he still has his job?

So anyway, getting back to Once Upon a Time - anybody else out there watch it? I love it and the entire concept of giving a back story to storybook characters with which many of us grew up.

The only thing about the show though is that Ginnifer Goodwin was dating the guy who plays Prince Charming to her Snow White and it looks like he was caught playing house with someone else from the show. So now it seems they've broken up in real life (all this according to Enty Lawyer's website) and she's not looking too happy about it. Should make for interesting dynamic during filming of the show....

I thought it was Great and looking forward to second series here in UK.

I watched Once Upon a Time and enjoyed it....the past scenes more than the present....Did you watch Grimm...similar but grimmer (pun intended LOL)

I think I've seen adverts on our TV for the new Homeland Joanna..

Season Premiere of Homeland here in the US is tonight (Sept 30th).

As to watching Grimm, can't say that I have. It seems too grim for me. I'm not so much into characters turning into monsters.

I like Once Upon A Time because they've been weaving one story about how the Queen took away magic and put all the characters in a town in New England with the well know stories of their lives as storybook characters. They characters didn't know who they were (until last season's finale) which I finished watching earlier,

I just find it fascinating to see the NOW people and try to figure out who they are in storybook world. At the end of the finale, the curse was broken and now the characters know who they are and magic is being released back into their world.

I guess it's so engaging because so many of us either read or had those stories read to us as children and seeing these characters that we so much a part of my childhood come to life in such a creative way brings back happy memories.

Ryder Cup. Should be in bed since up very early tomorrow. Ole, ole, ole, ole - maybe.

Ryder Cup. Yeah! Off to bed.

Well Done Europe....Sorry USA...but it was for Seve
this time.

Ok, so September is not my month, Not at all. Nothing good has happened this month. To end the month on this note, I was driving to a customers on Thursday when out of the blue, my car started making a loud banging noise. At 80mph. On an LA freeway at rushour when it is packed to the hilt. And then Ka-f*ckin-boom. The front end even lifted, not enuff to take the wheels off the ground, but enuff to make the front end of the car jump up. And then I saw engine parts flying out behind me in my rear view mirror. And smoke. Lots of black smoke. And my car stopped running. I got out, opened the hood, and anti-freeze was spewing from, not one, not two, but seven (yes, I counted them) holes. Brand new radiator. Oil was sprayed everywhere, engine, hood, running into a stream of oil flowing under my car. Apparently, and I am guessing still, I threw a rod thru the bottom of my engine block and out the oil pan. My car does not start anymore. R.I.P. baby car at 597,984 miles.

I called the customer I was heading to and he yelled at me that if I needed to hitch hike I should because, as we all know, absolutely nothing stands inthe way of a computer repair. And then my boss calls, cuz the customer filed a complaint against me, and said if I didnt have a car by Monday I would lose my job. And rent is due, as well as the phone, and internet, and I was sick to my stomach all weekend from nerves as I was calling people who refused to drive their cars to me so I caould test drive them before buying. One person did tho. Out of 62 calls regarding car sales, one person drove his car to me; so, I ended up buying an old (1984) $700 Toyota that has bad ball joints, no seatbelts that work, bad steering (the car drifts as I am steering it), etc, because that was all the extra money I had. So if I drive it into the ground in two months, at least I can find a way to save up for another, tiny bit better, beater! And it will be a different month, and all the September bad luck will be gone.

Oh gosh, Playful, what a nightmare! Luckily it is now a new month so I hope October proves better for you.

Oh playful I'm so sorry....but do take car in that car...it sounds like a death trap to me.
LA is certainly not for you any longer, I feel. 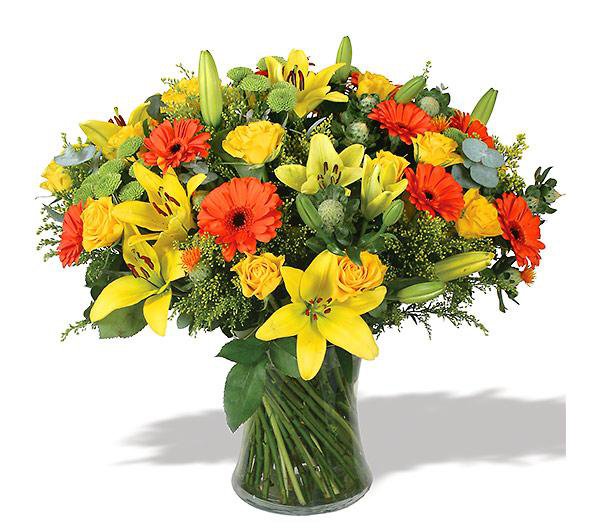 Oh, Deb!
Welcome to October. It should be sweeter for you. Don't forget, it is National Apple Month and an apple a day will hopefully keep the car doctor away. Please be careful driving your "new" car.

Dear playfuldeb, I feel for you....hopefully better things will happen soon. Keep the faith~ oh and be careful with the car....

Yes playful be careful with that "old" car - no going 80 miles per hour on the freeway. I hope you have better car karma with the newer car.