In 1993, the American Government funded a study to see why the head of a man's penis was larger than the shaft.


After one year and $180,000.00, they concluded that the reason the head was larger than the shaft was to give the man more pleasure during sex.

After the US published the study, France decided to do their own study as well.
After $250,000.00, and 3 years of research, they concluded
that the reason was to give the woman more pleasure during sex.

Poland, unsatisfied with these findings, conducted their own study. After 2 weeks and a cost of around $75.46, they concluded that it was to keep a man's hand from flying off
and hitting him in the forehead.

ROFL Joanna, this is laugh out loud funny and I'm picturing a confused man with a black eye, and remember an image is worth a thousand words.

Video - some amusing anecdotes about the luxury of a bidette: Makes sense.

I've got a malfunction and can't switch the sound off now !!!!

Thanks Debbie for those great pictures....a good laugh !

Wow, did you notice how perfectly in step those Scots Guards were in that picture? No? Whaddaya mean you 'weren't looking at their feet?'??

Two blokes were out walking home from work one afternoon.

"What's the rush?" his mate asked.

"The bloody elastic in the legs is killing me," the bloke replied.

Thanks Joanna and Deb for posting those. Too too funny. ROTFL

Thanks go to our melbert for this ! 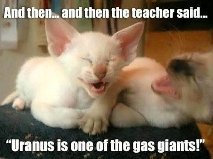 Thank you Joanna! Someday I'll learn how to post pics! 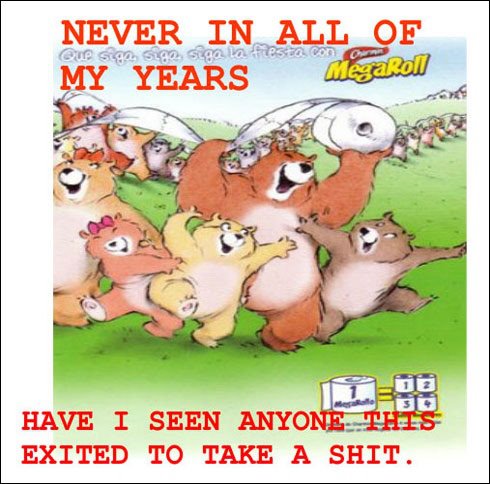 Joanna and Lakin, I giggled so hard, I farted along with!!! 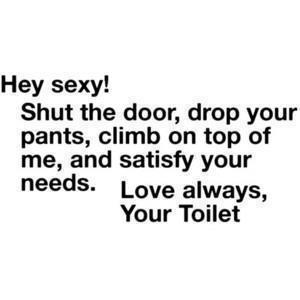