Yesterday at 13:02 by annemarie

wow katiedot u have such a job, nice

What do you do katie? I used to know a friend of someone who worked in a hotel, and it was quite shocking what they got up to with pass keys......

Her ex soccer player Vieri who dated another velina after Betty called Melissa Satta split last week after 5 years together. The Italian press have been discussing it. I assume the video is in relation to the split. The write up of the split is pure Italian gossip gold. Here is one example. Good to see that they think so highly of the parties involved. Think when George and Betty split they will use the same article and just change the names and career achievements??

More gossip from Italy over local Italian football players has a break up between Christian Vieri and his girlfriend Melissa Satta. The Italian showgirl denied only recently that there were some problems in their relationship, saying she still loved her ‘Bobo’ Vieri, as he is known locally. But Vieri’s declaration over the weekend to Eurosport was this:

“It’s all over with Melissa.”

According to rumours, a possible liaison with another Italian showgirl, Sara Tommasi, could be the reason for the break. Vieri and Satta have been together for five years in what appeared to be a happy relationship as they swapped publicity opportunities and Satta started attempts at a modelling career in the US, aiming for Victoria’s Secret but landing a Sports Illustrated shoot instead.

According to some cynical comments on Gossipblog.it, Satta will be off to find someone richer (and probably won’t have any problems there) after her Italian WAG experience, and while Vieri’s career is pretty much over, he will have enough money to find himself someone just as young and pretty.

Oh my goodness, be a velina, hook up with footballers, become a model and find another rich man. Somewhere I read - wash, rinse, repeat...

Betty -watch out - your replacement has just been spotted.

What melbert? we are talkin major career opps. here!! Sorry but I can't image what world they live in. What do they tell their parents when they get a job related promotion? "well, mom&dad, I'm trading in my old boyfriend, because the new ones older but richer!Oh yea, he's gonna get me acting and modeling jobs!

I think that this may be hard to understand but being a star f--ker is their career of choice.

It's the world of golddigging Lucy! But, I think that's another thread. Their parents must be SO proud.

My daughter worked at one of the exclusive hotels in Dallas, TX. for a couple of years, and she had some funny celeb stories, people go dumb-struck over seeing someone famous up close.

Go ahead, Mel, start that new thread. Hit the 'new topic' button and away ya go!

blubelle wrote:I think that this may be hard to understand but being a star f--ker is their career of choice.

I don't get it but some people do the strangest things for fame & money.

Now I have the song 'Starf*&ker' stuck in my head.

Katiedot wrote:@Dexter I think maybe you haven't seen how people behave around major celebrities. I work in some of the best hotels in the world, ones that welcome celebs on a daily basis, but the minute a real star (Elton John, Prince, Maria Carey (sp?), Brad Pitt etc etc) comes in, the whole hotel lurches to a stop.

I have absolutely no reason whatsoever to be lurking in the lobby or hanging around the staff entrance at the back, and yet there I am, alongside chefs, waiters, room attendants and the rest all trying to stare without staring.

Same swimsuit. I think she purposely suck her non-existent tummy in, which as a result makes her look like a skelaton.

I met George in Milan two time and one time in Como with Ely but I never phothographed their because I was ashamed, I didn't want him to look stupid I have looked and seemed in love, they fondless herself continuosly 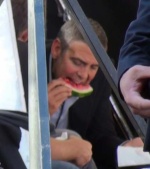 I think a little photoshop is at play as well. Looks gross.

I'd love to have a body like that, I hope that critics had better be

Seeing is believing
[You must be registered and logged in to see this link.]

Lelacorb, looks like a little more meat on them thar bones with these pics!

There is already a thread Katie, but I have to look for it. Or maybe it was incorporated in another thread. I will find it!!!!!!!

lelacorb wrote:I met George in Milan two time and one time in Como with Ely but I never phothographed their because I was ashamed, I didn't want him to look stupid I have looked and seemed in love, they fondless herself continuosly

That's great!! Were you able to talk to them or just seen them together? Thanks for sharing!

sandwiches wrote:I think a little photoshop is at play as well. Looks gross.

No she did look like that. I think that was when she was there about a month ago with her GFs.

Eli could always go back to Bobo now he is single again and things are looking rocky with George. The girls do look alike I guess Bobo has a type too. Wouldn't it be funny if George did hookup with her replacement! LOL

"they were all in the front First Class Galley acting like they needed to be there (they were just looking at Mr. Clooney, but pretending not to--it was kinda cute actually!)."

Do guys really talk like this? Referring to behaviour in an airplane as "cute" ?

You would think they would get a little used to it. I mean it would worry me that the pilot was getting frazzled because george was on the plane too. Do hostesses sign some sort of confidentiality agreement cause you never hear stories. I'm guessing you saw them very early on cause george has barely been near Eli for awhile.

I can't speak for airline crew but many hotel staff have a standard confidentiality clause in the contract. It's vaguely worded and I don't know how well it would stand up in court though.

That why, Atalante, I'm not going to answer your question.

They really don't look or behave all that different is there a mold somewhere we could break?

Wow, these girls look alot alike! Some of the time I wasn't sure if it was Melissa or Eli. And yeah, Blubelle, I agree, she could totally be Eli's replacement - George probably wouldn't even notice the difference!

melissa satta is realy pretty girl and i think at the end of the vid they say she may could hook up with Richard Gere, like elisabetta did with clooney anyone speak italian?

Is Richard divorced? He's been married to Carey since 2002 and they have a child. Oh dear.

Katiedot wrote:Go ahead, Mel, start that new thread. Hit the 'new topic' button and away ya go!

Sometime silence can tell you everything!

Maybe she doesn't care if he is happily married. Eli and Melissa could do a swap Bobo for George! I had a hard time telling them apart too they both even have those bad arm band tatts. I wonder if Melissa will do as well out of the split as well as Eli did.

Elisabetta Canalis on the cover of Be Magazine (France)

Thanks Laetval for the scan. Let us know if she says anything interesting!

The cover line says: Canalis : "I have no secret weapon to seduce men"

Don't remember anyone saying she did!

Oh I betcha she been told by " friends-etc. " that she's all that and something else. Is George all that difficult to seduce? Anyone remember Lucy and the night in Miami?

That be a twofer for George SL+EC=a waiting model?

Lucy, do tell for us cabbage leaf dwellers! We're abit behind on the goss!

Hi fluffy - it's all in the girls girls girls - ghosts of girlfriends past part of the forum, here: [You must be registered and logged in to see this link.]

An overview of what she said : "My definition of chic? To be and not to seem"

The rest of the article I will translate it soon. Patience! 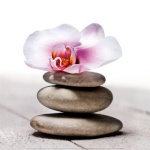