George is suppose to be on tonights ep - Tues, Aug 30. I think for IOM.

I wanted more, but it was okay.

yeh, i saw the promo today on ET , am soooo excited , looks like George is back to doin' interviews agaaain!!!!!!!!! (hopefully) [You must be registered and logged in to see this image.] 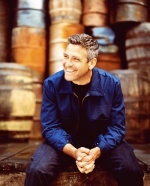 [You must be registered and logged in to see this link.] wrote:I wanted more, but it was okay.

I agree but then again, George always leaves us wanting more.

You know, the description of the ET show was that it was a special episode of IOM and it turned out that he was on for only about 60 seconds. I wasn't home to see it and I made my family Tevo it. They rolled their eyes of course. And of course he came on at the end of the show for just a minute. They advertised him so that they could get people to tune in. LOL

Yes, I agree... It kinda made me a little tee’d off. Even had to set through an EC announcement!

They always do that make it out like your going to see something special show it at the end of their show and it's over before you know it, just like a man.

i freezed myself waiting to see ET and mum told me "all this just to see a min? that's desperate

" really! ET is making a huge deal of NOTHING!! i mean i saw this before on the internet , it was like they discovered the impossible!

It is why I stopped watching ET sometime ago. They seem to really be into following the trashy and just go so overboard. When Anna Nicole died ET reported on her everyday for ages they seem to get a hook into a story then beat it to death. So George was on for a minute, have they got a whole interview or was it a snip from something else?

It was just some general "behind-the-scenes" stuff from the filming, and a very short interview with George.

I record ET now and just FF through it for something/somone I'm interested in.

One of their catch phrases is "we'll be working this story" - ain't that the truth. They work it all right. Make mountains out of molehills, scandals where there isn't any - the usual TV/tabloid gossip stuff. But what amuses (I use that term lightly) me is that they hook into any scandal involving anyone - Tiger Woods might be entertainment for many but he's not in the entertainment business. Neither are the politicians they target (except for Arnie - he's crossed both bridges). I remember when ET started - it was supposed to bring us all the NEWS of TV, movies, music and Broadway, and for a little while it did. They soon dropped Broadway, and have deteriorated from the news aspect to a depressing degree. And they've spawned so many look-alike shows. Now they seem to have relegated Fridays to a theme - biggest break-ups; worst facelifts; most weight lost. Surely there is REAL news in the movie/TV/music industries, isn't there?

Like Dex, I haven't watched ET in years. Hated the way they handled their stories. E! isn't much better, but they usually have depth in the stories they present (whether true or not). Just spend too much time on the K clan. Still haven't figured that out.